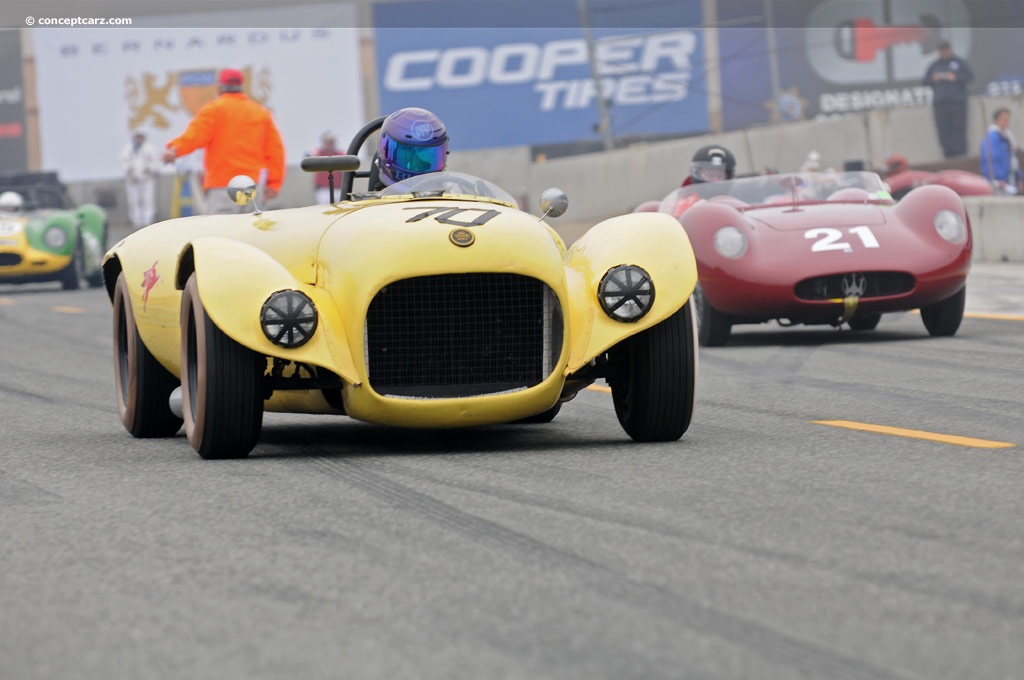 Racer
Chassis #: MKII
Walking up to the Old Yeller, in the mountains outside of Los Angeles, the first thing you are struck by is the car's paint job. True to form, and exactly as Balchowsky had intended it, the Old Yeller looks like its being painted with a broom.Southern California road race promoters used the American vs. European to try to lure spectators to their races. In the early days of road racing, the winners were almost exclusively European, but as the speed equipment industry provided pieces to make the big American overhead valve V8s live, American Specials became more effective. After Lance Reventlow's Scarab-Chevrolets dominated U.S. road racing in 1958, the cars were sold to the Midwest, and Old yeller became the Southern California fans' American favorite.This car is powered by a 6571cc Buick V8 pushrod V8 engine capable of producing 305 horsepower. The 1940 pound vehicle has a top speed of 155 mph.