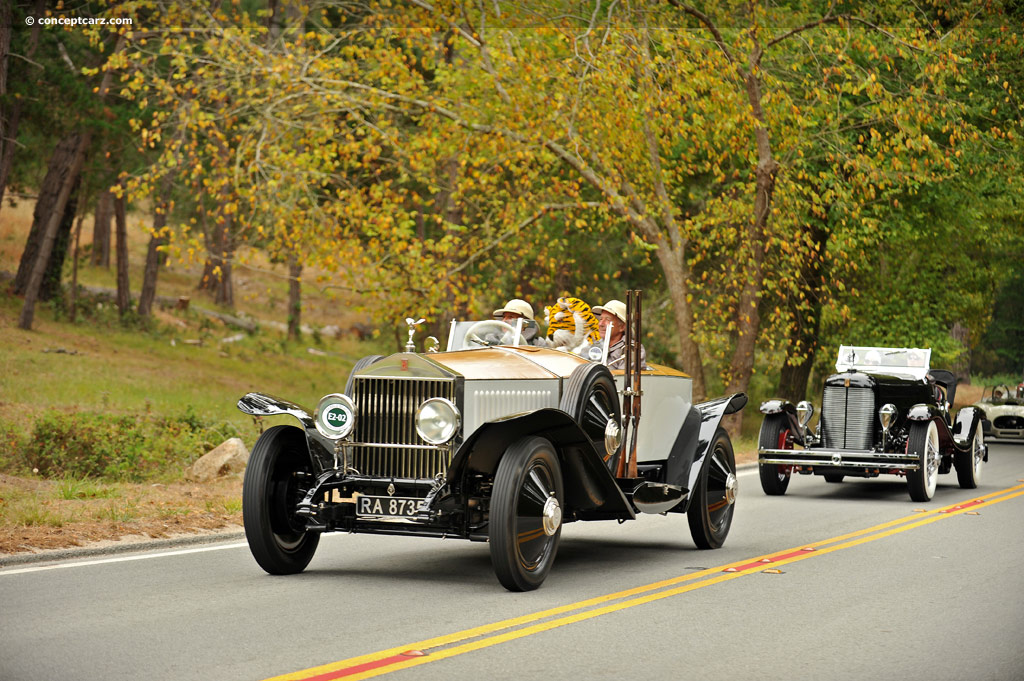 Although the Silver Ghost had been constantly improved over its life span, by the 1920's other manufacturers had begun to close the performance gap, and the decision was made to produce a new car.
By 1925, the New Phantom (retrospectively called the Phantom I when the Phantom II was introduced in 1929) was ready.

A new chassis had not been built so the car used the Ghost chassis. This meant that initially the only difference between the Ghost and the New Phantom was the method of mounting the steering column on the chassis and the new power unit. The six-cylinder overhead valve engine was similar in many ways to the Twenty, but was of 7,668cc. This was over twice the capacity of the little Twenty at 3,127cc.

The Phantom had been prepared in great secrecy, as would its namesake be, 70 years later. During its development the car was codenamed EAC, which stood for Easter Armored Car. Pieces of armor plating were even left around the factory to lend credence to this cover-up story.

A special open sporting body was fitted to the fourth experimental chassis and even though the New Phantom's engine performed better than that of the Silver Ghost, the New Phantom was found to have a slightly lower top speed. This led to Rolls-Royce testing at Brooklands to investigate the effect of weight and, more importantly, of aerodynamics in relation to performance. With completely redesigned bodywork, this car subsequently ran at around 100 mph.Source - Rolls-Royce Motor Cars Ltd.
Rolls Royce launched the new Phantom in May of 1925. Rolls-Royce's replacement for the original Silver Ghost, the Phantom was built in both the U.K. and the U.S. following a year later in introduction and two years in replacement. Usually listed as Phantom I, it featured a new pushrod-OHV straight- 6 engine, which was a vast improvement over the Silver Ghost. The engine was constructed with three groups of two cylinders with detachable heads, and produced impressive power that could pull the large, very heavy vehicle. This engine utilized a '4¼ in (107.9 mm) bore and long 5½ in (139.7 mm) stroke for a total of 7.7 L (7668 cc/467 in³) of displacement'. In 1928, aluminum was substituted for cast iron in the cylinder heads.

The front was suspended by semi-elliptical springs while cantilever springs were utilized in the rear. Though some original U.S. models lacked front brakes, 4-wheel servo-assisted brakes were also specified.

UK models featured a long-wheelbase model that was longer at 3822.7 mm than the American version at 3721.1 mm. Other differences between the two models included the transmission, while the UK models used a 4-speed while US models used a 3-speed transmission, both with a single dry-plate clutch. The US Phantoms were constructed in Springfield, Massachusetts while UK models were built at Rolls' Derby factory.

A total of 226 Rolls-Royce Phantom I's were produced during its production span.By Jessica DonaldsonFrederick Henry Royce was an engineer and the Honorable Charles Stewart Rolls was a man with many talents. He was an aviator, driver, and automobile enthusiasts. In the world of business, he excelled at marketing.

The Rolls-Royce Company began its distinguished career in the early 1900's, focusing on quality and performance. During 1905 and 1906, forty vehicles were produced, all with four-cylinder engines producing 20 horsepower.

1906 was a big year for the young company, with Charles Stewart Rolls and Frederick Henry Royce officially registering the Rolls-Royce Limited Company. The legendary 40/50 six-cylinder Silver Ghost was introduced with much acclaim. During the same year, Rolls and Royce entered the Tourist Trophy Race, one of the most prestigious events of the time. Their powerful and durable car outran the rest of pack, beating the nearest competitor by 27 minutes. In 1907 the company further showcased their vehicles durability by participating in a 15,000 mile reliability event.

In a time when maintenance and durability were on the minds of every consumer, Rolls-Royce left their buyers with peace of mind. To add even more prestige to their vehicles, the vehicles were marketed to the most elite and well-to-do in society. By supplying their vehicles to British royalty, the Rolls-Royce Company concreted their reputation in history. The cars durability was matched by its comfort; they were outfitted with luxurious bodies by some of the top coachbuilders in the industry. The engines were powerful and provided a rather smooth and comfortable ride. The engines were engineering marvels, constructed of an aluminum alloy crankcase. Instead of chains, the timing and ignition drive were both run by gears. The parts were hand polished and constructed to a high degree of accuracy. The sturdy construction meant that conversation were possible, even while the vehicle was at top speed.

The 40/50 HP Silver Ghost models were sold for a period of fifteen years as the companies only offering. By 1922, the Rolls-Royce Company began offering the Twenty which was offered to a larger market, though still very exclusive. Competition such as Hispano Suiza had caught up with Rolls-Royce by 1925; Rolls-Royce responded. Development began on a more modern version of its Silver Ghost engine that would be more powerful and durable. The stroke was enlarged providing a greater increase in horsepower. The resulting vehicle was named the '40/50 New Phantom'. When the Phantom II was introduced in 1929, the '40/50 New Phantom' was retrospectively named the Phantom I.

The Phantom was built in secrecy, using the code name EAC which stood for Easter Armored Car. To reinforce the code name, pieces of armor plating was intentially left around the factory. The Phantom I was the successor to the Silver Ghost and produced for only four years. Though the engine had been modified to produce more horsepower and torque, the chassis was only slightly updated. This would prove to be a major drawback for the Phantom I.

In 1921 a Rolls-Royce factory had been opened in Springfield Massachusetts with the purpose of producing Silver Ghosts that were built with traditional Rolls-Royce quality but catered to the American customer. These vehicles were known as the 'Springfield' Silver Ghosts.

A year after the Phantom was introduced, the 'Springfield' Phantom became available. The late arrival was attributed to necessary modifications, such as converting to left hand drive. The Springfield plant continued Rolls-Royce production until 1931, when the American factory was closed.

This special Phantom I began life as a Hooper convertible. Shortly thereafter it was sent to Belgium to be re-bodied by Jonckheere in something more extravagant. The result was astonishing and large - six meters in total. Who ever commissioned the....[continue reading]

This 1925 Rolls-Royce Phantom I hunting car with coachwork by Barker has chassis number 9LC and body number 5670. It is in a three-seater sports configuration and originally supplied to The Maharaja of Jodhpur. In 1927 it was used by the Maharaja of ....[continue reading]

This Rolls-Royce Touring car, with H.J. Mulliner coachwork, was built in England as a special order for the Duke of Westminster. The automobile has an all aluminum body with all German Silver brightwork. The Phantom engine, new for the 1925 model y....[continue reading]

There were 2,212 examples of the Phantom I produced by the Rolls-Royce UK factory. Approximately 60 examples were sold in Australia, either new or shortly thereafter. Chassis number 10MC was the first to be delivered to Australia, and is globally one....[continue reading]

Specially commissioned in 1924-25 for the Maharajah of Kotah as a tiger hunting car. It was equipped exactly as it is today with an ice chest, special gearing and instrumentation, gun racks and even an on-board safe to carry cash to compensate the fa....[continue reading] 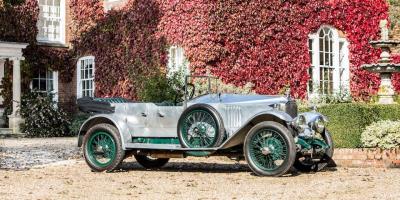 A 1924 Vauxhall 30-98 OE Velox Tourer, recognized by many as the finest British sports car of the vintage era, originally owned by Hari Singh, the last Maharajah of Kashmir, is one of the highlights of Bonhams annual Bond Street Sale on 1 December. The... 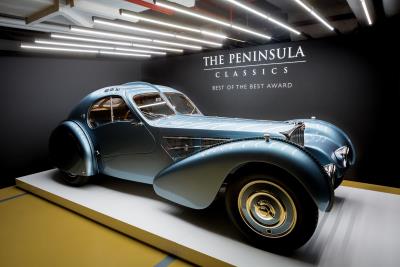 The pre-war Bugatti now carries the top automotive honor, following its qualifying Best of Show Concours dEtat title at the Chantilly Arts %26 Elegance. The award marks the second Best of the Best accolade for the Mullin collection. Paris,... 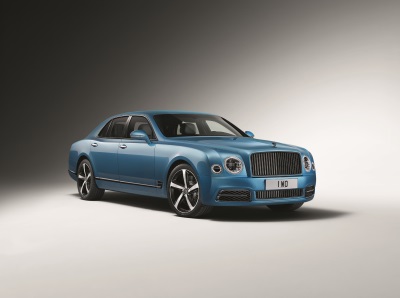 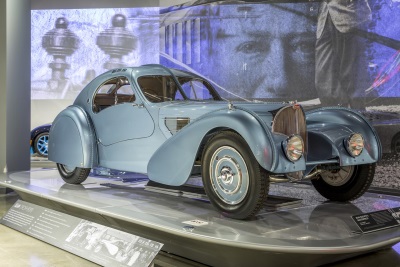 One of the crown jewels of the Mullin Automotive Museums collection, its 1936 Bugatti Type 57SC Atlantic, was awarded Best of Show on Sunday at the Arizona Concours dElegance. The winning car is now on display in the Mullin Grand Salon as part of... 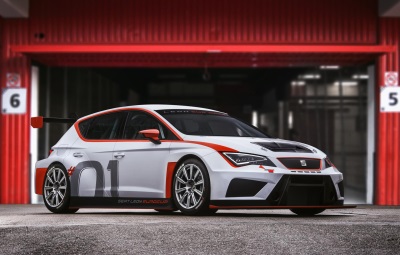 Total 1925 Rolls-Royce Phantom I production: 0
© 1998-2020. All rights reserved. The material may not be published, broadcast, rewritten, or redistributed.