When Henry Ford added the Lincoln marque to his portfolio in the early 1920s, it gave Ford an entry into the luxury car segment. Henry Ford and Lincoln-founder Henry M. Leland had a history together, dating back to the early years of American automobile production. Leland and his machine shop Leland & Faulconer were suppliers of engines to Ransom E. Olds's Olds Motor Vehicle Company, later to be known as Oldsmobile. In 1902, Leland was hired by the partners at the Henry Ford Company to appraise the company's assets and factories prior to liquidation. After the appraisal, he advised the partners to reorganize, and build a new car powered by a single-cylinder engine Leland had originally developed for Oldsmobile. The partners agreed and the Henry Ford Company was renamed Cadillac, which later became part of General Motors. Leland left Cadillac and General Motors following a dispute with company founder William C. Durant over producing materials in support of World War I. Durant was a pacifist and declined to produce Liberty aircraft engines. Leland did not agree with the decision, so he left and formed the Lincoln Motor Company to build V12 Liberty engines. When peacetime resume, the Lincoln Motor Company plant was retooled to manufacture luxury automobiles.

The Lincoln automobiles were advanced, benefiting from the experience building the Liberty engines and Leland's obsession with precious and interchangeable components. The styling, however, was rather mundane and stodgy. Coupled with the post-war recession, the Lincoln marque soon entered receivership. It was rescued by Henry Ford for $8 million.

Henry Ford tasked his son Edsel with updating the styling and revitalized the company. In less than a year, the company was profitable, using Leland-era technology with modern bodies inspired by the era's greatest coachbuilders. The 357.8 cubic-inch eight-cylinder received an improved cylinder head and the prior cast-iron components were replaced by aluminum. The Model L was produced from 1921 through 1930 when it was replaced by the Model K. While the Model L rested on a 136-inch wheelbase, the Model K employed a longer 145-inc wheelbase platform comprised of six cross-members and cruciform braces. The previous 384.8 CID V12 of the Model L delivered 90 horsepower, had three main bearings, mechanical valve lifters, and a Stromberg carburetor. The Model L also used a 384.8 CID V8 but with more efficient manifolding, five main bearings, a two-barrel Stromberg downdraft carburetor, and produced 120 horsepower. It had a separate generator and starter units, the prior vacuum fuel pump was replaced by a mechanical unit, and the previous steel rod and Perrot braking system were dropped in favor of a cable-operated Bendix Duo-Servo system. Double-acting Houdaille hydraulic shock absorbers were placed at all four wheels, along with new 7.00 x 19 tires.

The Model K became the Model KA and Model KB in 1932, distinguished by wheelbase sizes and engines. The Model KA had a 136-inch wheelbase and an eight-cylinder engine while the Model KB rested on a later 145-inch platform and equipped with a twelve-cylinder engine. For 1933, a new 381.7 cubic-inch engine replaced the eight-cylinder engine and joined the 447.9 CID V12. The Model KA continued to use the 136-inch platform and the smaller engine, which featured four main bearings, aluminum pistons, and cast-iron detachable cylinder heads. While the 447.9 CID used the company's hallmark fork-and-blade rodes, the 382 CID did not.

The 447.9 cubic-inch V12 installed in the 1933 Lincoln Model KB had seven main bearings, mechanical valve lifters, a two-barrel Stromberg downdraft carburetor, and delivered 150 horsepower at 3,400 rpm and 292 lb-ft of torque at 1,200 RPM. Both the 381.7 and 447.9 CID were backed by a three-speed sliding gear transmission with floor shift controls and a double dry disc clutch. The braking system was a Bendix Duo-Servo mechanical unit on all four wheels. Freewheeling was standard on the Model KB and optional on the KA.

The exposed horns of earlier models were now hidden behind the grille. The radiator shell now had a rearward slope, with grille-work over thermostatically-controlled shutters. The headlights were made free-standing and given a new shape. Skirted fenders were introduced to Lincoln models in early January and dealers were instructed to update cars remaining in stock with the new style. Fenders were to be exchanged free of charge on cars already delivered, should customers request it.

The Model KA had twelve factory bodies while the Model KB had nine factory and seventeen semi-custom bodies built by Judkins, Brunn, Dietrich, Willoughby, and LeBaron. A total of 1,114 Model KA and 533 of the Model KB were built in 1933.

In the crowded luxury car segment of the 1930s, Lincoln offered a quality chassis that was unparalleled, and with Edsel Ford at the helm, was unwavering in its commitment to the coach-built car. Each year, new designs were solicited from the custom coachbuilders and these renderings were advertised in sales catalogs for Lincoln dealers. While these cars could be custom ordered and built to clients' specific needs and requests, Lincoln also placed lot orders, sometimes as many as fifty at a time. This allowed delivery schedules to be shortened considerably while maintaining the exclusivity and quality of the true coach-built automobile. These are often known as 'catalog customs.'

While many luxury automakers were forced out of business during the Great Depression or diluted by moving downmarket in efforts of diversifying its portfolio, the Lincoln remained steadfast, partly due to the financial resources of its Ford sibling, solid engineering, a vast array of body styles, options, and modern styling. 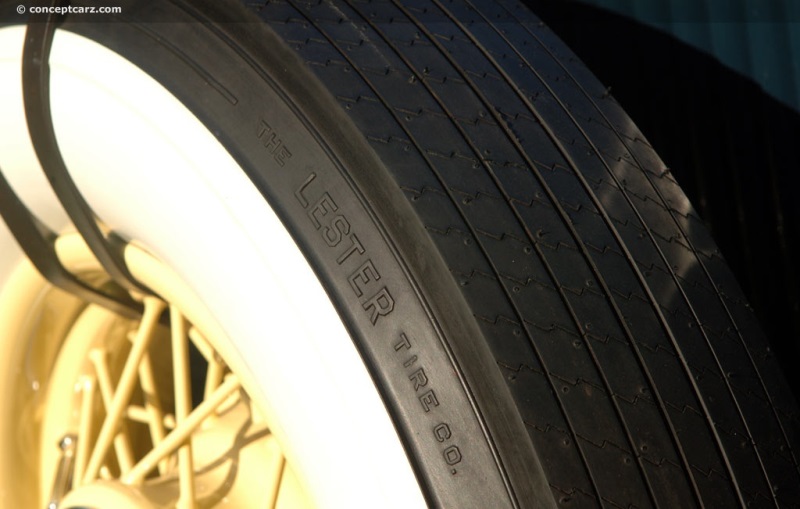 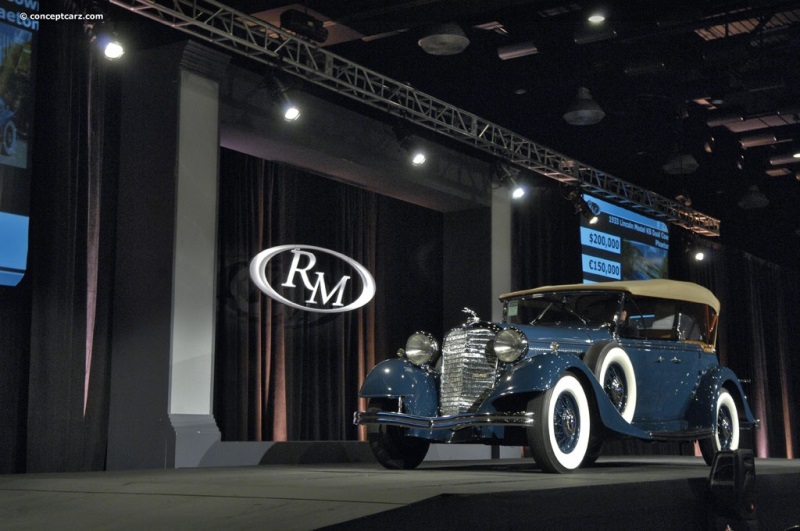 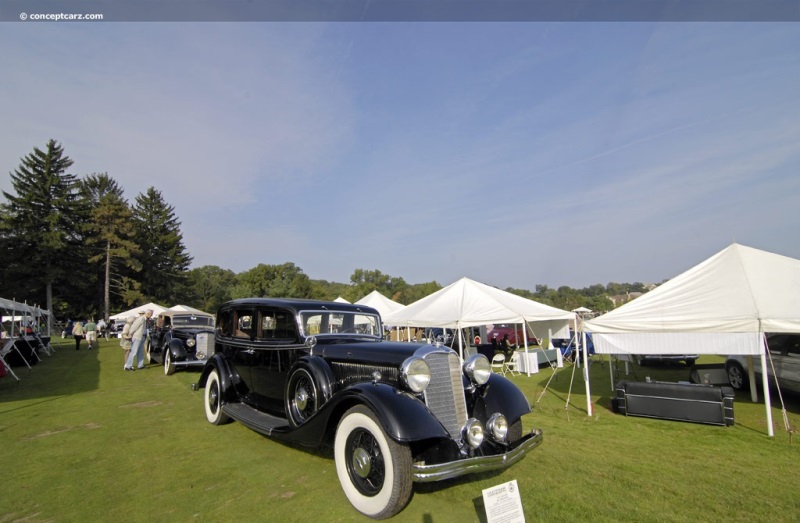 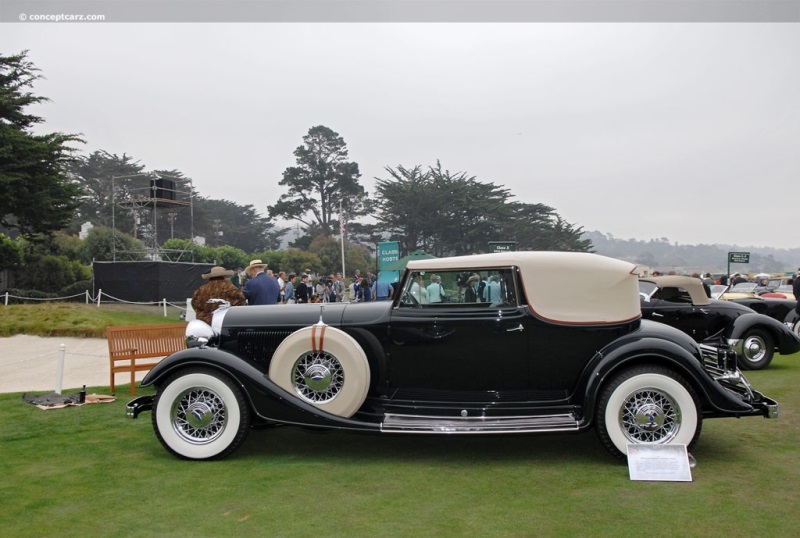 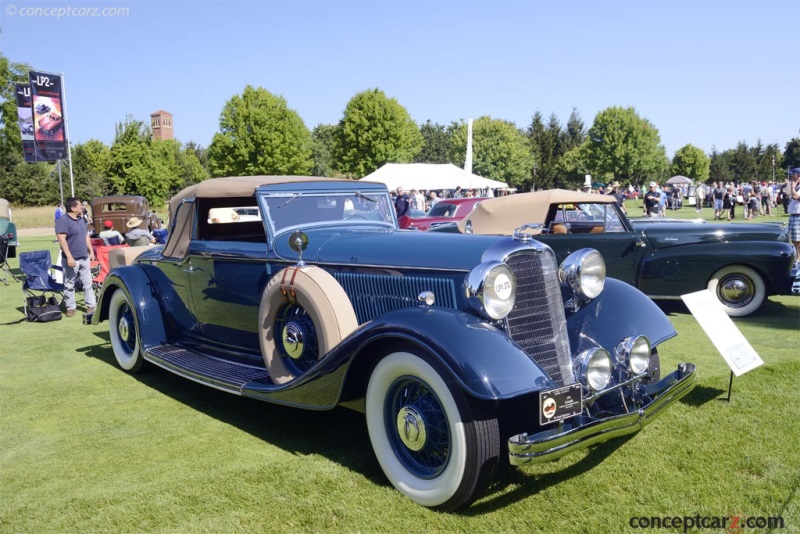 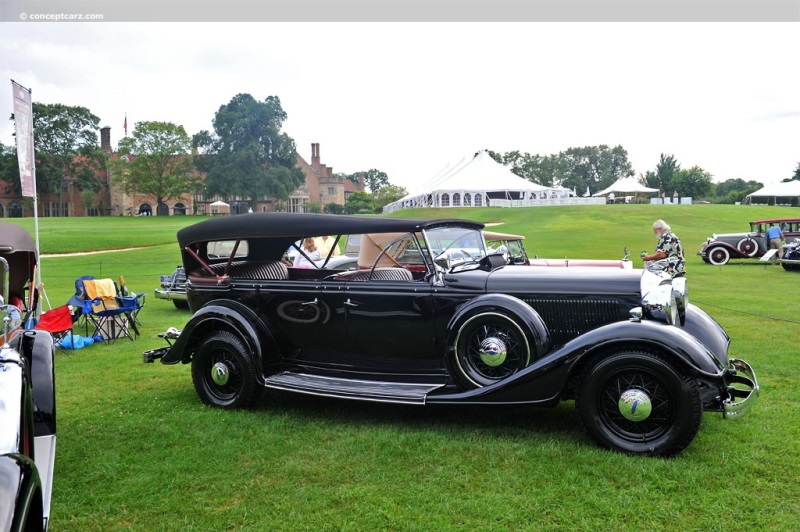 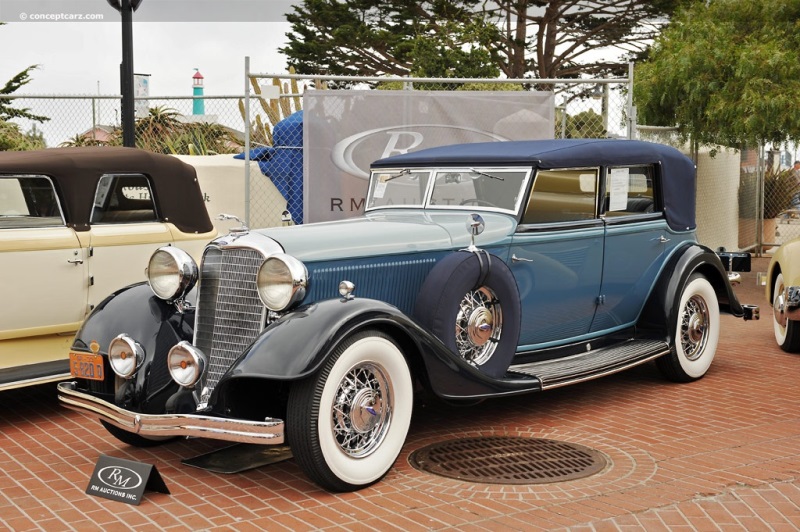 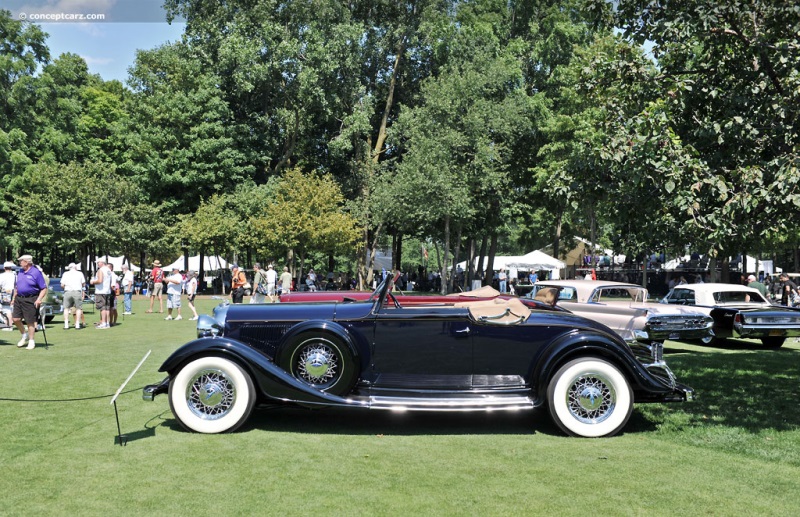 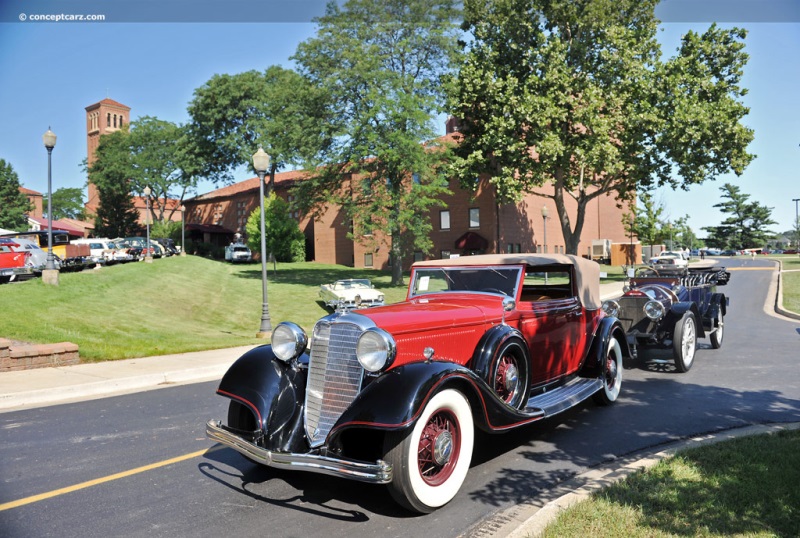 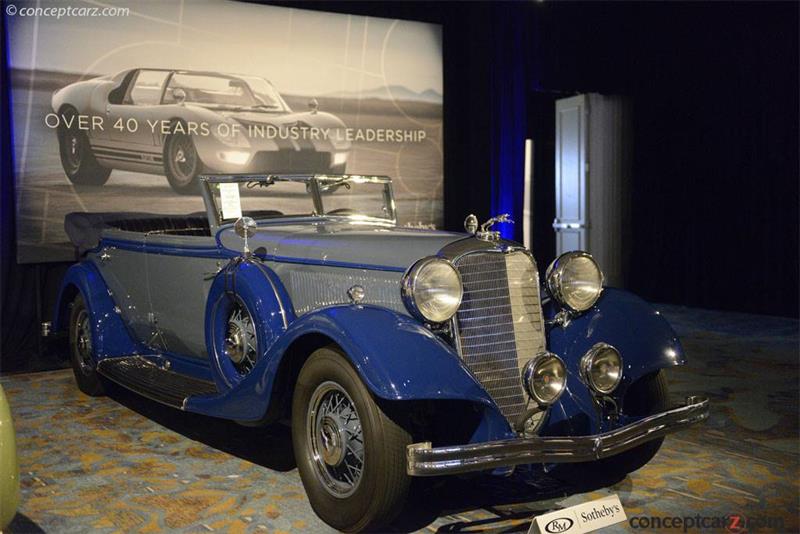 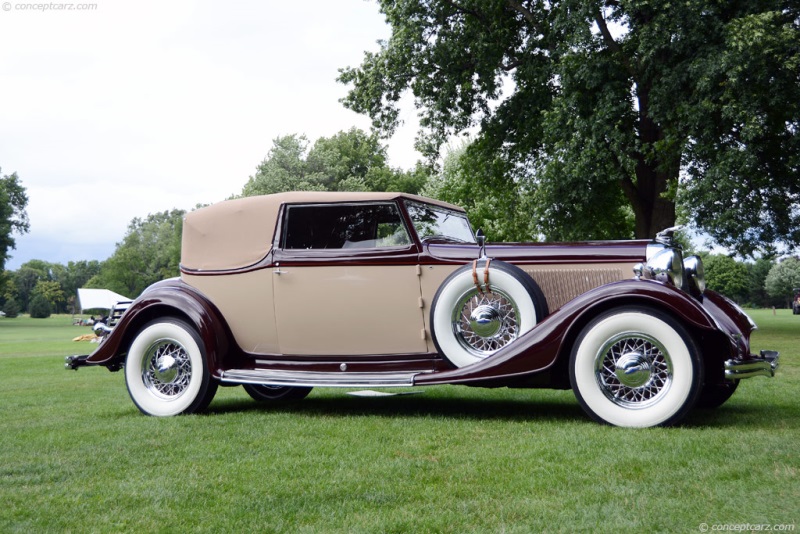 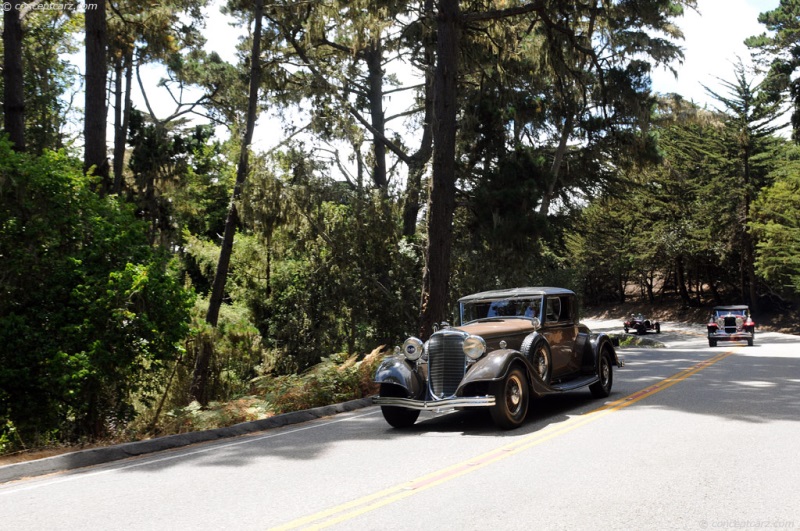 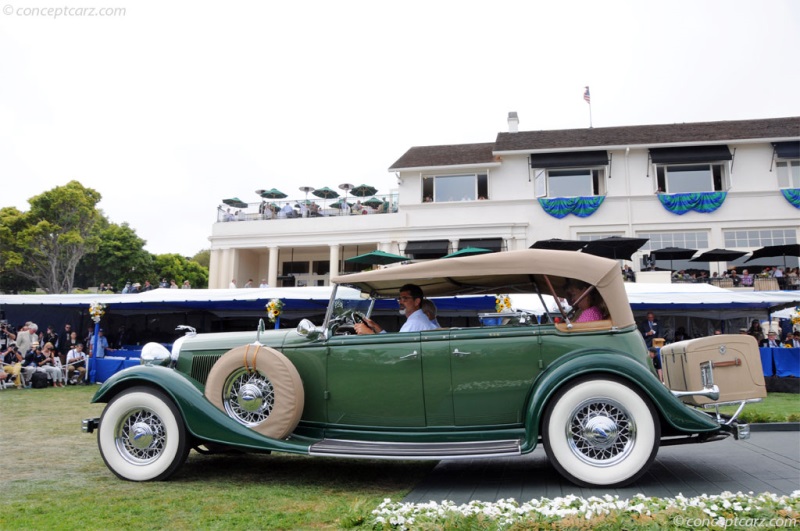 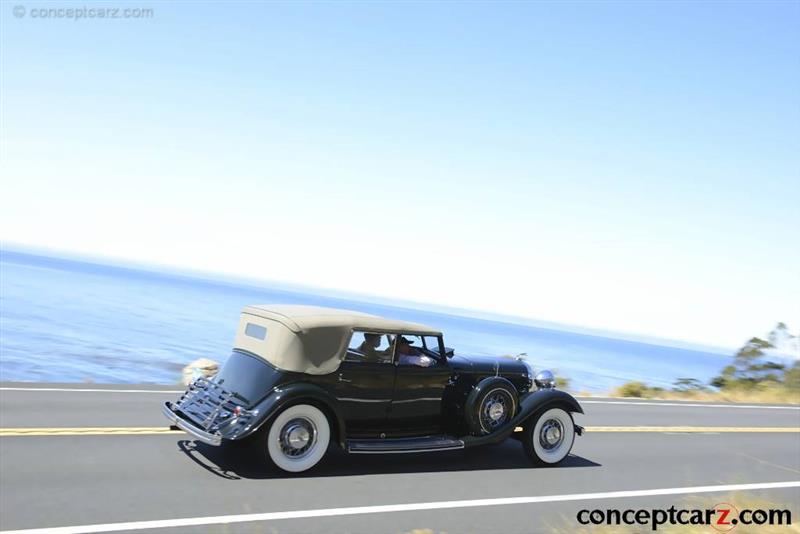 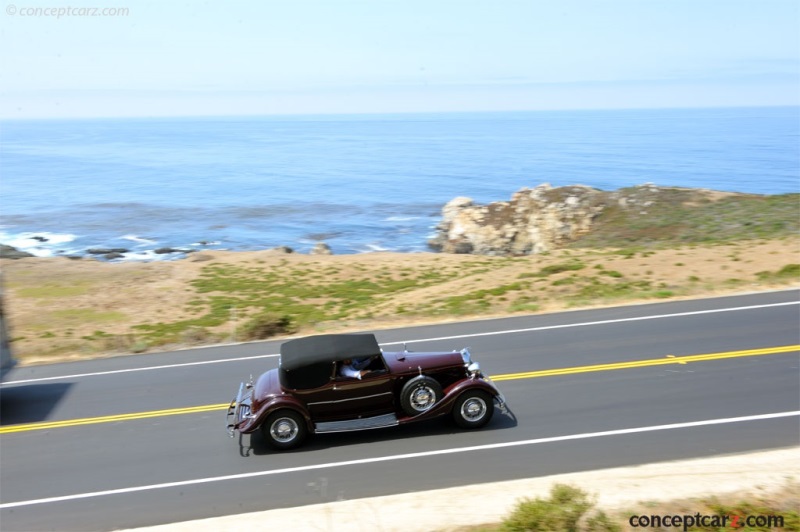 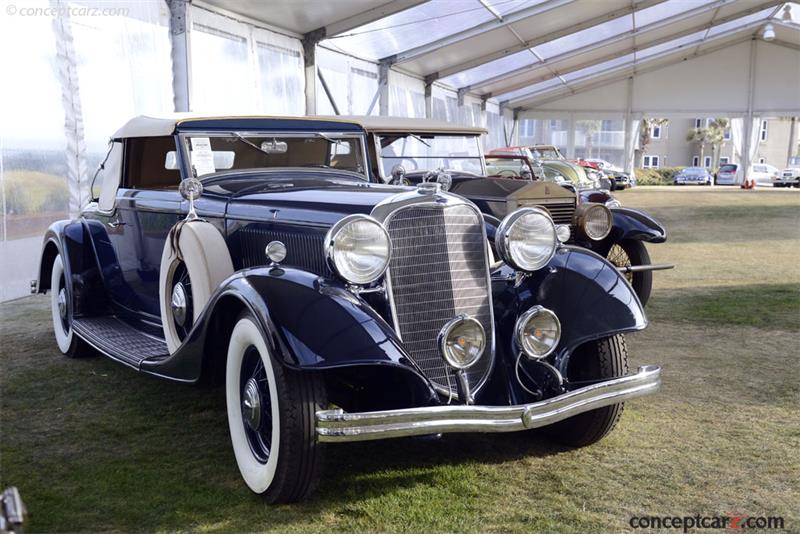 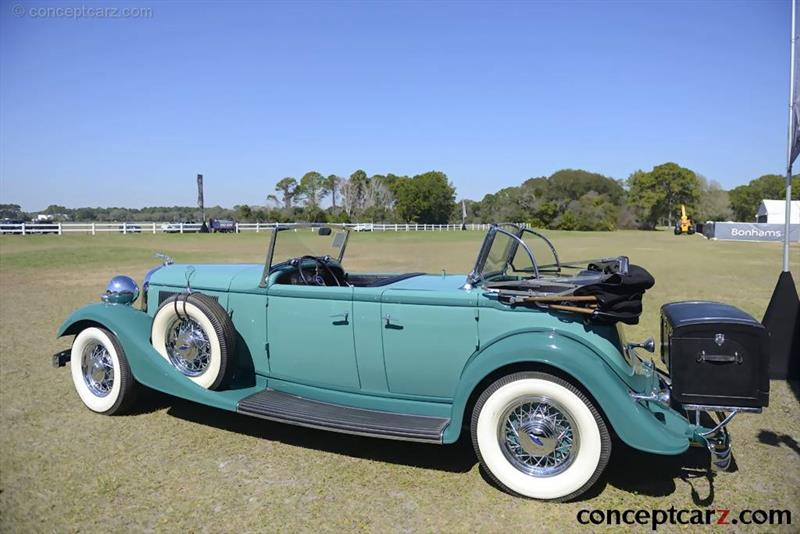