This is a 1954 Lancia D50 with chassis number 0004R. In 1953, Automobili Lancia commissioned a new Grand Prix car. The famous Italian designer, Vittorio Jano, used a tubular space-frame chassis incorporating the engine as a stressed member. Output for the four-camshaft V8 was a reputed 260 bhp and a 280 lb weight advantage.The most visually striking aspect is the twin ponnier-type fuel tanks located on faired outriggers between the wheels. Jano's objectives were improved airflow between the wheels and a constant weight distribution.Alberto Ascari was signed to drive the new car. On its 1954 debut, the car was fastest in practice and lead on lap three, setting the fastest lap before retiring due to clutch problems. Unfortunately, the staggering expender for such a small company could not be sustained.
In 1955, Lancia turned over the entire team of eight D50's to Ferrari, continuing run as Lancia Ferrari's through the 1957 season. Heavily modified by Ferrari, the cars were eventually broken up.
Throughout the 1960's, 70's & 80's, Guido Rosani made it his life's project to gather all the remaining D50 components. This car was reconstructed by Jim Stokes, using all the remaining components of chassis number 0004. The car's return to competition has delighted racing fans across the world.
The Lancia automobile company was an Italian based company created in 1906 by Vincenzo Lancia. It remained in production until 1969 when it became part of the Fiat Group. The company has a legacy of building reliable and unique production road-going automobiles and for their accomplishments in racing, particularly in rally events. They have won the World Rally Championship in 1972, 1974-1976, 1983, and 1987-1992. They are the most statistically successful marque in the sport.After the close of the Second World War, Lancia, backed by the enthusiasm of Vincenzo Lancia's grandson, Gianni, worked aggressively towards building competitive racing machines. Vittorio Jano, of Alfa Romeo and Ferrari fame, was recruited to aid in the creation of a sports-car for the Lancia marque. When most designers were using engines in straight (inline) configuration, Jano chose to use the 'Vee' configuration. The resulting engine was placed in the D50 and made its Grand Prix racing debut in 1954 at the Spanish Grand Prix. This was Lancia's first attempt at contesting a Grand Prix race, and they were doing it with Jano's 'V'-configuration engine, a rather bold step. The car and its mechanical components were not the traditional Formula 1 style, which had the crowd stunned, as the vehicle proved it was a capable machine, with Alberto Ascari driving it to pole position.
The Lancia D50 was a technological marvel that had a very compact engine design, excellent weight distribution, and superior handling. Many of the F1 cars of the day were designed to slide through the corners. The car was less prone to accidents, spinning, or going off course. The compact V8 engine was able to be placed directly between the wheels. It was shorter then smaller engines, such as a straight six, and had a low center of gravity. Its boxy design meant that it could be used as part of the spaceframe chassis, providing structural rigidity as a stressed member. The five speed transaxle was placed in the rear and integrated as part of the rear axle. By having the engine in the front and the gearbox in the rear, weight was evenly distributed. The driver was positioned in-between these two components and left little room for the fuel and oil tanks. In keeping with the weight-distribution concept, the fuel and oil tanks were placed alongside the vehicle, flanking the driver on either side. In traditional designs, the fuel tanks were located behind the rear axle, but this design would not have accommodated Jano's quest for weight distribution. The large panniers that held the fuel and oil actually improved the vehicles airflow. They were positioned between the two tires, so additional surface area was not sacrificed.
Located at all four corners were the popular drum brakes. The suspension was comprised of a tubular double wishbone setup and a rear DeDion axle. The total ensemble weighed a mere 1350 pounds and had a top speed of over 185 mph. The eight-cylinder engine produced an impressive 260 horsepower with the help of four Solex carburetors. The rear-mounted five-speed manual gearbox sent that power to the rear wheels. In the capable hands of Ascari, the Lancia D50 was piloted to two pre-season victories. One of the more memorable races for the D50 was at the Monaco Grand Prix. Ascari was negotiating his car into the lead position when he missed a chicane and crashed, sending himself and the car into the harbor. He had gained the lead, but it had resulted in a premature retirement from the race. Ascari survived; a few days later, on May 26, he was testing a Ferrari sports car at Monza and crashed on the Curva di Vialone, a high-speed corner on the course. The accident claimed his life, bringing to a sad close the life of the two-time World Champion. Lancia found themselves without a world-class driver. Lancia sold their project off to Ferrari, as the prospects in the sport had gone bleak and the experience had brought the company towards the brink of bankruptcy. Ferrari made minor changes to the car and, with the retirement of Mercedes-Benz, was able to claim the 1956 World Championship with the help of the very capable Juan Manuel Fangio.Six cars had been created, but when the program was canceled, many of the cars were destroyed. Only two were spared. They currently reside in Italian museums where they spend most of their time. They are rarely brought to the track; replica's were created from several of the remaining engines and transaxles that survived.
By Daniel Vaughan | Jun 2007 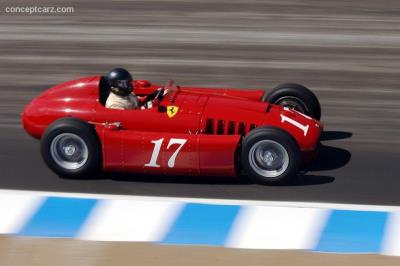 The Quail, A Motorsports Gathering To Include Four Special Classes For Lancia, Lamborghini, Porsche And Ruf Cars

The premier automotive event will welcome four featured classes — The Great Lancias, 50th Anniversary of the Espada %26 Islero, 70 Years of the Iconic Porsche 356 and The Alois Ruf Reunion — during its Monterey Car Week Event held at Quail Lodge... 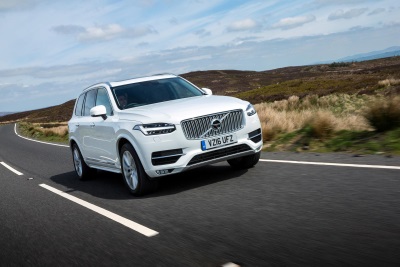 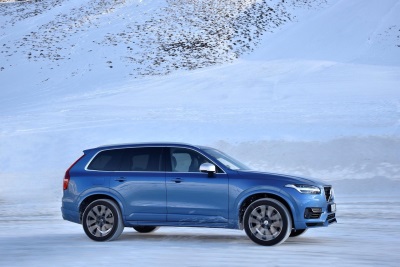 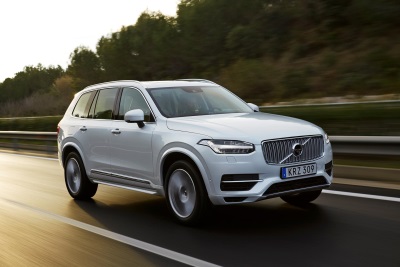 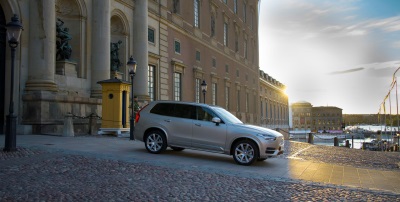 Volvo Cars is delighted to announce that it has been chosen by Swedens Royal Court to supply 35 all new Volvo XC90s as courtesy cars on the occasion of the wedding between Prince Carl Philip and Ms. Sofia Hellqvist on June 13th, 2015. The royal wedding... 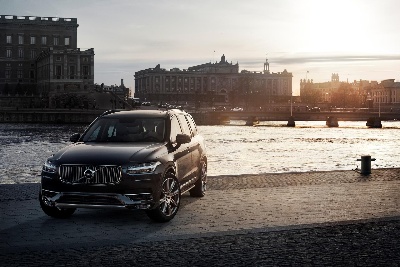 The First Edition of the all-new Volvo XC90, 1,927 individually numbered cars only available for sale via digital commerce, sold out in 47 hours after it was released on Wednesday afternoon at 16.00 hours CET. Most of the cars were reserved within one...
1954 Formula One Season1954 Season Review