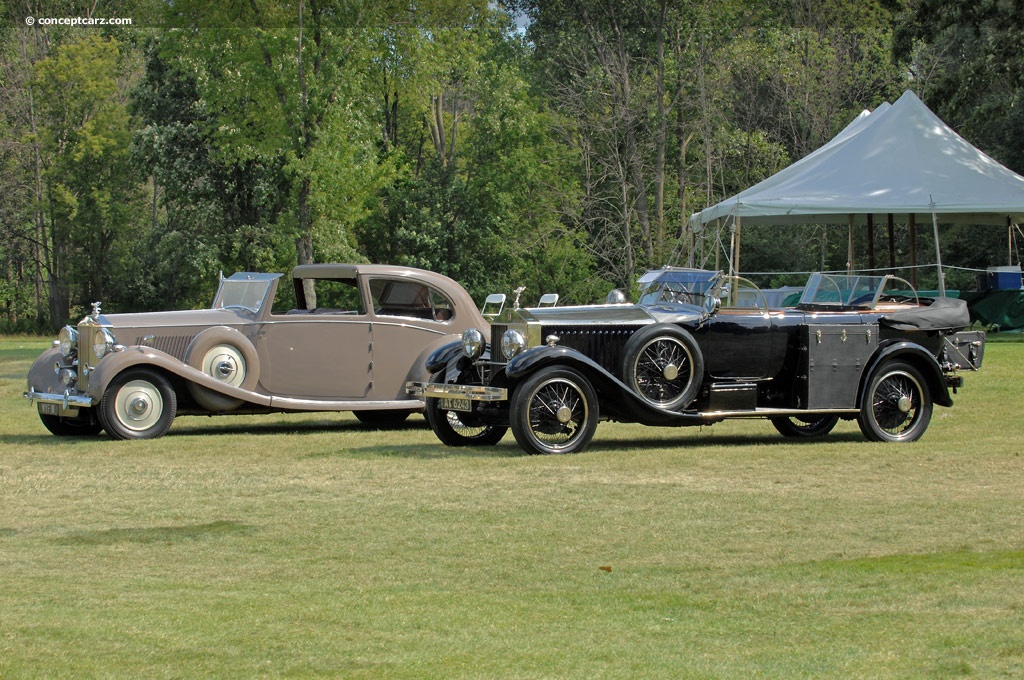 The Silver Ghost was in production for two decades, from 1906 through 1926, with over 7,870 examples built. Over the years many aspects of the vehicle had been perfected until there was only one way to go - build a replacement. The New Phantom was introduced in 1925 and came with a larger '40/50' hp engine. It was built in both the Derby, England plant and the Springfield, Massachusetts division of Rolls-Royce Motors.

This was the company's second 40/50 hp model, and to differentiate between the two models, Rolls-Royce named the new model 'New Phantom.' When the Phantom II was introduced in 1929 (which introduced an entirely new frame), the New Phantom was renamed Phantom I.

Powering the Phantom I was a pushrod Overhead Valve straight-6 engine built as two groups of three cylinders with a single detachable head. The 7.7-liter engine was installed in the same frame as the Silver Ghost, with semi-elliptical springs suspending the front axle, and cantilever springs for the rear axle. Braking was handled by 4-wheel brakes with a servo-assistance system licensed from Hispano-Suiza, although some early United States examples were without front brakes. They had a disc-type clutch and adjustable radiator shutters.

Rolls-Royce produced the chassis and mechanical parts, while the body was built to owner's specifications. The list of coachbuilders including Mulliner, Park Ward, Thrupp & Maberly, and Hooper (among others). American Phantoms could be acquired with standardized bodies from Brewster & Co., which was owned by Rolls-Royce.

During the production life span, lasting from 1925 through 1931, a total of 2,269 examples were built in the U.K., and 1,240 were built in the United States. The Derby-built models ran parallel with the Springfield cars but ended in 1929, whereas the Americans continued until 1931.
by Daniel Vaughan | Jan 2020

Although the Silver Ghost had been constantly improved over its life span, by the 1920s other manufacturers had begun to close the performance gap, and the decision was made to produce a new car. By 1925, the New Phantom (retrospectively called the Phantom I when the Phantom II was introduced in 1929) was ready. A new chassis had not been built so the car used the Ghost chassis. This meant that....
Continue Reading >>

Rolls Royce launched the new Phantom in May of 1925. Rolls-Royces replacement for the original Silver Ghost, the Phantom was built in both the U.K. and the U.S. following a year later in introduction and two years in replacement. Usually listed as Phantom I, it featured a new pushrod-OHV straight- 6 engine, which was a vast improvement over the Silver Ghost. The engine was constructed with three....
Continue Reading >>

Frederick Henry Royce was an engineer and the Honorable Charles Stewart Rolls was a man with many talents. He was an aviator, driver, and automobile enthusiasts. In the world of business, he excelled at marketing. The Rolls-Royce Company began its distinguished career in the early 1900s, focusing on quality and performance. During 1905 and 1906, forty vehicles were produced, all with four-cylinder....
Continue Reading >>

Even the greatest of cars eventually become obsolete, and this was the fate of the Silver Ghost by the early 1920s. A replacement was needed, one that could do justice to the legacy it was replacing and compete with the ambiance, power, and elegance ....[continue reading]

After seven years of experiment and testing, the 40/50hp 6-cylinder 'New Phantom' chassis was introduced in 1925, and the fabled Silver Ghost, launched in 1906 was retired the following year. A total of 1,240 of the 3,340 New Phantom chassis were bui....[continue reading]

The Phantom I chassis boasts a six-cylinder, eight liter engine coupled to a four-speed manual transmission. The wood which makes up the 'estate' part of the Rolls Royce Shooting Brake is of mahogany and oak while the original bonnet painted Brewster....[continue reading]

This Rolls-Royce Phantom I was ordered in January of 1926 by Jacob Lit of Philadelphia, who specified an enclosed-drive body by Kellner of Paris. The chassis, with engine AD15, came off test on March 26th and was dispatched three days later. On April....[continue reading] 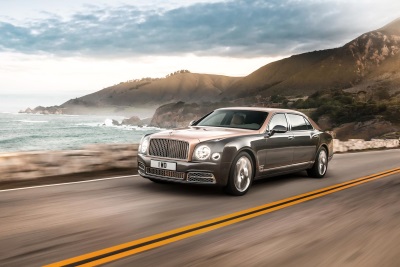