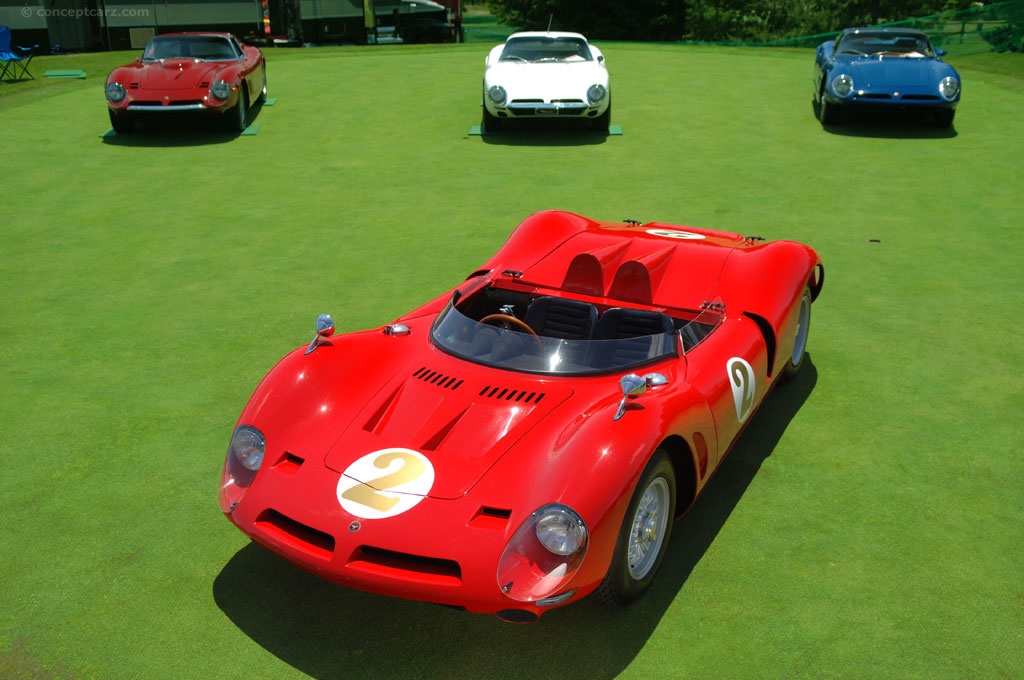 During the 1950s, Giotto Bizzarrini worked as chief engineer at Ferrari on such projects as the Ferrari 250 GTO. In 1961, he left Ferrari and by 1963, he had formed his own company, Bizzarrini. In the mid-1950s, Bizzarrini wanted to include a mid-engined racing car to his lineup to help achieve the success that his GT racers were unable to provide. The GT cars had been able to secure class wins, but Bizzarrini wanted an overall victory.

Design, development and testing began in mid-1965 and it took six months for the first chassis to be constructed. The chassis was a traditional tubular construction with triangle shaped tubes. Disc brakes were placed in the front and rear. The suspension was comprised of double wishbones and the engine was a Chevrolet V8 engine mounted at a 90-degree angle. It had a 5.3-liter displacement size and could produce around 365 horsepower. A five-speed ZF manual gearbox was matted to the engine and drove the rear wheels. The body was lightweight, but strong, comprised of aluminum and fiberglass.

The name of the vehicle, P538, was derived from the Chevrolet Corvette engine '5.3-liter V8'.

The first customer requested that a four liter V12 engine that Bizzarrini had designed while at Lamborghini, be mounted in the car, rather than the V8. The engine was capable of producing 430 horsepower with the help of six twin-choke Weber carburetors. It was estimated that the car had a top speed of around 170 mph. The lightweight fiberglass body weighed only 40 kg and with the entire package weighing just 700kg.

The prototype car was brought to a track and Edgar Berney was given the opportunity to put it through its paces on an official test run. During the test session, the car was flipped and had extensive damage. The car was stripped of all useable materials and applied to a second chassis. During this time, a third car was constructed which was to be used as a Works car.

Upon completion of the second car, it was sent its owner in the United States. The car was powered by the Lamborghini V12 engine. The owner used in SCCA competition and reported to be very fast with exceptional handling. It was later banned from SCCA local competition.

Once the second car had been completed, Bizzarrini turned their attention onto the third car which was to compete in the 1966 LeMans 24 Hours. The car, with V8 power, was ready by the time of the race, but there had not been any time to do proper testing. It took only seven laps for the team to find a problem with the car and it returned to the pits. There had been a vibration in the wheel. The vehicle was hoisted up on jacks and in the process, ruptured a water hose within one of the triangular tubes and sidelined the car from the race.

The car was brought back to LeMans a year later, though it was not allowed to race, for reasons unknown. The prototype racer was now obsolete.

The roadster body was later removed and replaced with a coupe configuration. This had been done in an effort to sell the vehicle as a racer. Bizzarrini felt the coupe configuration would allow it to qualify for more competition than the prior body. The Duke of Aosta was interested in purchasing the car, but he did not fit. Not wanting to turn away a customer, Bizzarrini created a fourth car with a unique coupe body. The car was called the 'Duca d'Aosta' Coupe. The Duke kept the car for only a short time before selling it to collector in 1972. The collector kept it in his care for nearly 30 years. It was sold at auction in Geneva in 1999. In recent years, it was shown at the 2006 Pebble Beach Concours d'Elegance. It was shown at the Blackhawk Exhibition at Pebble Beach in 2005.

The LeMans car's history continued. The newly created ItalDesign Company, formed by Giorgietto Giugiaro, was interested in creating a show car based on the chassis of the P538. The coupe body of the LeMans car was removed and sent to ItalDesign to finish. It took a short forty days for ItalDesign to create the new vehicle, the Manta, which was shown at the 1969 Turin Auto Show. It was re-numbered as 6901. It is powered by an eight-cylinder engine.
By Daniel Vaughan | Apr 2007

This Bizzarrini P538 was shown at the 2006 Pebble Beach Concours d'Elegance and at the 2005 Blackhawk Exhibition. It was sold at auction in 1999 with only 9000 km on the odometer. It is the final Bizzarrini P538 constructed, and it was built specif....[continue reading]

This Bizzarrini P-538 is part of the Van Horneff Collection and is a one-off creation built for competition such as CanAm and LeMans. Production began in 1966 with hopes of contesting LeMans in 1967. Production was later set aside and was not compl....[continue reading] 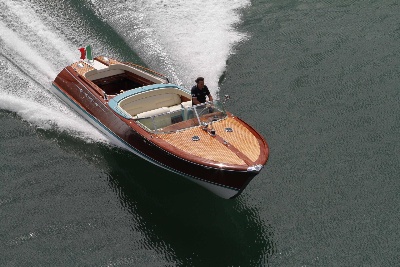 While Formula One will be forever considered the pinnacle of motorsport, from a period between 1966 and 1986 there existed a series that would likely be the closest to anything goes as any motor racing...
© 1998-2020. All rights reserved. The material may not be published, broadcast, rewritten, or redistributed.