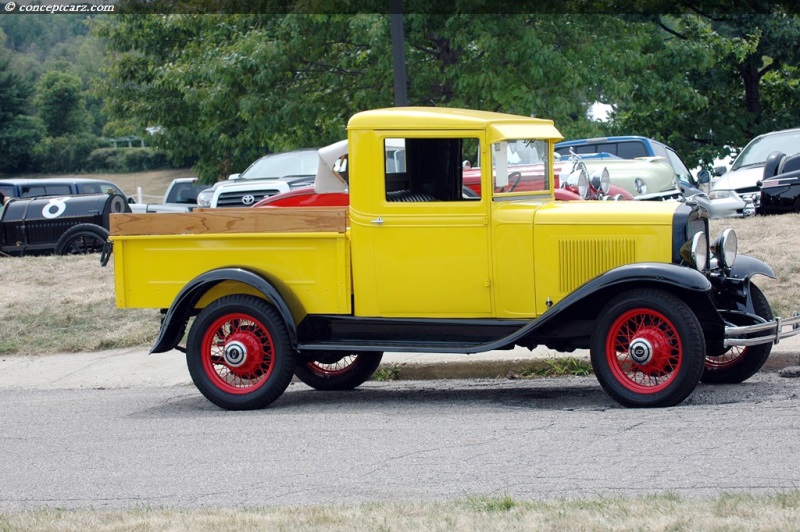 Chassis #: 21AE60237
Sold for $18,700 at 2007 Vintage Motor Car Auction at Meadow Brook Hall.
This 1931 Chevrolet Half-Ton Pickup was offered for sale at the 2007 RM Auctions held at Meadow Brook where it was offered without reserve and estimated to sell between $20,000 - $30,000. It is one of only a few surviving examples and still retains its original engine and transmission. The wheels and wood bed are new, and its two-tone yellow over black running board finish is in superb condition. There are wire red wheels and a black interior finish. The car is powered by a six-cylinder engine that displaces 194 cubic-inches and produces 50 horsepower. There is a three-speed manual gearbox and a 107-inch wheelbase. Chevrolet was absorbed into the GM family in 1918, the same year Chevrolet began producing trucks. Within fifteen years time, nearly one million examples were produced. The six-cylinder engine was added in 1929 allowing for even great load capacities and greater versatility. In 1931, Chevrolet introduced the Independence Series featuring the first 1/2-ton Light Delivery Line. Large hood louvers located on the side of the hood allowed for air to freely flow into the engine. The two-piece front bumper was optional equipment, and offered for only a short time before being replaced with a single-piece design.
There was interest in this vehicle on auction day, though not enough to satisfy the estimated value. Since there was no reserve, the vehicle was sold for a bargain price of $18,700.
By Daniel Vaughan | Aug 2007