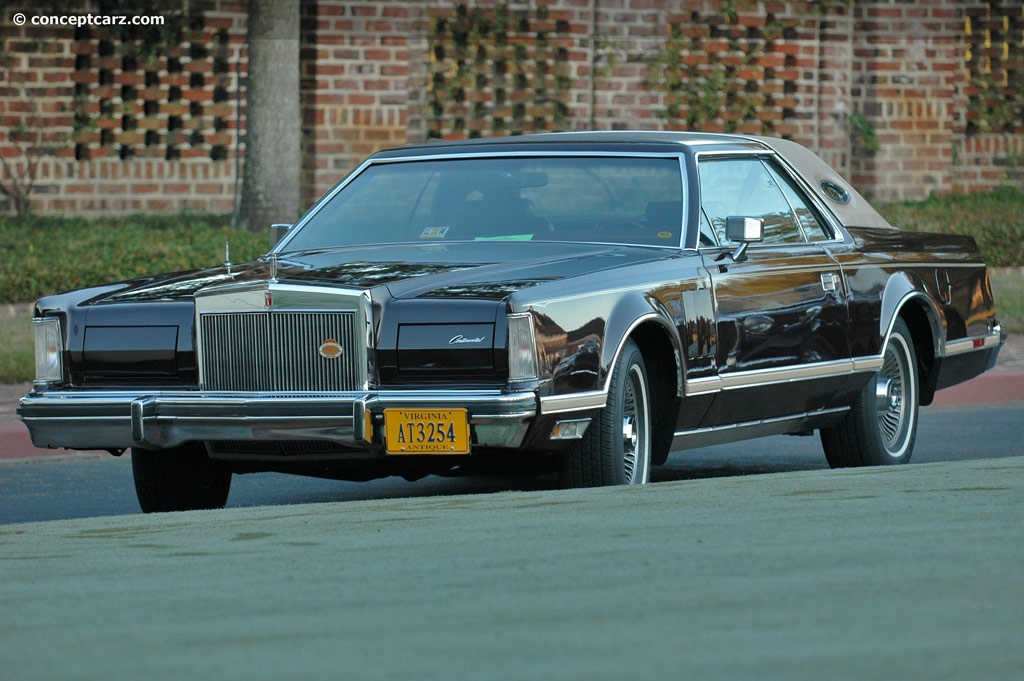 The Mark V shared its chassis architecture with its predecessor, the Continental Mark IV, along with many of its underpinnings due to the popularity of the Mark IV and to eliminate the expense of designing an all-new platform. To aid in fuel economy, the Mark V weighed approximately four-hundred pounds less than the outgoing Mark IV. Additional efforts to increase fuel economy resulted in the Mark V receiving the smallest-displacement engine fitted in a Lincoln or Continental since 1957. The 400 cubic-inch V8 was shared with many of its siblings including the Ford Thunderbird, Ford LTD, Mercury Cougar, and Mercury marquis. An optional 460 CID V8 was available in all states except California.

In celebration of Ford's 75th anniversary, a special version of the 1978 Lincoln Mark V was offered called the Diamond Jubilee Edition. This special edition was finished in a choice of special Diamond Blue or Jubille Gold clearcoat metallic paint. It had Valino grain accent molding, Valino grain landau vinyl roof, Valino grain vinyl insert in the trunk lock cover, and Valino grain padded vinyl on the decklid contour. The unique hood ornament was color-keyed to the body color, as were the vertical grille bars. A special paint stripe was used on the hood, and the bumper guard pads had horizontal rub stripes matching the body color. Additional features included special opera windows, 'Diamond Jubilee Edition' script with a simulated diamond chip laminated in the beveled glass, 'Continental' letters speed out on the simulated spare tire cover, coach lamps, and brightwork along the fender louvers. The customer's initials were personalized on the door. At all four corners were turbine-style cast-aluminum wheels with colors that matched the body, wrapped with dual wide-band whitewall steel-belted radials. The leather-covered console housed an umbrella and the keys had a wood-tone applique insert. There was an illuminated entry, tilt steering, interval wipers, and a leather-bound owner's manual and leather-bound tool kit.

The Diamond Jubilee Edition was available on the Mark Vi and the Ford Thunderbird.

Modifications to the 1978 Lincoln Mark V included revised door lock cylinders and ignition lock switches for improved theft protection. For improved coolant flow and heater performance, larger heater core inlets and hoses were installed, along with larger radiators. The standard Luxury wheel covers were mildly updated with fewer ribs, a one-year-only feature that would re-appear in 1980 on the Continental, Town Car, and Town Coupe.

The full-length, simulated convertible 'Carriage Roof' joined the Rear Landau Vinyl and Full Vinyl roof options for 1978. The Carriage Roof was only offered in white canvas-embossed vinyl, and the standard opera windows were replaced by rear seat side-quarter trim panel vanity mirrors. The Power Glass Moonroof option was not offered on Mark V models equipped with the Carriage Roof.

The Mark V stood alongside the Continental as the largest Lincoln models ever produced. The only true remaining competition for this ultimate luxury vehicles was the equally grand Cadillac eldorado. The Mark V continued the tradition of optional high-style Designer Series, first offered in 1976 on the Mark IV. These special editions came with special paint finishes, interior upholstery, and special amenities. The Cartier Designer Edition was by far the most popular of the four available choices, with 8,520 produced out of total Mk V.
by Daniel Vaughan | Nov 2020

This car is a Bill Blass Designer Edition; all such editions were in Midnight Cordovan with either leather or fabric interiors. The base price for the Mark V was $12,099; however, Bill Blass editions were in the $14,000 range. ....[continue reading]

This 1978 Lincoln Continental Mark V Coupe is finished in Midnight Blue over a white interior and powered by the optional 460 cubic-inch V8 coupled to a C6 automatic transmission. The car is well-appointed with the larger engine, power steering, powe....[continue reading]

For 1978, Lincoln's large personal luxury coupe had a list price of $12,100 and produced 72,602 examples. Few exterior changes were made; the refinements they made were mechanical along with new standard wheel covers. Ford offered a special Diamond J....[continue reading]

This 1978 Lincoln Mark V Coupe is powered by the 460 CID V8 with 200 horsepower backed by an automatic transmission, has power steering and power brakes. There are power driver and passenger seats, defroster with heated mirrors, disc brakes, and turb....[continue reading]

This 1978 Lincoln Continental Mark V Coupe is finished in cream with a matching Valino 1/2 vinyl roof. This two-owner vehicle has 48,000 miles on the odometer. It is well equipped with the optional 460 cubic-inch V8, tilt and cruise control, auto lam....[continue reading] 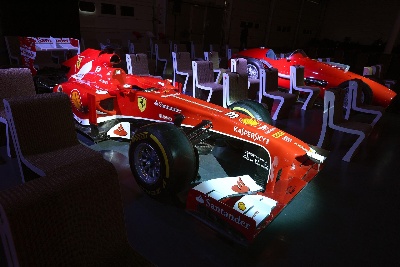 Maranello 19 December – The engine which Scuderia Ferrari will use in 2014 is called the 0593. A three dimensional preview of the powertrain that will be fitted to the Maranello Formula 1 cars as from next year, was shown today to a select group...