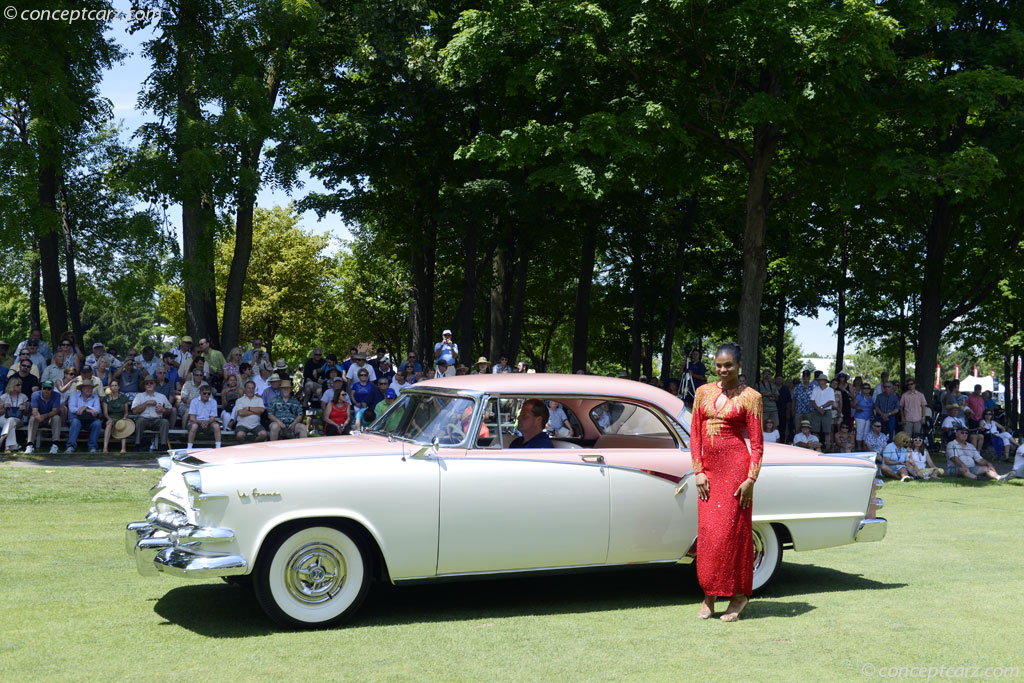 The Dodge La Femme was produced during the 1955 and 1956 model year with total production reaching 2500 units during those two years. 1500 were produced in 1955 and 1000 in 1956. The La Femme was a $143 option package that was marketed toward woman buyers. The vehicle was the Dodge Custom Royal Lancer, and the package included either 'Sapphire White' or 'Heather Rose' paint scheme. Gold colored 'La Femme' scripts adorned the vehicle and replaced the customary 'Custom Royal Lancer' script on the car's front fenders. The interior continued the female ambiance, with a special tapestry material featuring pink rosebuds on a pale pink background and pale pink vinyl trim. Included in the purchase price was a rectangular purse that matched the interior of the car. A special compartment kept the purse safe while the vehicle was being driven. Inside of the purse was a lipstick case, cigarette case, lighter, and change purse, made by Evans.

The car also came with a custom raincoat, rain bonnet, and umbrella which also coordinated with the rosebud interior.

For 1956, the Heather Rose and Sapphire White paint scheme was replaced with a Misty Orchid and Regal Orchid color scheme.
By Daniel Vaughan | Jun 2007

In the post-war 1950s, the increasing influence and buying power of the American woman was recognized by automakers. They reacted by introducing concept cars designed to appeal exclusively to women.....[continue reading] 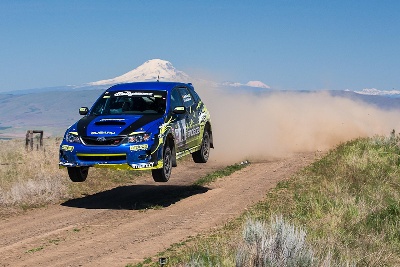 Subaru Rally Team USA dominated the Oregon Trail Rally to win the third round of the Rally America National Championship held in Portland and Hood River, Oregon on May 3-5. The British duo, David Higgins and co-driver Craig Drew, never relinquished...

Mitsubishi Motors North America, Inc. (MMNA) is proud to announce that its well-equipped and affordably-priced 2013 Mitsubishi Lancer sport sedan has been recognized as the Best Value in the small sedan vehicle segment by USAA. USAA, a leading financial... 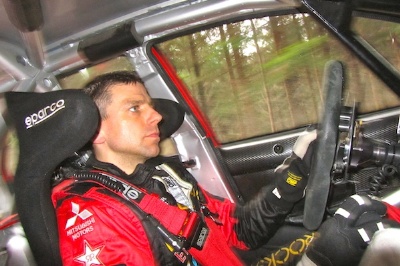 Reigning North American and Canadian Rally Champions, driver Antoine LEstage (of St-Jean-sur-Richelieu, Quebec) and his co-driver Nathalie Richard (of Halifax, Nova Scotia) will contest the remaining events of the Rally America series at the wheel of... 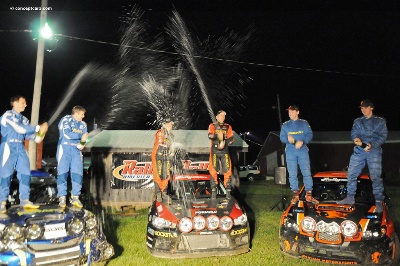 L'Estage and Richard seize another victory at STPR

The Rockstar Energy Drink Team of Antoine LEstage, of St-Jean-sur-Richelieu, Quebec, and Nathalie Richard of Halifax, Nova Scotia, took the top podium finish in this weekends Waste Management Susquehannock Trail Performance Rally®, presented by Citizens...
© 1998-2021. All rights reserved. The material may not be published, broadcast, rewritten, or redistributed.