As the latest addition to the world's leading sport-utility vehicle manufacturer's line-up, LR2 sets new standards in its segment. New from the ground up, LR2 delivers outstanding on-road performance as well as the class-leading off-road capability of a Land Rover. A dynamic design, purposeful stance, smart and spacious interior, and an abundance of advanced technologies complete the LR2 package that is competitively priced at $34,700 in the Ú.S.

'LR2 combines the advantages of a premium sedan – such as polished ride, accomplished performance and an attractive cabin – with the attributes of a robust SÚV,' says Richard Beattie, executive vice president, marketing and sales, Land Rover North America. 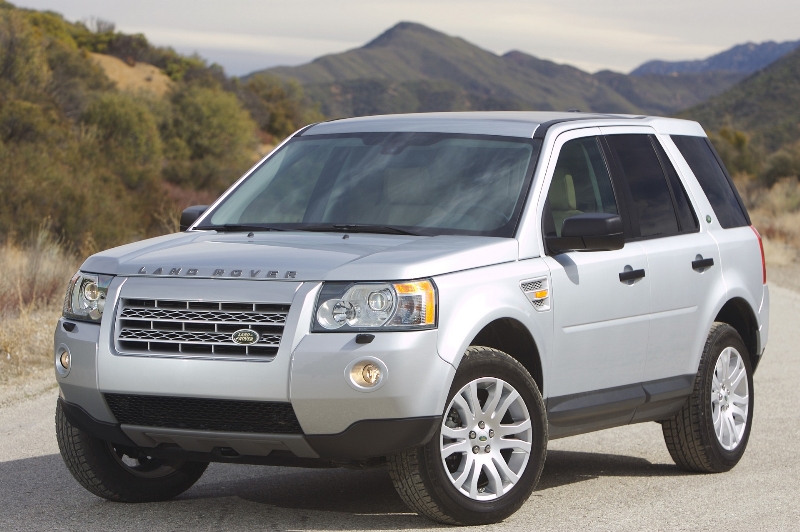 'With its tough go-anywhere ability, stadium seating, cabin versatility and spaciousness, we believe that no other compact SÚV gets closer to blending these best-of-both-worlds abilities.'

Technical highlights of the LR2 include a brand-new 3.2-liter inline-six engine featuring advanced technologies to deliver an outstanding combination of performance and economy. The 230bhp* i6 engine provides 0-60 mph acceleration in 8.4 seconds (0-100 km/h in 8.9 seconds)*. The engine is matched to a new six-speed automatic transmission, with Land Rover's CommandShift™ offering manual sequential gear changes when required. There is also a driver-selectable sport mode, for livelier performance.

Inline-six cylinder engine configurations are ideal for delivering a smooth ride, and the compact new unit in LR2 is small enough to mount transversely. The benefits of transverse fitment include improved interior packaging and safety performance.

The interior package of LR2 has generous head, shoulder and legroom, in both the front and rear. Large glass areas emphasize the spacious feel and complement the elevated ‘command driving' position – a Land Rover hallmark – and ‘stadium seating', where rear passengers sit slightly higher than front occupants, for a clearer view of the world outside. Cargo space is also among the best in class: 58.9 cu. ft. (1667 liters)* with the rear seats folded and 26.7 cu. ft. (756 liters)* with the rear seats up.

The exterior and interior design of LR2 is completely fresh, integrating the company's unique design language with a form that is instantly recognizable as the latest Land Rover.

Vital Stats
Engine : 3.2 L., 6-cylinder
Power: 230 hp
Torque: 234 ft-lbs
6-speed Automatic
'We purposely kept strong Land Rover design cues, such as the clamshell bonnet, stepped roof and the basic form,' says Land Rover design director Gerry McGovern. 'The overall look is new and contemporary. The design is chiseled, geometric and simple – it looks like it's hewn from the solid. We have kept a close design relationship with the LR3 and Range Rover Sport, but interpreted the design language to suit the requirements of customers for a more compact SÚV.'

The body is a five-door monocoque structure, with a high level of torsional rigidity which benefits refinement, comfort and handling on-road as well as ensuring the vehicle is fit for serious off-road use. The suspension is fully independent and uses the most modern stability control systems, including Roll Stability Control (RSC ®), a sophisticated technology that helps mitigate the risk of roll-over even in extreme conditions. 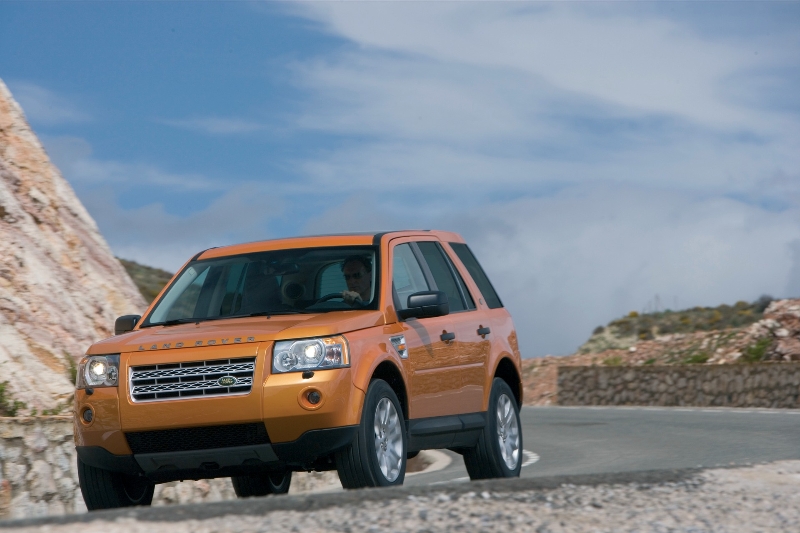 LR2 is packed with new technologies to improve both on-road and off-road performance. Land Rover's unique Terrain Response™ is standard, making off-road use easier. Other interesting technologies include a new permanent intelligent all-wheel-drive system for superior traction and better on-road fuel economy, and the patented Gradient Release Control, which improves driver confidence and control when releasing the brakes on steep and slippery slopes.

The Land Rover LR2 is designed and engineered by Land Rover at Gaydon, near Warwick, England, and is built at the Halewood plant in Liverpool, where outstanding build quality has been acknowledged with a JD Power European Plant Quality Gold Award in 2005.Source - Land Rover