The ''New Small Family'' from Volkswagen is gaining speed on its journey to the future. Just six weeks after the world premiere of the up! – the two-door city specialist – Europe's largest automobile producer is now introducing the second member of the 'New Small Family' at the Tokyo Motor Show: The space up!
concept car. ''The world premiere of the up! at the IAA in Frankfurt served as an initial test to see how the concept of our New Small Family would be received in Europe. And the results of this test were more than favorable,'' says Dr. Úlrich Hackenberg, Head of Technical Development. Volkswagen's chief engineer continues: ''The second member of this new family now follows in the space up!. The small van shows that we are consistently exploiting every millimeter of space and creating an emotional design.''
Walter de Silva, Chief Designer of the Volkswagen Group, underscores the assessment of the board member heading development: ''In formal design terms, one can see that the space up! is fun and at the same time offers maximum space on the smallest of platforms. Our New Small Family brings a smile back to the road. An exceptionally amiable charisma unites the up! and the space up! now being presented in Tokyo. At the same time, it is apparent at first glance that despite all of the emotionality of this car we avoided superfluous gimmicks of any kind. This has created a very straight-lined and confident design.''

The space up! is truly a small space wonder. On just 3.68 meters length and 1.63 meters width, it offers the space of a considerably larger vehicle. The clever space concept of the space up! is to a great extent attributable to its engine layout: The environmentally friendly gasoline, diesel and electric powertrains of the future up! family are always located in the rear – just like on the Beetle and the Bulli (Microbus) of the past.
A brief comparison: The space up! is exactly 23 centimeters longer than the up! shown at the IAA in Frankfurt; accordingly, its wheelbase is also larger (2.56 meter). At 1.54 meter, the van exhibits a height gain of four centimeters.
In contrast to the two-door up!, the space up! has four doors. And in actuality there are even six. That is because the van concept car does not have a classic tailgate, but instead a two-part rear door. Hidden behind this door are 220 to 1,005 liters of cargo space, four seat positions that are multivariable in design, and an exceptionally innovative cockpit concept. Numerous functions are controlled via a touchscreen with 3D graphics and proximity sensors.

Volkswagen is introducing the space up! as the second model variant of the ''New Small Family''. The up! concept car presented at the IAA in Germany and the space up! now being shown in Japan are unified by a common design philosophy. The cars are characterized by a simple, clear language of forms. The designers consciously omitted any superfluous gimmicks. Like the up!, the space up! is characterized by a completely new harmony between technical layout, on the one hand, and emotional design on the other.
Front end: Distinguishing the front end of the ''New Small Family'' are the headlamps that take an inward diagonal line, between them the horizontally integrated air inlets (minimized aperture optimizes aerodynamics), the VW logo arranged on the front hood (as the only exterior detail kept in chrome) and the smooth-surfaced bumper with a lower segment in the form of the ''happy face'' that is typical of Volkswagen. An important new aspect when it comes to the headlamp design of the space up!. Here they extend far into the fender, and this also affects the side profile.
Side profile: On its sides, the concept car – like the ''Bulli'' in earlier days – exhibits a long extended window section and a clearly distinctive, powerful C-pillar whose form is typical of Volkswagen. The A-pillar is positioned far forward. The space between the A and C pillars is spanned by the line of butterf ly doors with opposing hinges. Both the front and rear doors are opened by door handles at the height of the B pillars. Since they open in opposition, in the style of the legendary Samba bus, and extend across nearly the entire space between the wheel housings – i.e. the entire sill length – all four seating positions are exceptionally convenient to access. A key concept here is wheel housings: Hidden under them are the self-confident and large 18-inch wheels with size 165/50 tires. Distinctive in this area are the short front and rear overhangs. The front overhang, from the axle hub to the outer skin of the bumper measures just 53 centimeters; in the rear it is 59 centimeters. The result: Crisp proportions.
Rear end: Also unmistakable are the design features of the rear end. Take the example of the rear door: It fills out practically the entire car area above the bumper. Similar to the smaller up!, the door – split 1/3 to 2/3 here – consists of a transparent material. Integrated beneath it are the taillights. Fully opened, the door offers a cargo width of 101 centimeters. The bumper itself was designed to match its counterpart at the front end. Thanks to the wide track width of 1.42 meters the outer edges of the wheels are in line with the wheel housings. The effect is that the entire vehicle width of 1.63 meters seems to consist of axles plus tires and wheels. Meanwhile, the only details that boldly jump outside of the vehicle width are the round-shaped outside mirrors, like the ones on the up! 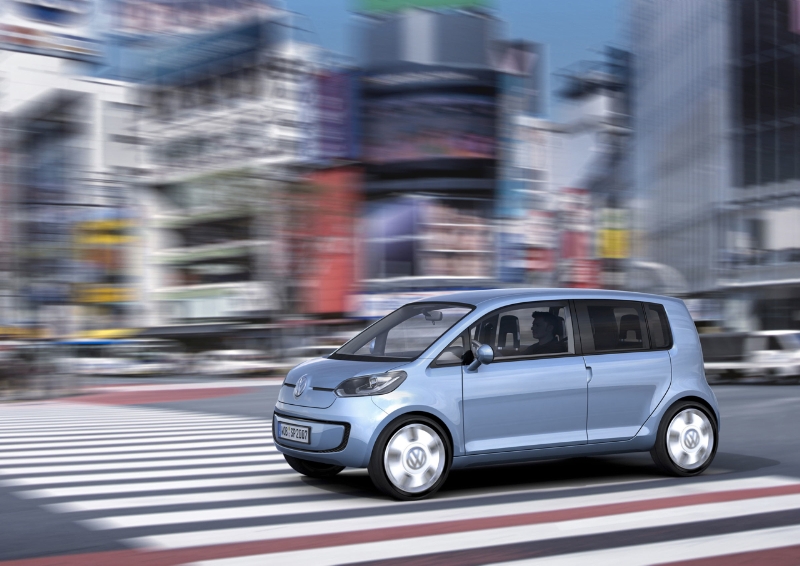 The space up! is a full-fledged four-seater. In the rear, a bench seat is implemented with two integrated child seats. To convert them from adult to child seats, the seating surfaces are simply folded over, and two shoulder supports are folded out on each side. Finished. But not only will children travel comfortably in a production version of the concept car. The reason: The cushions of the four seats – for driver, front and rear passengers – consist of an airf low foam that automatically adapts to individual anatomies. In addition, the seating position is pleasantly high, making it extremely comfortable.
With the exception of the driver's seat, all seats can also be folded and removed. If the seats are ''only'' folded, this creates a level cargo area with a capacity of up to 1,005 liters. With four people on board, cargo capacity up to window level height is still 220 liters. Since the low-profile engine of the space up! is located in the rear, objects with a maximum length of 2.8 meters can be stowed in a pass-through to the front cargo space. Remember: The concept van is just 3.68 meters long and thereby 15 centimeters shorter than the Fox, which is the most compact Volkswagen today.

Since the car's cockpit was conceived as a module to be applied across all models of the ''New Small Family'', the cockpit unit was copied from the up! concept car presented in Frankfurt, with slight modifications. It is a cockpit with a great future. In detail, the space up! has two central displays: In the cockpit, an 8-inch monitor displays information such as vehicle speed, fuel level and range as well as momentary CO2 emissions. In the middle of the instruments a 7-inch monitor shows how future humanmachine interfaces might look and operate. Here all conceivable functions are controlled via a touchscreen that – using proximity sensors – reacts to gestures as well, i.e. specific hand movements.
Menuing was retooled and reorganized so that people without computer science educations would be able to operate the system. The developers intentionally separated ''display'' and ''control'' levels from one another. Always shown on the screen is a control bar with standard functions such as climate control or audio volume control. Developers packaged functions of other higher-order systems – navigation, telephone, radio, Internet, images, films, etc. – on a display level that has been referred to internally as the ''main menu carousel'' – a type of virtual carousel. It consists of the icons of different system functions (telephone, navigation, etc.). When the user touches the ''main menu carousel'' it can be rotated by touchscreen. Visually, this control is just as spectacular as it is intuitive. When the desired function appears on the main menu carousel – such as the telephone – the user just needs to move his or her hand to the display to switch to the telephone menu thanks to proximity sensor technology.
It was true on the up! and it also applies to the space up!: The new type of user control is fun, easy to understand in any cultural environment and very safe. That is precisely what is typical of Volkswagen. Toward the end of this decade, the first Volkswagen customers might be able to enjoy this new generation of intuitive controls aboard the New Small Family.

The development of production models has already begun…
Source - Volkswagen 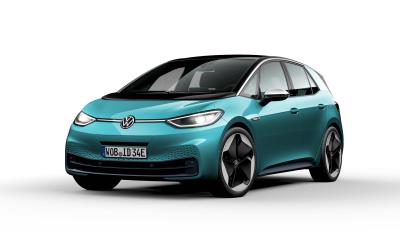 Sep 9, 2019 Note the ID.3 will not go on sale in North America. World premiere With the ID.3, Volkswagen presents the first electric vehicle built on the MEB modular toolkit Long range scalable battery system offers ranges of up t... 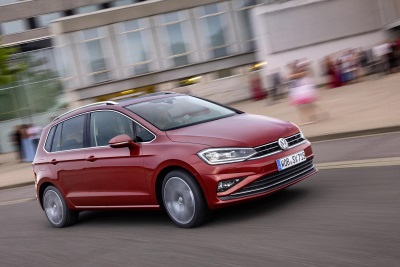