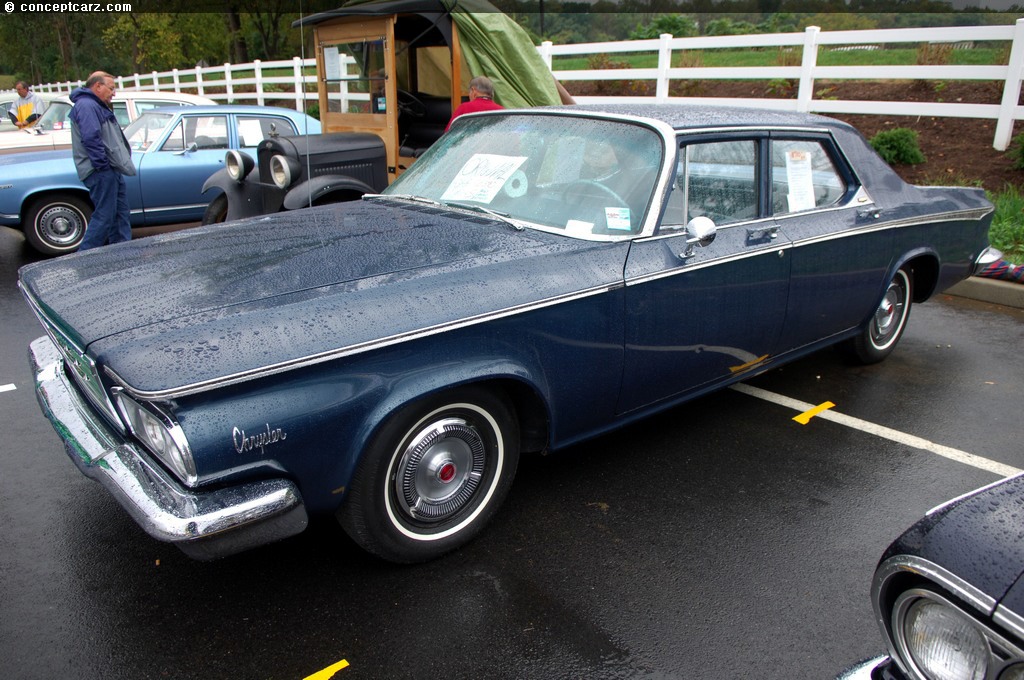 The entry-level Chrysler Windsor of 1960 was replaced by the Newport in 1961, reviving the name that had laid dormant since 1950. The Newport continued to use the 122-inch wheelbase chassis of the previous Windsor and offered in an array of body styles at a lower price than its predecessor. The 361 cubic-inch V-8 engine had overhead valves, five main bearings, hydraulic valve lifters, a two-barrel carburetor, and 265 horsepower at 4,400 RPM. The Newport sedans were similarly styled but with less trim and accouterments of the upscale models, with plain interiors, minimal exterior trim, and small hubcaps instead of full-wheel covers. The attractive styling, affordability, and a comfortable level of standard amenities resulted in Newport sales accounting for approximately sixty-percent of Chrysler's 1961 production, and the 57,102 examples built represented a significant increase over the 41,158 examples of the Windsor vehicles produced the previous year. Body styles mirror the New Yorker and included a sedan, hardtop sedan, hardtop coupe, and convertible. The station wagons had hardtop body styling devoid of 'B' pillars. The canted headlight design was previously used by Lincoln, and briefly by Buick. 1961 would be the final year for the Exner-inspired tailfins and the indented side body styling.
The entire 1963 Chrysler lineup received all-new styling with a semi-slab side appearance and continued to use the 122-inch wheelbase. Headlamps returned to the more conventional horizontal style, and the grille continued the 300 crossbar appearance first used in 1957. The rear taillamps were positioned on pods on each side of the rear end.
A 1963 Chrysler 300 'Pace Steer' convertible paced the 1963 Indianapolis 500 mile race, and the company introduced a five-year/50,000-mile warranty on all drivetrain parts. The new policy and the prominent placement at Indy helped boost Chrysler's popularity, improve market penetration, yet retained its 11th place position within the industry. The all-new styling of 1963 was carefully refined for 1964, with minor updates to trim and styling elements. The grille carried an emblem centered on each of three cross-bars, the taillamps were repositioned at the far side of the rear end, and the previous round design was now rectangular. Prices remained similar to the previous year, with the sedan at $2,900, the hardtop coupe at $2,960, the hardtop sedan at $3,040, and the convertible at $3,335. The six-passenger wagon listed for $3,415 and the nine-passenger version at $3,520.The most popular body style was the sedan with 55,957 examples built, followed by 10,579 of the hardtop coupe and 9,710 of the hardtop sedan. The convertible was the most exclusive with 2,176 examples constructed. 3,041 were nine-passenger wagons and 3,720 of the six-passenger version. The 360.8 cubic-inch, overhead valve engine had a cast-iron block, hydraulic valve lifters, a Stromberg two-barrel carburetor, five main bearings, a 9.0:1 compression ratio, and delivered 265 horsepower at 4,400 RPM. A three-speed manual floor-mounted transmission with non-synchromesh first gear was standard, and an automatic was optional, along with a close-ratio four-speed manual with floor shift controls. The combined 85,183 examples of the 1964 Newport were higher than the 75,972 produced in 1963 and the 83,120 built for 1962.
By Daniel Vaughan | Mar 2021

The Chrysler Newport first appeared in the early 1940s. It was known as the Newport Phaeton and production lasted from 1940 through 1941 partly due to low production numbers. Only five were produced. The design was by Ralph Roberts. It was powered by an eight-cylinder engine and used a three-speed manual gearbox to send the power to the rear wheels. A Newport appeared at the Indianapolis 500 race....
Continue Reading >>

The name Newport was first used by Chrysler on a 1940 showcar of which five actual vehicles were produced. Between 1961 and 1981 the Newport was a name used by the Chrysler division of the Chrysler Corporation used as both a hardtop body designation and for its entry-level model.Unveiled in 1940, the Chrysler Newport Phaeton was a 2-door low production roadster than utilized an I8 engine that....
Continue Reading >>
Concepts by Chrysler