Sold for $192,500 at 2011 The Scottsdale Auction - Gooding & Company.
Only 281 Phantom II Continental chassis were produced from 1929 to 1935 out of a total production of 1675 Phantom II's.The phantom II Salon Sport Limousine was designed and produced by Hooper and Co. Ltd. Makers to the Royal Family.vvThis car has only known 5 owners. '114MS was first delivered to Mrs. E.C. Wilkin in Bengalore, India. Of it's Indian era, '114MS' kept its windscreen which swivels to an horizontal position, and a hidden 'Boa Constructor' horn described as 'cobra' on the build sheets.This Hooper bodied Sport Saloon features a comprehensive set of tools. It was built for the overseas market and there are more tools for this Rolls-Royce than would be expected for an English or Western European-delivery car. Currently, the car is tool set is 99-percent complete and can be found in special trays located in the trunk lid and under each front seat.
In 1936, Mrs. Wilkin brought the car to the United States. During the War, the car was put into storage. In 1949, after nearly two decades of ownership, the car was sold to a Rolls-Royce enthusiast. Subsequent owners included Francis A. Poole Esq. Jr, W.R. Kimberly, Harvey Francis Curtis, and Monroe Yale Mann.
The average cost of a PII with coachwork was $13,800, when a 4 bedroom house could be bought for $5,000 and a current model new Ford from $300 to $400.'114MS' has participated in the 2007 Pebble Beach Motoring Classic from Seattle to Pebble Beach.

The unique body on this Phantom II was built by Windovers in London for Robin McAlpine, who wanted the touring car for a journey across the United States. McAlpine took delivery of car at the Waldorf Astoria on October 13th of 1933 and headed west, covering 6,845 miles on a leisurely route that included a stop at The Lodge at Pebble Beach.

Sold for $1,760,000 at 2016 Gooding & Company : Pebble Beach.
The Rolls-Royce Phantom II, the successor the Phantom I, was the last series designed and developed under the guidance of company co-founder Henry Royce. They were sophisticated and built to suit sportier body styles from the custom coachbuilders. Power was from a 7.7-liter engine which featured a modern crossflow cylinder head, improved manifolds, and new combustion chambers. The gearbox now offered synchronized third and top gears.The Phantom II Continental made its debut in late 1930, with H.I.F. 'Ivan' Evernden collaborating in its development with Henry Royce. Continental upgrades included a modified engine equipped with a higher-lift camshaft and increased compression. Other improvements included a taller rear-axle ratio, a lower stance due to flatter springs, twin Hartford auxiliary dampers up front for ride control, and a raked steering column.Just 281 examples of the Phantom II Continental were produced.
This Continental originally wore coachwork by Windovers and was delivered in May of 1932 to the prince of Nepal, who was living in exile in England at the time. The prince took delivery after three months during which time the car was used as a factory demonstrator in exchange for a 5-percent discount upon delivery.
The Prince later commissioned Figoni et Falaschi to re-body his Phantom II Continental as a Pillarless Berline. This would be the only body built on a Rolls-Royce by the French coachbuilder. The result was a an elegant, aerodynamic, sporty car-design featuring streamlined body lines with pillarless construction, fully skirted rear fenders, and Art Moderne accents and details throughout the interior. Along with being the only body for a Rolls Royce by Figoni & Falaschi, it was also the largest car ever to be commissioned from them.A subsequent owner in the 1950s, Captain Frederick Henry, was so enamored with this car that he traded his Bugatti Type 41 Royale Binder Coupe for it! This Phantom II Continental has won several awards including being honored with the Chief Judges award from the Rolls-Royce Owners Club. It also won the Lucius Beebe Trophy at the 1992 Pebble Beach Concours d'Elegance.The current owner acquired the car in 2010. In 2015 it was shown at the Pebble Beach Concours d'Elegance where it won Most Elegant Closed Car.
By Daniel Vaughan | Sep 2016
The Phantom II was the first completely new car since the 20HP seven years earlier. The Phantom II was still rated 40/50 HP but was lower and the springing half-elliptic all around.
The car, although to Royce's design and specification, was mainly the work of his West Wittering design team and included many innovations and a redesigned engine that, with the gearbox, was now one unit. 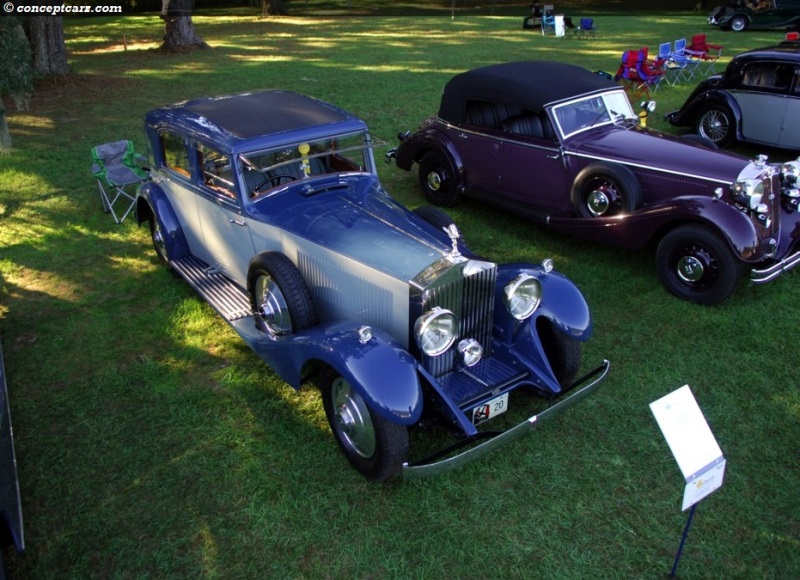 The chassis is the standard Phantom II short model with a few modifications. These consist of a low steering column and specially selected springs. There never was a defined speciation of a Continental Phantom II. The series to series engineering improvements were applied to all chassis.Source - Rolls-Royce Motor Cars Limited
The Rolls-Royce Phantom II was very similar to the Phantom I in many ways, but brought improvements such as a higher horsepower rating and the removal of the traditional torque-tube drive. Instead, the engine and gearbox were constructed in unit with each other rather than being separate. The Autovac was now using an engine-driven pump. A new water-heated induction system was used. The Battery and magneto ignition was the same as in the Phantom I. Built-in centralized lubrication was now a standard feature and the Catilever rear springs were shed in favor of semi-elliptic units. The bodies of the car sat atop of a separate sub-frame which helped eliminate distortion. After the construction of the first Phantom II, named the 18 EX, it was put through its paces on a 10,000-mile test drive to identify the vehicles short-comings and to ensure the vehicle was constructed to Rolls-Royce standards. The car was driven on many types of terrain and at various speeds. It was reported that the car drove best at 70-mph.Most of the left-hand drive coachwork, those vehicles intended for the United States market, was handed by Brewster and Co. The European versions were bodied by names such as Hooper, Arthur Mulliner, Park Ward, Barker, and Thrupp & Maberly.
Construction of the Phantom II lasted from 1929 through 1935, at which point it was succeeded by the Phantom III and its large twelve-cylinder engine.
By Daniel Vaughan | Feb 2007
Concepts by Rolls-Royce 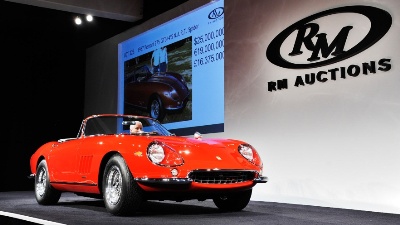 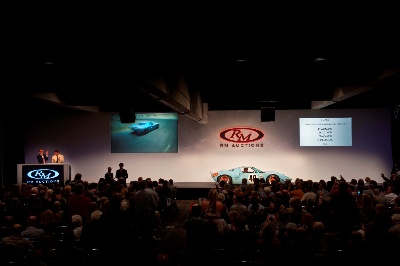 RM Auctions generates more than %2495.7* million in sales, with a strong 89 percent of all lots sold, at its celebrated Monterey, California sale 20 cars achieve over %241 million, five of which exceed the %245 million mark Two-day sale establishes...
© 1998-2021. All rights reserved. The material may not be published, broadcast, rewritten, or redistributed.