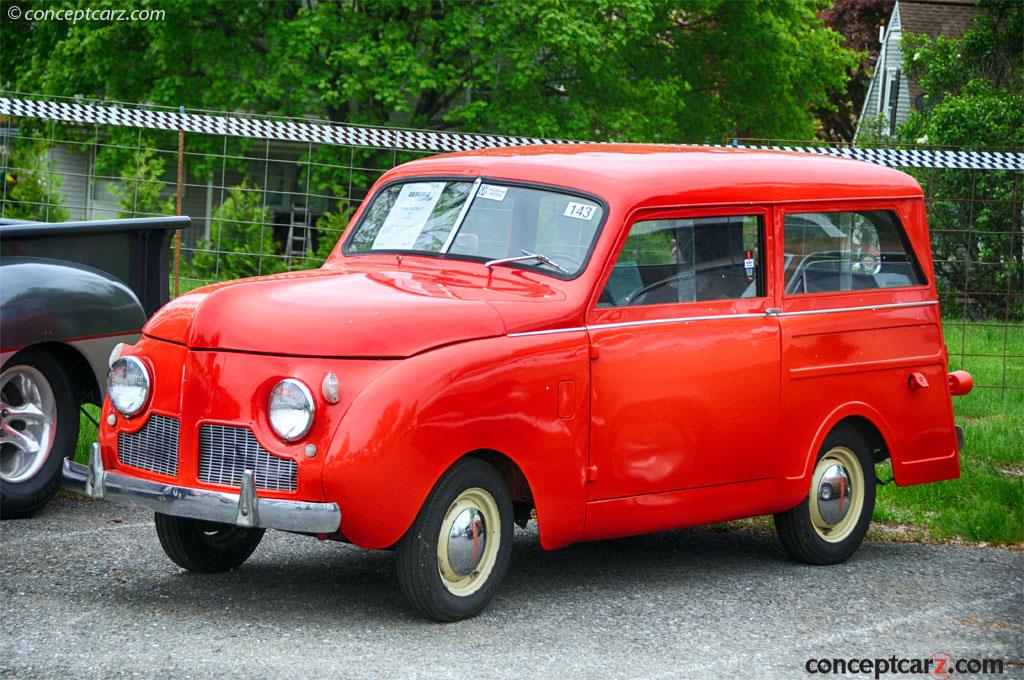 The Crosley Company built vehicles from 1939 to 1952, interrupted by World War II when production was switched in support of the war effort. Production resumed in 1946 at its facility in Marion, Indiana.

The company was founded by Powel Crosley Jr. who had made his fortune in automotive parts and accessories, later diversifying into other consumer products. Their subcompact cars were nearly microcars with bodystyles including sedans, pickups, convertibles, and sports car. Consumer interest in Crosley automobiles dwindled after gas rationing was discontinued. The last Crosley car was produced on July 3rd of 1952, after which the company turned its attention to its more successful business ventures.

Postwar production peaked in 1948, with 24,871 (with as much as 27,707 examples) examples produced (depending on the source). The Station Wagon was the most popular with 23,489 examples produced.

The Crosley CC Four was produced from 1946 through 1948. It rested on a wheelbase that measured 80 inches and had an overall length of 145 inches. Power was from a 44.2 cubic-inch straight four-cylinder engine offering 26.5 horsepower and mated to a three-speed manual transmission. It was a water-cooled CoBra (Copper Brazed) engine that was carried over from military production with a similar displacement but with double the power output. This was America's first affordable mass-production overhead camshaft engine (Duesenberg had produced 650 examples of the OHC straight eight from 1921 through 1926).

Body styles included a fastback, convertible, wagon, convertible wagon, pickup, and panel van. The all-new body design was courtesy of Sundberg & Ferar of Royal Oak, Michigan. The brakes, suspension, chassis, and other drivetrain components were carried over from the pre-war models.

For 1948, the Crosley received bolt-on grille bars and part-way through the year, a chromed bull-nose was placed in the front. A new convertible wagon without doors, called the 'Sports Utility', was added to the lineup. The rear seat was optional and it was advertised as having a quarter-ton payload capacity for utility use.

The Crosley CC was replaced in 1949 by the Crosley CD.
by Daniel Vaughan | Jun 2019
Vehicle Profiles

In sort of 'cart before the horse', Powel Crosley, Jr. pioneered a low-cost radio receiver. Shortly thereafter, he founded WLW, a high power broadcasting station in Cincinnati, Ohio to give his radio's something to receive. He was an individual who....[continue reading]

Auctions America by RM will return to the Carlisle Expo Center in Carlisle, Pennsylvania, on April 26-27, 2012, to kick off the collector car season for the Northeastern U.S. with its Spring Carlisle...