With the Gallardo Superleggera, to be launched at the 2007 Geneva motor show, Automobili Lamborghini presents an uncompromisingly high-performance sports car. Thanks to increased power (an additional 10 hp) and a 100 kg reduction in weight, the new range-leading Gallardo Superleggera is even more dynamic than the already very sporty Gallardo. The weight/power ratio of the Lamborghini Gallardo Superleggera is only 2.5 kg/hp, putting it in the top lightweights of its class. The Superleggera also has the fastest acceleration in its class. It needs only 3.8 seconds to go from 0 to 100 km/h (0-62 mph); 0.2 seconds less than the basic model, and boasting speed and grit under various driving conditions.

The Lamborghini Gallardo Superleggera is an extremely high-performance car: it includes a standard robotized mechanical e-gear gearbox that guarantees shifting without removing hands from the steering wheel. The new Gallardo Superleggera can be ordered through the dealer network starting March 2007: production volumes will be restricted to lower numbers than the standard Gallardo.

The Lamborghini Gallardo Superleggera's engine is the latest version of Lamborghini's well-known 4,961 cm3 V10. Now 530 hp is reached in 8,000 min-1. The increase in power was made possible by the engine's improved volumetric efficiency through reduced intake load losses and by exhaust backpressures, together with optimized electronic control. Naturally, emission levels observe the strict EÚRO 4 and LEV II standards. ( posted on conceptcarz.com)

Lamborghini engineers decreased the Lamborghini Gallardo's already low weight when empty (1,430 kg) by another 100 kg (70kg in the ÚSA) using advanced materials and technologies. The engine hood is made of visible carbon fibre and transparent polycarbonate, a type of material that guarantees lightness and also shows off the magnificent V10. The rear diffuser and underbody covering, the rearview mirrors, door panels and the central tunnel's covering are also made of carbon fibre. Further reductions in weight were achieved by replacing certain glass surfaces with transparent polycarbonate. For the interior, monocoque carbon fibre sports seats covered in Alcantara were chosen to ensure restraint of the driver and passenger during the intense lateral accelerations that the Gallardo Superleggera is capable of achieving around curves.

A comprehensive specification and extensive range of options will be available, with some exclusive to the Superleggera. The Lamborghini Gallardo Superleggera comes with robotized mechanical e-gear as standard; a sports package including shock absorbers; and special suede-covered steering wheel. The car is available in four colors: Midas Yellow, Borealis Orange, Telesto Gray and Noctis Black. Pirelli P Zero Corsa tires (standard) on new Scorpius forged rims accentuate the Lamborghini Gallardo Superleggera. A few of the options that can be requested include the multimedia system with navigator and CD-changer; a rear video camera to make parking easier (with optional rear wing only); a Carbon accessories kit for the interior; a fixed rear spoiler; a four-point seatbelt (not for ÚSA); tubular rear frame or fitting points for later inclusion (not for ÚSA, Japan or Middle East); and carbon-ceramic brakes.Source - Lamborghini

Compact Coupe
During the 2007 Geneva Auto Show, Lamborghini debuted the Gallardo Superleggera, the name paid tribute to the construction style of the first Lamborghini production model, the 350GT, designed and built by Carrozzeria Touring and its emphasis on weight reduction. The Superleggera is lighter than the base Gallardo by 220 lb via the use of extensive carbon fiber.The engine power was upgraded by 10 horsepower thanks to an improved intake, exhaust and ECU for a total of 523 horsepower. The 6-speed E-Gear transmission was standard on US spec models with the 6-speed manual transmission offered as a no-cost option.In March of 2008, Lamborghini announced that they had ceased production of the Gallardo Superleggera. During its production life, 172 were produced with 10 in white, 34 in grey, 37 in black, 45 in yellow, 46 in orange and 1 was custom painted in pink.

Compact Coupe
With the departure of the Jalpa in 1988, Lamborghini was without an entry model sports car until the Gallardo was introduced under Volkswagen ownership at the Geneva Auto Show in 2003. With the Murcielago flagship model only two years into production, the new and striking Gallardo show car was able to not only show a family connection but also break out new styling features which would now define the image of what was Lamborghini.In this Fabrizio Giugiaro-penned concept, the rounded features which were present in the Murcielago body -style were dropped for a much more angular design. Although the face of the car shows close resemblance to its bigger brother, the other views show a more compact and tense design with a long wheelbase and short overhangs.This example is one of 172 Superleggera's made from 2007— 2009. Superleggera is Italian for Super Light; the vehicles weight has been reduced by 154 pounds with carbon fiber rear diffuser, undertray, door-mirror housings, interior door panels, central tunnel and engine cover. Aluminum space frame on aluminum and Thermoplastic body panels, revised intake, exhaust tuned to produce 523 HP, 0 Liter DOHC Aluminum V10. This car is capable of accelerating to 62mph in 3.8 seconds with a top speed of 196 MPH and a total weight of 3,087 pounds. 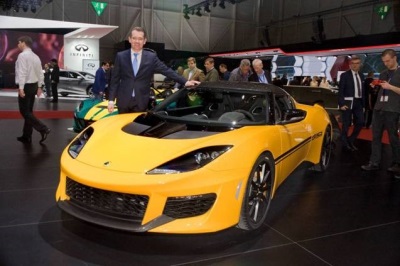 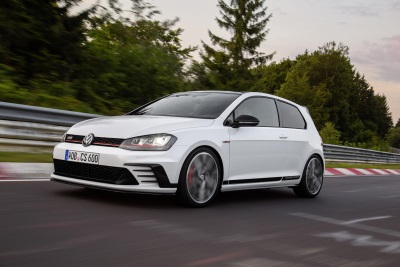 New anniversary model celebrates the GTIs 40th birthday 265 PS special edition accelerates from 0 to 62 mph in 5.9 seconds An overboost function increases power to more than 290 PS for a... 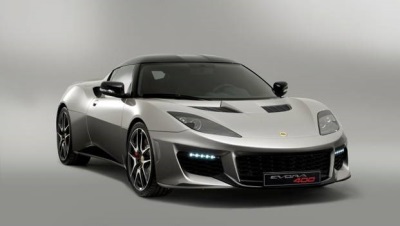 Prices start at £72,000 (UK) High level of standard specification Fastest and most powerful production Lotus ever Deliveries from August 2015 Lotus Cars is delighted to announce the prices of... 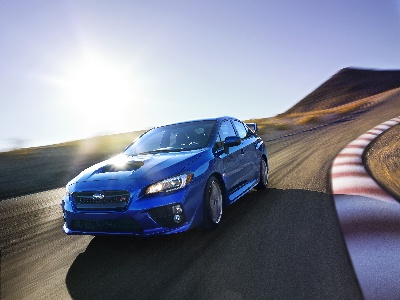