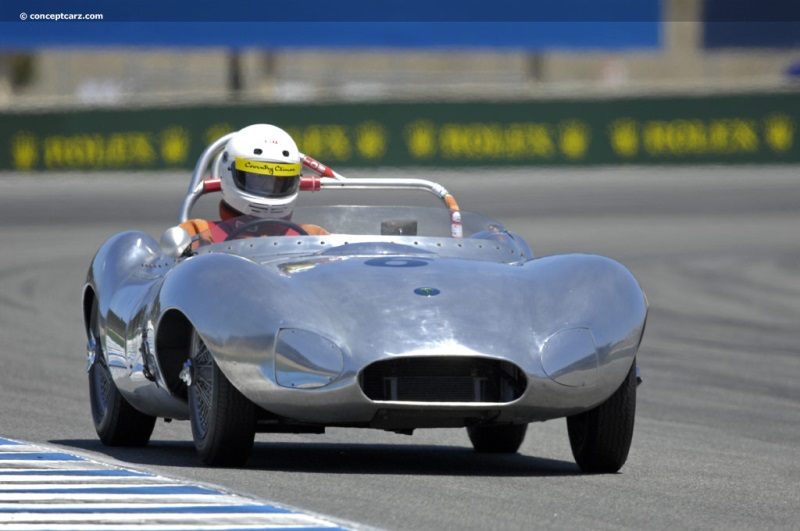 England was teeming with sports car builders during the middle of the twentieth century. MG and Triumph were establishing themselves as the go-to guys for affordable fun. TVR had just begun production of its signature brand of outlandish vehicles and Lotus was proving that, fun cars or not, when it came to racing the Brits were serious.

Those brands flourished at a time when sports cars were at their best. By the 1950's, most of the bugs had been worked out of the teeny roadster concept. MG and Triumph were selling cars to an eager public as the pricier marques built enviable machinery. Not everyone could be as successful as Colin Chapman in their endeavors, though. The sports car boom brought with it many happy endings, but with so many companies springing up it was inevitable that some would falter in the shadows of better-established competition.

Founded in 1955 by Frank Nichols, Elva followed a path similar to its contemporary sports car builders. It started off producing bare competition cars, and then built sporting road cars after realizing moderate success. The brand's story was as telling of the enthusiastic British spirit as was the tale of Lotus. Towards the company's end, though, the brand faced difficulties and the name went under. Largely forgotten by history, Elva's story is one worth repeating.

After completing his military service in 1947, Frank G. Nichols bought a little garage in Westham, England. His efforts earned him the funding to set up a larger shop in Sussex, where he was in the company of other avid racing enthusiasts. Nichols was a skilled racer and did well behind the wheel of cars like the Lotus VI, but by 1955 he had decided to focus himself on the production of racing cars of his own design. He established the Elva Engineering Company in that year.

The first Elvas were great racers, and they brought initial success to the company. The Elva Mk I sold in high enough numbers to justify continued development. The Mk IB and Mk II followed in close succession.

The Mk II was built on a sturdy welded space frame with independent front suspension by coils springs and a De Dion rear axle also equipped with coils. Coventry Climax engines made their way into the Mk II, coupled to four-speed transmissions. Finned aluminum drum brakes by Alfin provided stopping power in early cars. Well-designed bodies clothed the Mk II's superb mechanicals, creating a package both effective and attractive. The earliest of the Mk II vehicles were the most striking, with their handmade skins of polished aluminum. Such lavish construction was too costly, though, and later cars used fiberglass body panels.

Elva's Mk II was successful on the track in the hands of both privateers and the Elva works. The most notable of the Mk II's achievements, though, was no single victory but rather its role in helping Elva reach the American market. Such an achievement was accomplished through the car's entry in the 12 Hours of Sebring. The Sebring race was 'an important test for any small, low-volume constructor that hoped to carve out a market niche in America (2).' Gaining a foothold in America was critical for Elva when the brand first raced at Sebring in 1958. With the Suez Crisis taxing English motorsports, failure in America would have meant disaster for the marque.

The Sebring races provided the opportunity for Elva to showcase the quality of its cars to potential customers, and Elva made sure to take advantage of such a chance. Five Elvas were entered in 1958's Sebring race. Two of the cars were backed by the company, while the other three were private entries by Ripley Motors in Ithaca, NY, Avant Corp. in Pittsburgh, PA, and Dr. M.J. Wyllie from Allison Park, PA (1). The car entered by Ripley Motors was the only Mk II. The other four Elvas were built to Mk III specification.

The 1958 season, though not entirely successful, gave Elva the necessary experience to come back for '59 as a serious competitor. The 1959 races at Sebring saw Elva's company-entered Mk IV cars take home honors for first and second places in their class.

Such a feat did not go unnoticed. U.S. sales picked up, and new developments kept Elva competitive. The company experienced problems with its American importer, though, and despite the initial success the company was taken over by Trojan, Ltd. and produced cars only through 1968.

Even with Elva's truncated history, the company accomplished a great deal. Their racing efforts allowed them to prosper for long enough to develop some very well-engineered racers. The Courier, Elva's car for road and track introduced in 1958, sold in reasonable numbers and showed Elva was capable of building competent cars for enthusiasts bound to public roads as well as for diehard competitors. It also offered Lotus Elan-like styling even before the Lotus Elan. In Elva's history, cars like the Mk II were instrumental to the company's success. By being one of the first Elvas campaigned at Sebring, the Mk II helped introduce a new name to American buyers and help prolong one brand's sports car fairy-tale for a few precious years.

2. '1957 Elva Mark II Bobtail For Sale.' Classic Cars for Sale Web.28 May 2009. http://www.classiccarsforsale.co.uk/classic-car-page.php/carno/51280.By Evan AcuñaIn the year 1955, Frank G. Nichols founded the Elva sports car manufacturing company. Based in Hastings, United Kingdom, the name Elva comes from the French phrase ‘ella va' which means ‘she goes'. Unfortunately financial problems that were caused by the failure of the U.S. distributor the Elva Company was sold to Trojan in 1961. Production was relocated to Rye, Sussex, and again in 1966 to the main Trojan factory in Croydon. In 1965 Ken Sheppard from Customized Sports Cars of Shenley, Hertfordshire purchased Elva from Trojan, but unfortunately production ended in 1968.

In 1954, Frank Nichols built his first sports racers. They was designed by Mick Chapman and created specifically for competition. Upon completion, they were taken to the track and competed with similar small displacement Lotus sports-races from Colin Chapman. With the car showing tremendous promise, Nicholes decided to emulate its design with the first few Elva live rear axle sports-racers.

MK II featured a deDion rear axle. The MK IV had fully independent suspension and was the first Elva with a tubular space frame.

The ultimate front-engined, drum-brake Elva sports racer was the small displacement sports-racer MK V. Only thirteen examples were produced. Power was from the Coventry-Climax FWB single overhead camshaft engine, and they were competitive (perhaps better), than Chapman's Lotus 11 in England, Europe and the United States.

Twenty-eight Elva MKVI models were produced with production beginning in December of 1961 and lasting until October of 1962. Most were powered by the Coventry Climax FWA 1100cc engine, although a few were given Ford push-rod power and other engines. Drum brakes were standard as their low weight and small displacement engines did not necessitate a need for discs.

The MK VI were the first of the modern ultra low 'lay down' sports racers. They made their debut at the Brands Hatch Boxing day race in England on December of 1961. They were popular in the US as a club racer in the G-Modified class. They enjoyed much success through the 1962 season but were soon eclipsed by the Lotus 23 and its successor, the Elva MK VII.

There were a total of around 69-72 examples of the MKVII produced between 1963 through 1965. Engine options varied, some were fitted with Lotus/Ford 1600cc, Ford Cosworth 1100cc, (Porsche, Climax, Lotus Twin Cam, and BMW) and various other units.

The last Elva Sports Racers were the Mark VIII. They were based on the highly successful MK VII and VIIS, and fitted with the most state-of-the-art-technology of the era. They were sold without engines and never officially used as factory competition cars; they were raced with much success by privateers, such as Carl Haas. The MKVIII had rocker arm front suspension, a rigid chassis design, aerodynamic body, and a number of other innovations making them formidable competition against the Lotus 23s and other '2-liter and Under' competitors.
By Daniel Vaughan | Oct 2010

This Elva MKIIA is fitted with an all-alloy body and an Elva space frame with stressed undertray. It was recognized by Frank Nichols at the 1994 'Elva Reunion' at Elkhart Lake as being 'one of his early MKIIs.' The car was constructed in 1957 with Co....[continue reading] 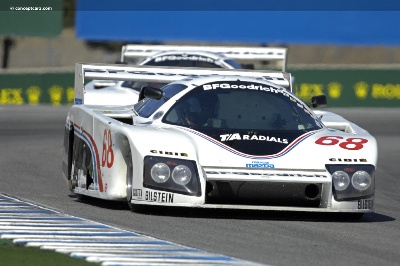 Scottsdale, Arizona (July 07, 2014) – To committed enthusiasts, Monterey, California is the undisputed hub of the classic-car auction and vintage-racing worlds each year during mid-August. With...