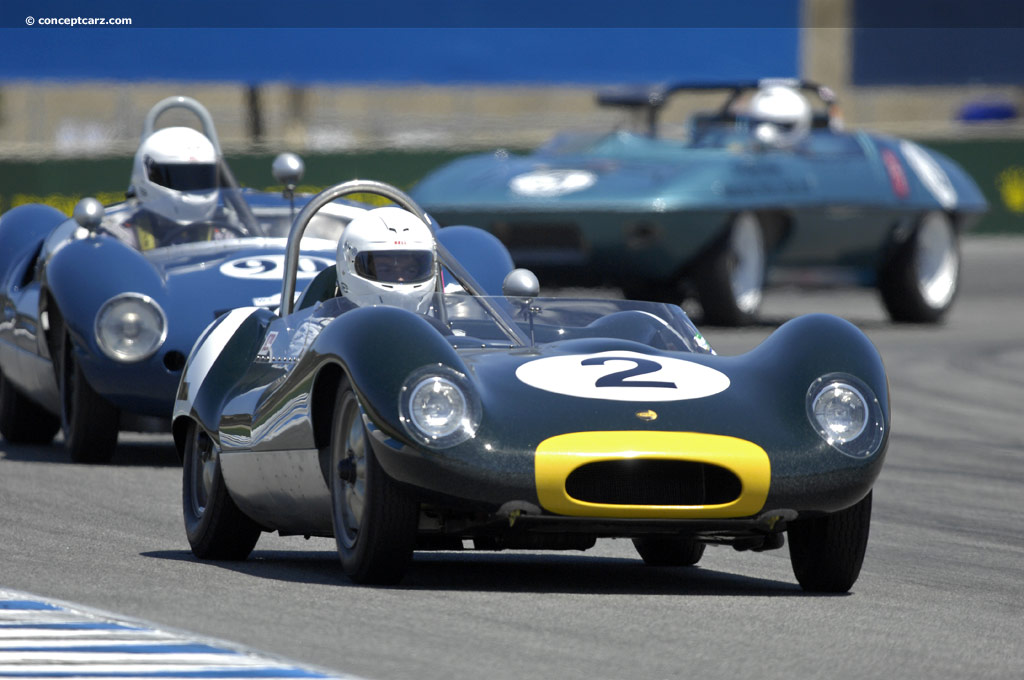 With the knowledge gained from the successful Broadly Special project, Eric Broadly began development on an even better racer that would be more sophisticated and competitive than its predecessor. The resulting racer was the MK1 that incorporated a lightweight design matted to many proven components from various manufacturers. The engine weighed just over 200 pounds while the chassis was only 60 pounds. The engine was an 1100 cc Coventry Climax FWA based on the FW, meaning feather weight, four-cylinder mobile fire-pump engine. In standard form the engine had a 9.8:1 compression ratio, 1098 cc displacement, and produced 36 horsepower at 3500 rpm. The Mark II version, which was adapted to the MK1, increased horsepower to an impressive 83 at 6800 rpm.

The vehicle was outfitted with Triumph TR2 brakes fitted with Alfin drums, Austin A30 gearbox and Lotus close-ratio gears, BMC 4.55:1 differential, BMC steering, Morris Minor suspension uprights and 15 inch Cooper wheels. The aluminum body was courtesy of Maurice Gomm. The multi-tubular chassis was constructed from bronze-welded 20 gauge steel tubing creating a lightweight but sturdy base. The suspension was made up of double wishbones in the front and upper/lower wishbones with transverse links in the rear.

The Lola MK1 immediately proved its potential by capturing a second place finish at Snetterton in only its second outing. Soon the orders began flowing in from customers eagerly wanting to get their hands on one. Broadly was able to raise capital for the production of three more MK1's by securing a loan and by selling the original MK1. One of the cars produced was kept as a works car while the other two were sold to privateers, one being an American.

In 1959 the MK1's took first through third at Goodwood while competing in the Chichester Cup. Class wins were scored at Sebring and Nürburgring 1000km. In 1960 a total of 19 examples were created.

The 1960 MK1's were given fiberglass bodies and Mark III FWA engines which boosted horsepower to 90.

Chris Kerrison and Peter Sergent navigated the MK1 to another class victory at Nürburgring 1000km in 1960. Peter Ashdown and Alan Reese finished first and second in the 1960 Autosport Sports Car Championship for the 1150 cc class. Ashdown defended his title again in 1961.

The vehicles were built to varying specifications that included a range of brake, engine, suspension, and other mechanical component options. Popular engine choices were the Ford 105E, 109E, Coventry Climax 1100cc, and 1216cc FWE.

The lightweight and sturdy bodies, potent engines, proven mechanical components, talented builder, and experienced drivers were some of the reasons for the MK1 success at the racing circuit.
By Daniel Vaughan | May 2008