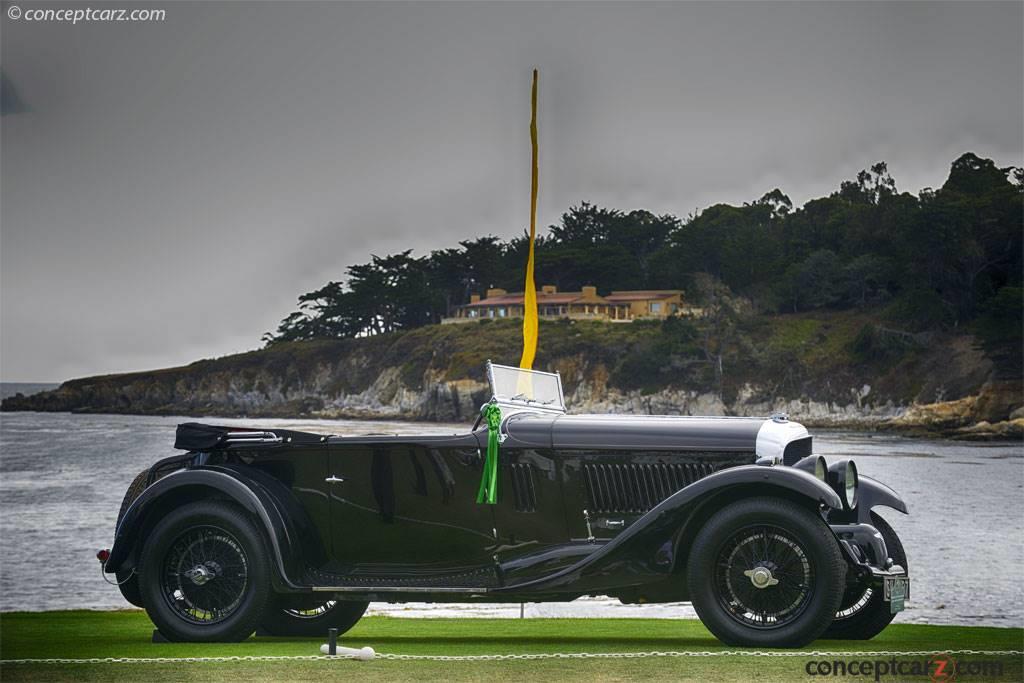 Walter Owen Bentley replaced the 3-Litre Bentley with the large engined 4½ Litre in 1927 with production continuing through 1931 with a total of 720 examples built, including 55 cars with a supercharged engine popularly known as the Blower Bentley.

Along with the technically advanced prowess provided by W.O., the success of the early Bentley's was partly due to a group of passionate and extraordinarily wealthy young men, collectively known as the 'Bentley Boys', whose financial contributions sustained Bentley Motors and their accomplishments helped create the reputation on road and track. One of those individuals, Sir Henry Birkin, though the powerful 4½-Litre model may benefit from a relatively new technique of supercharging. W.O. rejected the idea, but his company's chairman, Woolf Barnato, put the idea into production. These so-called 'Blower Bentley' received a specially shortened chassis to take advantage of the additional power. The supercharger was completely purpose-designed by Amherst-Villiers. Much of the funding for the project was supplied by Dorothy Paget, a wealthy sportswoman who had previously financed the Schneider Trophy-winning Supermarine seaplanes. The project was not without drama, as Bentley and Amherst-Villiers became involved in an argument over patent rights along with whose name it would wear.

Just 50 customer chassis were built, making the Blower something of a financial disaster, as the company had trouble selling that many. The first supercharged Bentley had been a 3-litre built during the close of 1926. The 4.5-liter Bentley produced 175 horsepower for the touring model and 240 horsepower in racing guise, which was more powerful than the Bentley 6½ Litre.

The Bentley 4 12 liter came into existence to fill a void left by the 3-liter and the 6.5-liter variants. The 3-liter suffered from underperformance while the 6.5-liter was unsafe for the roads. The 6.5-liter was powerful, and with poor road-conditions often caused tires to fail quickly. The solution was the Bentley 4.5-liter a vehicle that had enough power to carry the vehicle down the road at....
Continue Reading >>

This Bentley is all original in that the body, chassis, engine, and more, were fitted to this car when new. It is one of the few Bentley Tourers that can make this claim. The coachwork is a one-off design by Thrump and Maberly and it has a history ....[continue reading]

Bentley had proven to be one of the first manufacturers to enjoy something of a dynasty at Le Mans. Entering big, powerful 3 and 4 ½-liter cars, Bentley would enjoy a run of success at Le Mans that would make the company the envy, and the target, of ....[continue reading]

Tim Birkin would be convinced the 4 1/2 –liter supercharged engine was the answer to Bentley's growing deficiency compared to the threatening competition coming from Italy. He would push ahead with his plans going head-to-head, essentially, with W.O.....[continue reading]

Of the 43 Blower Bentley's still in existence, only a few remain unmolested and untouched, such as this example. It is a total matching numbers car with its supercharger carrying the number 125. The chassis number is SM 3916, engine number 3922, and ....[continue reading]

This 1931 Bentley 4.5-Liter Supercharged example has coachwork in the style of a Birkin Team 'Blower' and is one of the original 50 'Blower' Chassis. It has the correct D-Type racing gearbox, an original ribbed supercharger (number 130), and the cor....[continue reading]

This Four Seater Sports is one of the 25 Supercharged 4.5 Litre Bentleys from the second MS chassis series built in 1931, toward the end of Bentley Motors production and just before W.O. Bentley was forced to sell his company to his arch-rival, Rolls....[continue reading]

1931 Bentley 4½ Liter is one of the original 50 factory supercharged models in order to homologate the car for the Le Mans race. The chassis was completed in March of 1931 and it was purchased as stock for London Bentley Dealer Jack Barclay who order....[continue reading] 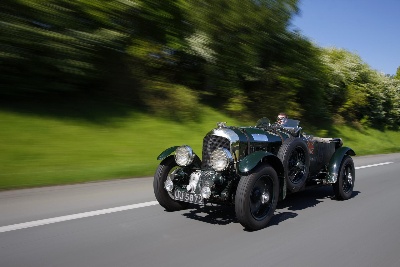 Historic Bentley takes on epic thousand-mile test of endurance This year marks 85 years since Birkin and Barnatos aborted attempt 1930 4½-litre supercharged Blower one of just 55 ever produced i...