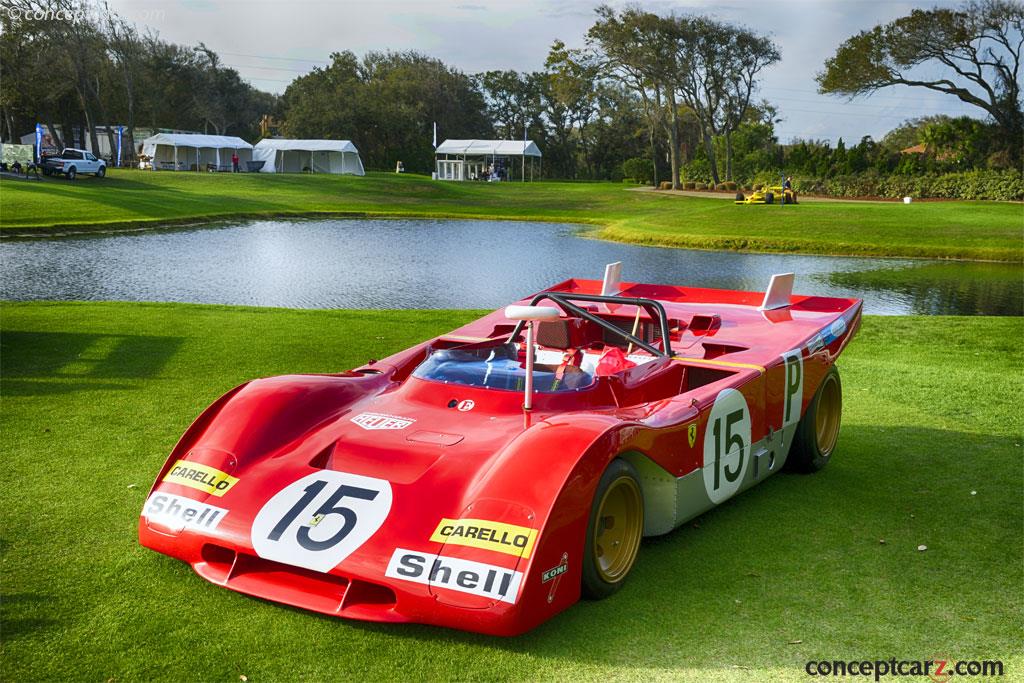 Race cars are typically competitive for only a single season; sometimes they can last longer than that but most of the time they are outpaced the following year or become obsolete due to changes in racing regulations. This was true for Ferrari's sports prototypes at the end of the 1967 season, which were unqualified to race in 1968 due to new rules imposed by the FIA (Federation International d'Automobile). Ferrari turned their attention to Formula One but had little success during the 1969 season. Disappointed, the team re-focused their sights on prototype racing to contest the 3-liter prototype category. Their F1 cars had a similar displacement which meant they had experience and thus, the logical choice.

For the 1969 season, Ferrari introduced their 312 P with a 48-valve engine similar to their F1 cars. It made its competition debut at the Sebring 12 Hours where it was piloted by Amon and Mario Andretti. It qualified on pole and ended the race in second overall and first in class. This would be the vehicle's best performance, as reliability issues would plague it during its short lifespan. It was used on half of the season, and later replaced by a five-liter 512 S. The 512S proved to have the speed necessary to win, but it lacked the reliability to be an outright contender.

Once again, Ferrari switched canceled the project before it had time to fully mature and focused their efforts on a new racer. The remaining 512S were sold to privateers. The new car was a three-liter prototype utilizing the newly developed V12 engine designed by Mauro Forghieri. It had a 180-degree angle which gave an exterior design similar to that of a boxer engine. In reality, it was a very flat V-engine meaning the pistons move in unison rather than in opposition to one another.

The racing debut of the engine was made in a 312 B Formula 1 racer. The 'B' represented the Forghieri V12 engine, though it was not a boxer engine. The Ferrari 312 P of 1971 through 1973, later known as the 312PB, was powered by the Forghieri engine which rested in an aluminum semi-monocoque, similar to the F1 car. In other words, it was basically a full body Formula One car. It had a five-speed gearbox, vented disc brakes, and weighed around 660 kilograms. The 460 horsepower engine was mounted mid-ship and sent power to the rear wheels.

The 312PB made its inaugural debut at the Brands Hatch 1000km race in April of 1971. The car was immediately competitive and proved its potential by finishing second behind an Alfa Romeo 33/3. This would be one of the few highlights for the car during the 1971 season.

For 1972, things shifted in Ferrari's favor, as FIA rule changes abandoned the 5-liter sports car class. Only the 3-liter prototypes were able to run in the World Sports Car Championship. During the 1971 season, and during the offseason, the car was continually modified and its shortcomings were identified and fixed. Horsepower was increased from an initial 450 to 460. Experimentations and testing were done with aerodynamics resulting in a very refined racer. Next, Ferrari worked on the cockpit, specifically the driver's selection. They hired the best and most talented drivers such as Brian Redman, Arthuro Merzario, Jacky Ickx, Tim Schenken, Mario Andretti and Ronny Peterson to help guarantee another manufacture's championship.

The testing, tuning, planning, and acquired talent paid off almost immediately. The opening race of the championship was at the Buenos Aires 1000km race and the 312PB driven by Schenken and Peterson emerged in first place. This was the 312PB's first World Championship victory which was soon followed by many others, as Ferrari won all championship races that season, except for the 24 Hours of LeMans. The reason it did not win LeMans that year, is because it was not entered. The team felt its talents were best suited for 1000km races and not an endurance racer capable of competing a full 24 hours. Ferrari would end the season with 160 points and the Manufacturers Championship Title.

The 1972 season had been a phenomenal year for Ferrari. The 312 PB had been very reliable and very fast. For 1973, the car's wheelbase was slightly enlarged and the engine was tuned for an additional 15 horsepower. Sadly, the 312 PB took only one victory in 1973, and that was at the 1000km of Monza in April. Reliability issues and increasing competition kept the 312PB from having another dominant season. When the 1973 season came to a close, Ferrari withdrew from sports car racing.
By Daniel Vaughan | Feb 2008In 1973 Ferrari did not win a single F1 race. The flat-12 312 B engine introduced in 1970 had done well during the early parts of its career, racking up numerous victories, but as time progressed, the competition became fierce. Ferrari was being outpaced by other firms such as Cosworth and McLaren and was quickly relinquishing its strong-hold on Formula One racing. Something needed to be done. A new engine, new car, new driver, and new personnel were all considered. Enzo Ferrari began by giving the chief engineering job to Mauro Forghieri. Forghieri immediately began redesigning the engine. Niki Lauda and Clay Regazzoni were signed as drivers. During the 1974 season, Regazzoni was runner-up behind McLaren's James Hunt in the championship.

This vehicle shares the same engine, transmission and suspension with the Formula 1 car.....[continue reading]

This Ferrari was built for the 1972 season and was first raced by Tim Schenken and Ronnie Peterson during the Daytona 6 Hours. The car finished second behind the sister car piloted by Jacky Ickx and Mario Andretti. Carlos Pace and Arturo Merzario dro....[continue reading] 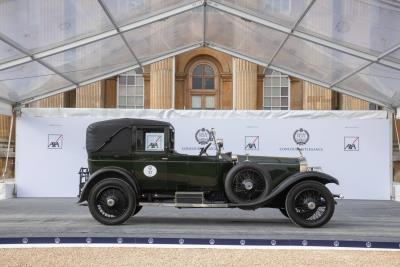 Record entry for prestigious curtain-raiser to Salon Privé Week Rare coachbuilt beauties line up with motorsport legends in the pristine grounds of Blenheim Palace Rolls-Royce, Ferrari and Aston Martin all among the class winners World-renowned... 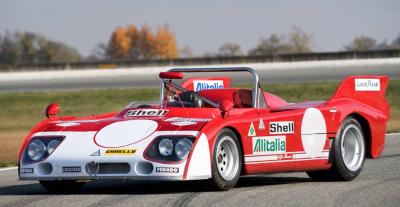