Roadster
Chassis #: H120
Sold for $142,500 at 2012 Bonhams - Quail Lodge Sale.
This 1964 Genie MK10 has a very original configuration with unique eight individual upright exhaust pipes.This car was number one of only six MK 10s designed and built by Joe Huffaker. Huffaker had previously started with smaller 'specials' and Formula Junior before graduating to larger displacement sports racing cars. It first ran in the 1964 United States Road Racing Championship series (USRRC) which was the predecessor to Canadian American Challenge Cup series (Can-Am). This Genie then passed through numerous owners in subsequent years while being raced in the Southwest and Eastern areas of the United States with the Sports Car Club of America (SCCA) and then various vintage race car organizations.The present owner purchased the car in 1990 and personally handled a complete mechanical and cosmetic restoration prior to resumption of racing it in 1991. This Genie has successfully competed in over forty race weekends since restoration. These races were primarily on the west coast.
This Huffaker-Genie Mk 10 USRRC Sports-Racer is powered by a 357 cubic-inch Chevrolet engine fitted with Weber carburetors. There is a Hewland LG500 transaxle and all A.n.-spec hardware. The car has a list of comprehensive spares including wheels, suspension an brake components, various engine and powertrain parts, plus a dedicated alignment rig and other support equipment.
Joe Huffaker got his start in the automotive business creating racing specials and Formula Juniors, before moving into the competitive and exciting market of large displacement sports racing cars. The Formula Junior market had been a successful venture for Huffaker, but by the early 1960s it had become too competitive, with new makes and models appearing very frequently. Huffaker left the diluted scene, which was becoming plagued by high costs, for something with slightly more cubic capacity. The first Genie was the MK4; it was designed for the G-Modified category. It had an 1100CC BMC engine, disc brakes, spaceframe chassis, fiberglass body, and an independent suspension setup with coil springs. They had both form and function, with performance that made them competitive and an appearance that was similar to other sports-racers of the day, such as the Cooper Monacos. The second version of the Genie was the MK5 which was large enough to except a bigger Coventry-Climax FWA, Corvair, or Alfa Romeo engine. Many of these were used in G-Modified competition with much success; Harry Banta won the SCCA West Coast Amateur Championship in a MKV. Specifications varied as an assortment of setups and configurations were used.
The final iteration of the small-displacement Genies was the MK11 created in 1965. Only one example was ever built. It featured a Hewland gearbox, OSCA engine, and a fiberglass body over a space frame chassis.
The USRRC Series was growing in popularity attracting drivers, sponsors, and of course builders. For this series, Huffaker built the Genie MK8 with enough clearance to house a variety of V8 engines, including Ford, Oldsmobile, Buick, and Pontiac. The chassis was a space frame setup with the suspension similar in design to the MK5 but tuned to accept the additional weight and power of the engine. Disc brakes and Dunlop magnesium calipers were placed at all four corners in hopes of keeping the car in the drivers control. The design of the fiberglass bodies were similar to the prior Genie cars, which meant they too had form and function.The MK8's were sold as both a kit and turn-key setup, with an estimated eight being fully-built racers. One of the big issues with the V8 power was how to get it to the rear wheels without twisting, tearing, and braking the drivetrain. A suitable solution was found with a setup similar to the ones used by the Shelby King Cobras. The problem re-appeared when work began on the MK10 which featured heavier and more powerful Chevrolet engines. The MK10 was basically an stronger version of the MK8. It had bigger brakes, stronger chassis that was completely new, wider tires, open rear fenders, beefed up suspension, and an increased front and rear track. Some of the MK8's were upgraded to this specification; some MK10's left the factory in kit form; and only a few, around 2, left as new and complete vehicles. The cost of owning a new MK10 in 1965 was around $9,500. The Genie MK10s were competitive, winning a few races, and providing some competition for the very fast Chaparrals. The beginning of the following season went well for the Genie's, but after a few races the McLaren's and Lola's had matured and were tough to beat.
By Daniel Vaughan | Feb 2008 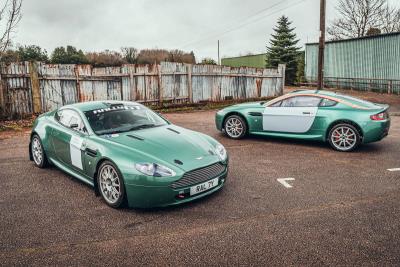 Two of only four Aston Martin Vantage Rally GT cars built by Prodrive to be offered A comprehensive spares package is also included A pair of unique Jaguar F-Types that competed in the 2018-19 Bri... 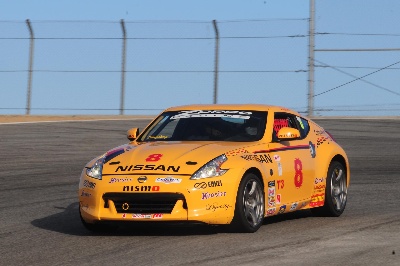