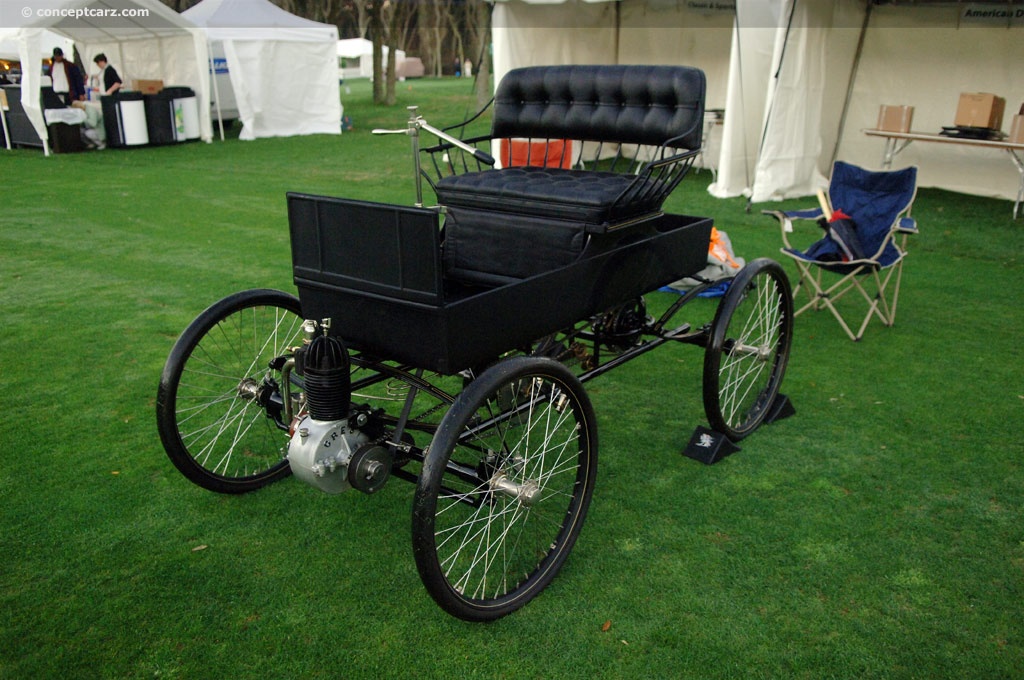 Runabout
Built by Crest Mfg. Company of Cambridge, MA, the Crestmobile 'Doctor's Runabout' is powered by a single-cylinder vertical air-cooled engine. The engine is attached directly to the front axle. A tubular chassis with axle-to-axle reach rods carries the transmission, belt-driven from the engine. Power is taken to the rear axle by chain to a central differential. The steering tiller is mounted to the right of the driver's seat. The Crestmobile has 3.5 horsepower, and a maximum speed of about 12 mph. The car weighs about 550 pounds, and cost $600 new. The Crest Mfg Company eventually became Chrysler Motor Corporation. This car was restored in the 1980s by Donald Hess.