Land Rover is gearing up for the 2009 G4 Challenge with Ú.S. National Selections this May in the state of Nevada. To celebrate this off-road driving and adventure competition, Land Rover presents a 2008 Land Rover LR3 that is outfitted for the G4 Challenge.

Every Land Rover LR3 used in the Ú.S. National Selections event this May, including the LR3 on display at the New York International Auto Show, will be outfitted with the following accessories: 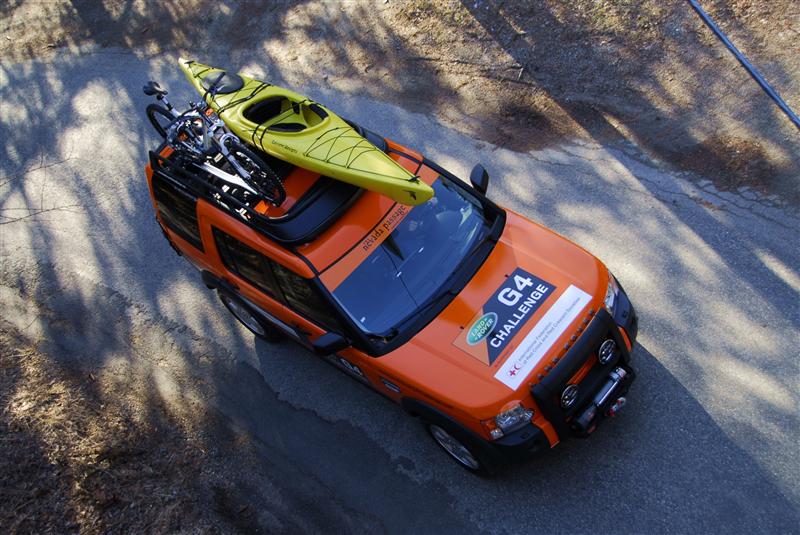 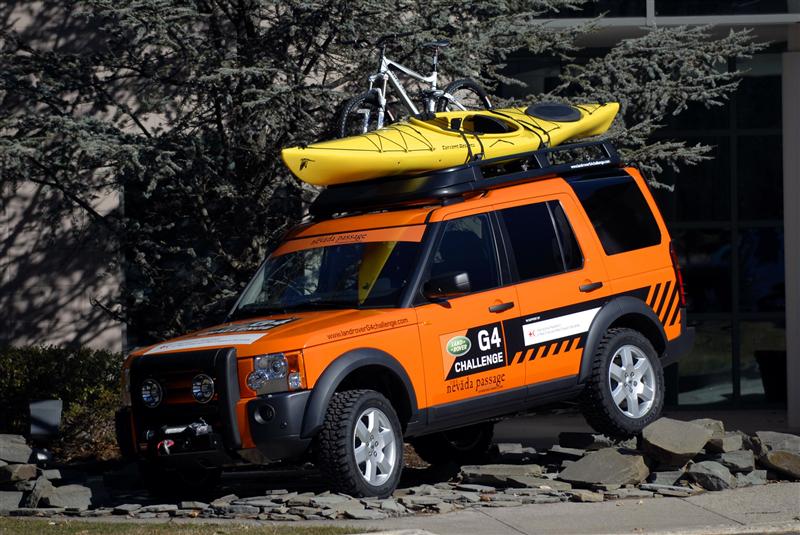 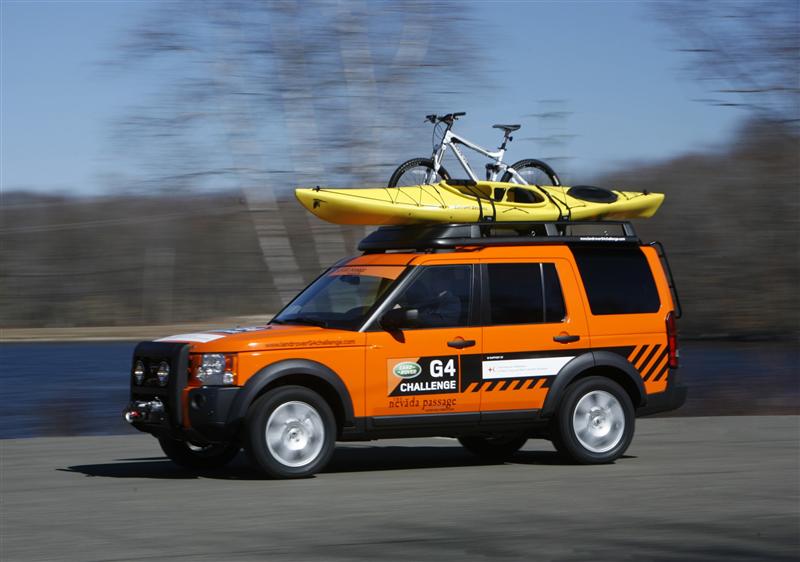 Twenty athletes from around the nation will travel throughout Nevada competing in driving and outdoor adventure activities designed to test teamwork and skills such as off-road driving, navigating, trail running, mountain biking and kayaking. The top two two-person teams from the national competition advance to the international selection event in early 2009, where one team will be selected to represent the Únited States in the final challenge in Asia.

For the first time in the event's history, the Land Rover G4 Challenge will raise funds for two world-class charity organizations: the International Federation of Red Cross and Red Crescent Societies. The competition will culminate with the donation of a Land Rover on behalf of the winning team to their country's national Red Cross or Red Crescent Society. The Challenge will be environmentally sensitive and fully carbon offset through Climate Care.Source - Land Rover

Land Rover has entered a landmark association that will see the Land Rover G4 Challenge run in support of the International Federation of Red Cross and Red Crescent Societies on its return in 2008/09. This new global partnership with the world's largest humanitarian organisation will ensure the adventure competition leaves a positive legacy by acting as a platform to generate funds and assist life-changing humanitarian projects around the world.

Land Rover Managing Director Phil Popham said: 'The Land Rover G4 Challenge is an incredible programme that demonstrates our products' breadth of capability and displays our desire to always push the boundaries of adventure. It is ideal to work as a fundraising and awareness building platform for a humanitarian organisation and we are delighted that we can now make the most of the Challenge's success and leave a lasting positive legacy by working with the International Federation. 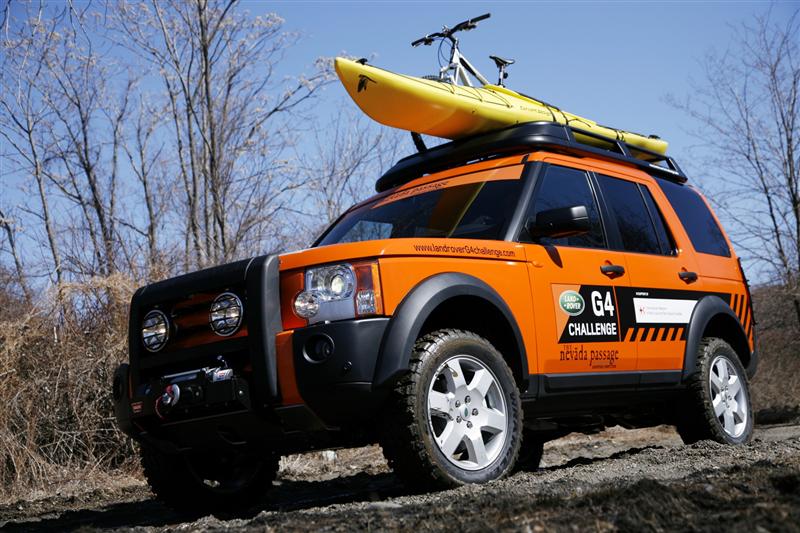 'Land Rover is a strong brand that has a natural fit with humanitarian organisations in general. Our association with the International Federation goes back a long way, to 1954, when Land Rover supplied a long-wheelbase Series 1 to the British Red Cross for use in Dubai as a mobile dispensary. We are now looking forward to forging closer links with the International Federation through the Land Rover G4 Challenge.'

Sir Nicholas Young, the CEO of the British Red Cross, speaking on behalf of the International Federation, said: 'An association with the Land Rover G4 Challenge offers a unique and positive way for the International Federation to reach completely new audiences. It will enable us to activate projects that may otherwise not be possible. This will be a partnership that will save lives - it's as simple as that.'

In a significant expansion to the previous events run in 2003 and 2006, the 2008/09 Land Rover G4 Challenge will involve mixed-gender national teams. Competitors from 18 different countries, who can now register their interest on www.landroverg4challenge.com, will battle through a rigorous national and international selection process. The best male and female from each nation will enter the Challenge itself, which will take place in Asia in early 2009.

The event will again have off-road driving at its core, combined with adventure sports and extreme initiative challenges for an ultimate test of team spirit and physical fitness. The entire Land Rover fleet will be involved, with the Range Rover Sport, Freelander 2 and Discovery 3 all in action as competition vehicles in the distinctive Tangiers Orange colour. The victorious national team will win a Land Rover for their National Red Cross or Red Crescent Society.

Martin Dreyer, winner of the 2006 Challenge, said: 'The last Challenge was an amazing experience and it was a fantastic feeling to win after such a tough competition against competitors from all around the world. I am sure that the new format, with national teams and more female competitors, will make the next Challenge even more exciting.' 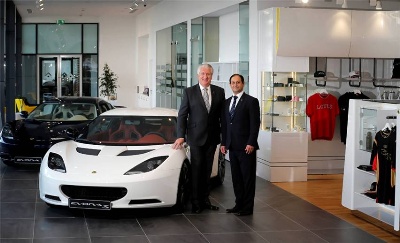 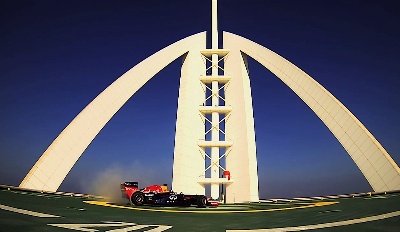 The Making of the Seven Star Spin - Burj Al Arab

ABU DHABI – After celebrating our fourth consecutive win of the Drivers and Constructors Formula One Championships on top of the Burj Al Arab, we provided a behind the scenes photographic account... 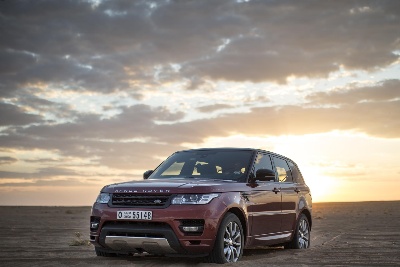 Standard production new Range Rover Sport conquers the harshest challenges of the desert and sets fastest recorded time of 10 hours, 22 minutes Dawn to dusk drive of over 800km (479 miles) by off-ro...
© 1998-2020. All rights reserved. The material may not be published, broadcast, rewritten, or redistributed.