The effects that World War II had on pre-war manufactured Mercedes-Benz automobiles would not be realized for decades. Not only were the majority of these W18 and 290 cars destroyed or lost during the war, but the Mannheim factory was completely incinerated by the Allies at the close of the war. All records and documentation were destroyed in the inferno.Mercedes-Benz technical director Hans Nibel, the man responsible for the marque's successful W25 race car, was also responsible for the 290 model, which became one of the Stuttgart factory's most influential designs. A total of 3,929 Mercedes-Benz 290 W18s were produced from 1933 to 1937 in various forms. The 290 was first offered with a variety of factory body styles, including a 6-seat touring car and a 4-door saloon. In 1936 these styles were joined by a fourth, more sporting car, the Cabriolet A, which was 7.5 inches lower than the other standard-bodied cars. This Sindelfingen-built Cabriolet is one of the rarest of the 290 models. It is built on the shorter 114-inch chassis and includes the standard 60 horsepower, 2.9-liter, 6-cylinder side-valve engine. It has a body by Sindelfinger Karoserie and was manufactured in 1936. It was not sold to its first owner until 1948 indicating it was likely hidden away during the rise of the Third Reich and World War II.
There is no argument that the W18 was a 'mid-priced point' car. Mercedes-Benz manufactured the high end 380, 500 and 540K luxury models. However, wealthy buyers preferred the 290 model as it was not ostentatious.
The current owners are the 4th owners of this vehicle that is powered by a 2.867 liter straight six cylinder engine developing 68 horsepower coupled to a four-speed transmission.

This is a one-off with body by Sindelfingen, the company's in-house coachbuilder. It has been restored to the original color configuration it wore when it left the factory in 1936. It has a straight six engine of 2.9-liters with 68 horsepower and three-speed transmission. Though smaller, one can see many details of the larger and more powerful 500K and 540K of the same era. The 290 series was distinguished y its lack of external exhaust pipes.Both the 230 and the 290 were more traditional representations of Mercedes designs. Mercedes produced 2929 290 vehicles during the production years from 1934 through 1936.

Mercedes-Benz produced 3,929 290s from 1934 through 1936. This Mercedes-Benz 290 Cabriolet A Chassis was built in Mannheim at the Sindelfingen Karosserie. Its first owner is unknown, but it was purchased by Herman Reuter in Germany in 1949 and brought to America. It was dismantled in 1954 and placed in storage in a Detroit warehouse where it remained until 2010 when it was acquired by the current owner. It has a straight six 2.9 liter engine and a three-speed transmission. The 290 series is distinguished by the lack of external exhaust pipes, but it has many details of the larger and more powerful 500K and 540K cars of the same era.
Both the 230 and 290 were more traditional representations of Mercedes designs. The Mercedes-Benz 290 was produced from 1934 to 1936 with a total of 2,929 models produced. Vehicle types were the cabriolet, 2 doors (B, C, C lang cabriolet types), Saloon, 4 doors, 4 seats (streamline saloon types also). Engine types had a capacity of 2867 cc, with S6 SV capacity.The 170 range that was unveiled in the new 1934 range was closely futuristic in its look and design. Rear-engined, the 170 H was very similar to the forthcoming VW Beetle. Not produced again until after 1939, the 170 range did not sell in large numbers.

Becoming a renowned motor vehicle, the 500 was a handsome, if a somewhat sinister looking vehicle to look at. The 500K was even more magnificent with a 3.8 liter straight eight engine that displaced a 5019 capacity and was fitted with a supercharger. In 1934, its available 160 bhp was a huge figure that was incredibly smooth to drive. Used for only a few two-seater vehicles with special bodies, it was fitted with a short-wheelbase chassis. The radiator was placed back, right above the front axle, and these models carried the designations 500 K sports roadster, sports cabriolet and sports coupe. The chassis of the 500 K was complete with helical-spindle steering that had been adopted, though in a further refined form, from the earlier 380 series. This new double-wishbone axle was fitted with coil springs placed at the front, and the double-joint swing axle, complemented by double coil springs along with additional transverse balancing spring, placed at the rear.
With the mechanical parking brake placed on the rear wheels, the vacuum-boosted service brake acted hydraulically on all four wheels. The entire vehicle weighed 2,300 kilograms, with a chassis that weighed as much as 1,700 kilograms.
The elegance of the 500 K body was considered to be quite a vision that was unparalleled. The most ingenious coachbuilders in Sidelfingen are responsible for its design. Very few customers opted for bodywork tat tailored by independent bodybuilders, as the Sindelfingers rose above themselves in accommodation customers' special wishes. A total of 342 units of the 500 K models were produced within two years. In 1936, the 500 K was replaced by the 540 K with a new supercharged 180 hp engine in response to the virtually insatiable craving for performance. A total of 319 units of the 540 k were produced.By Jessica Donaldson
Concepts by Mercedes-Benz 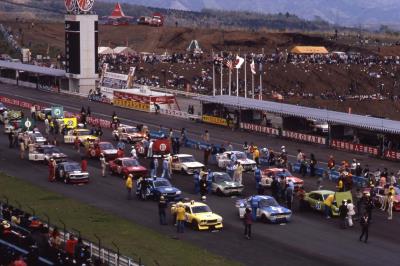 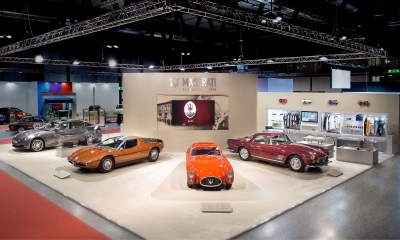 A6GCS-53, 3500GT, Bora and new Ghibli GranLusso MY18 Modena, 24 November 2017 – The Milano AutoClassica weekend began today at the Rho Exhibition Centre, and Maserati is present in Hall 18, on a stand of 260 m2 that includes a selection...

The 1929 Duesenberg Blue J and 11 collector cars from the William A. C. Pettit, III Collection will be sold at Gooding %26 Companys Pebble Beach Auctions Estate Proceeds will benefit the Shriners Hospital for Children®-Tampa Gooding %26...