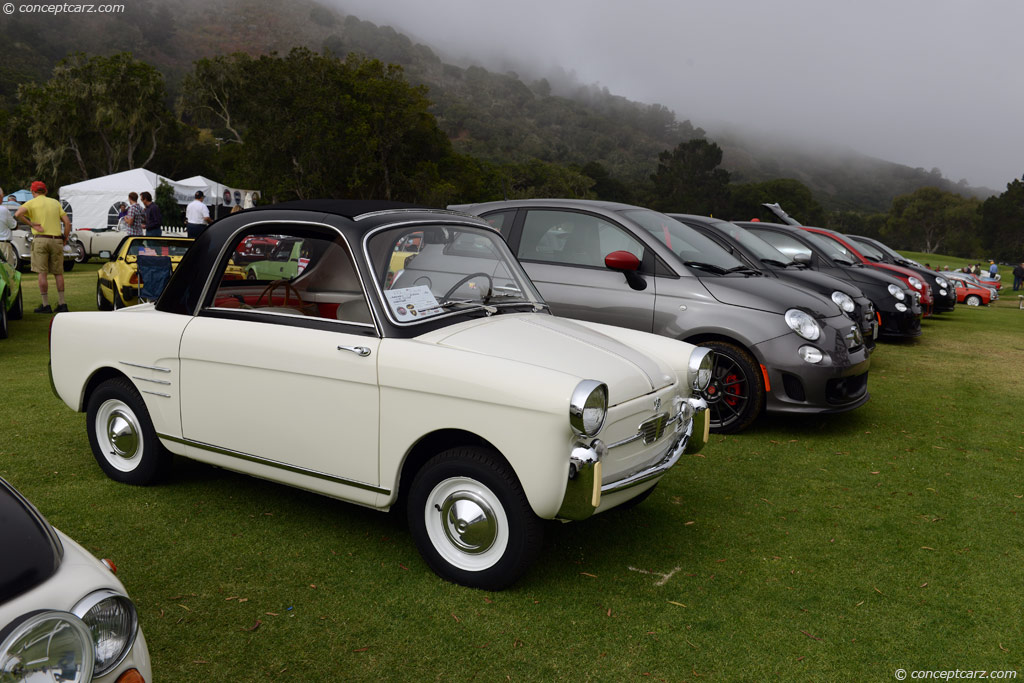 Edoardo Bianchi was a bicycle manufacturer who created the company Bianchi, in 1885. Beginning in 1899, he began experimenting with the automobile. The company's history is also remembered for their motorcycle production, of which many were used successfully in sporting competition.

Prior to World War II, the company produced a variety of models that appealed to a wide range of consumers. By the close of the 1930s, production had shifted towards concentrating on motorcycles and commercial vehicles. The companies factories were destroyed during WWII, and Edoardo Bianchi passed away in 1946 due to a car accident. Ownership of the company went to his son, Giuseppe.

After the war, a new factory was constructed in Desio and production resumed for bicycles, motorcycles, and commercial vehicles. Bianchi later approached Fiat and Pirelli with a proposal to form a new company that would focus on automobile production. An agreement was reached in early 1955 and the Autobianchi Company was formed. A new factory was built to handle the production.

Fiat provided the technical components and knowledge, Pirelli provided the tires, and Bianchi created the bodies and assembled the vehicles. The first product produced under this new venture was the Bianchina which was based on the Fiat 500. It was powered by an air-cooled, two-cylinder engine mounted in the rear of the car. The body was designed by Luigi Rapi. The car was positioned to sell above the Fiat 500 and offered luxury features not found on the 500. The first body style to roll of the assembly line was the 'Trasformabile' and would remain as the only body-style available until 1960 when the Cabriolet was introduced. A three-door estate dubbed the Panoramica and a two-door saloon called the Berlina was introduced later.

In 1960, the newly introduced Fiat 500D became standard equipment on the microcar. An Autobianchi Bianchina Cabriolet played a starring roll in the original 'Pink Panther' movie, starring Peter Sellers.
By Daniel Vaughan | May 2008

The Milan based Bianchi Company produced vehicles for 56 years that included large and small cars, motorcycles, tanks (in support of the war efforts), and trucks. In 1955 it merged with Pirelli and Fiat to become Autobianchi SpA and produced Fiat 50....[continue reading]

The Bianchina was introduced to the world at the Paris Auto Salon in the spring of 1957, and was the first car to be produced by the new found union between Fiat, Bianchi, and Pirelli. It featured Fiat 500-based mechanicals, a rear-hinged door, uniqu....[continue reading]

As many as 10,000 examples of the Autobianchi Bianchina were sold throughout Europe and roughly 200 examples were imported to America. These were agile microcars that were fuel-efficient, versatile, and sporty. This particular example has a two-tone ....[continue reading]