This #10 SunTrust Racing Daytona Prototype is driven by Max Angelelli of Monte Carlo, Monaco and Michael Valiante of Vancouver, B.C., Canada. The owner is Wayne Taylor.

Throughout his career as a professional sports car driver, Wayne Taylor has worn many hats — racer, father, champion, ambassador, businessman, promoter, negotiator and spokesman to name just a few. Without taking away any of the aforementioned titles, add owner of the No. 10 SunTrust Pontiac Dallara Daytona Prototype team of Wayne Taylor Racing in the Grand-Am Rolex Sports Car Series to Taylor's hat collection.

After bringing SunTrust to the Rolex Series in 2004 and co-driving the No. 10 racing machine with longtime friend Max Angelelli to the 2005 series championship, Taylor formed his own race team last fall to carry on the SunTrust Racing legacy.

'Instead of just contracting someone to run the team, the time was right for me to take on a larger role and create Wayne Taylor Racing,' said Taylor, the three-time sports car champion who continues to function as full-time owner and occasional driver of the No. 10 SunTrust Pontiac Dallara. 'Thanks to SunTrust's support, we've been able to make Wayne Taylor Racing a reality.'

About Max Angelelli
Max Angelelli has been a friend and driving partner with Wayne Taylor since 1999 when, in their first race together, they made it to the podium as runners-up in the Rolex 24 at Daytona. Max helped Wayne launch the Cadillac Prototype racing program in 2000, co-drove with Wayne in the No. 10 SunTrust Racing Pontiac Riley from 2004 through 2006, and partnered with Wayne in the November 2006 formation of Wayne Taylor Racing, which now carries the SunTrust banner in the Rolex Series.

Max is a great all-around race driver with experience in GT cars, prototypes, and single-seaters and has raced in Europe, North America and the Orient. Known as a real challenger, he faced the Porsche and Mercedes factory teams in the European GT series, finishing fourth in overall driver points in 1998. Before that, he focused on the ultra-competitive European Formula 3 Championship, where he earned a top spot with the factory-backed Volkswagen team, as well as driving for Team West McLaren. With the SunTrust team, Max co-drove with Taylor to the 2005 Rolex Series team and drivers title. Through the 2006 season, Angelelli has nine Rolex Series victories to his credit.

About Michael Valiante
Valiante is the newest member of the SunTrust Racing family of drivers, joining Max Angelelli as full-time co-driver in 2008. He had a Rolex Series career-best second-place finish at Iowa Speedway in 2007. Valiante rose through the open-wheel ranks as a perennial championship contender and multiple race-winner in Champ Car's Formula Atlantic and Barber Dodge development series.Source - SunTrust Racing 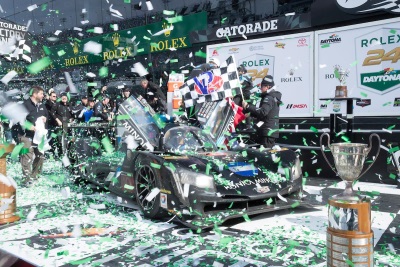 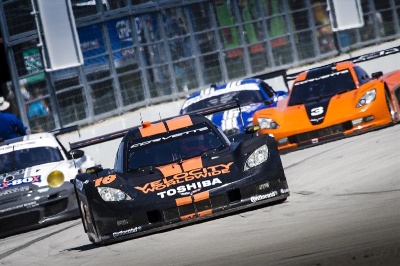 One of Americas most livable cities is home to one of the nations most iconic sporting venues – the Indianapolis Motor Speedway – which today was a hotbed of activity as large crowds turned out on a... 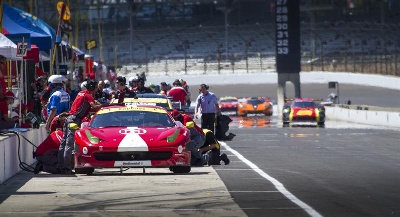 A classic Chamber of Commerce day – brilliant sunshine, temperatures in the mid 70s, and a refreshing northeasterly breeze – made a spectacular backdrop for todays GRAND-AM Rolex Sports Car Series practice... 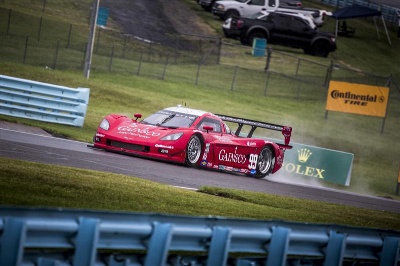 In anticipation of the six-hour endurance race that will kick off the second half of the 2013 GRAND-AM Rolex Sports Car Series, the atmosphere at Americas legendary race circuit – Watkins Glen International...
© 1998-2020. All rights reserved. The material may not be published, broadcast, rewritten, or redistributed.