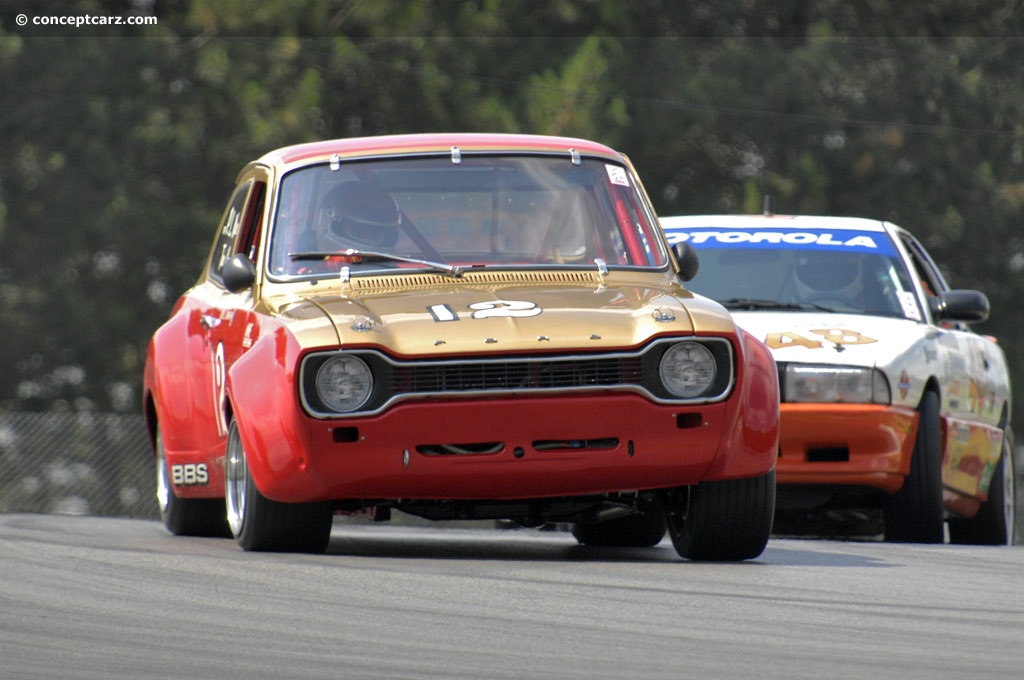 The Ford Escort MK I was introduced near the close of 1967 in the United Kingdom and Ireland, making its show debut at the Brussels Motor Show in January of 1968. The Escort served as a replacement for the popular and long-running Ford Anglia. They had a rear-wheel-drive configuration, and a four-speed manual gearbox, or three-speed automatic. In the front was a MacPherson strut suspension while the back used a live axle mounted on leaf springs. The Escort holds the distinction of being the first small Ford to be fitted with a rack-and-pinion steering.

The styling followed the conventional 'Coke bottle' company styling of the period with a 'dogbone' shaped front grille. Body styles initially included a two-door saloon in various trim levels. In March of 1968, Ford introduced a two-door estate version that had a back seat that could be folded down to provide additional cargo capacity. A panel van arrived in April of 1968 followed by a four-door saloon in 1969.

The Kent Crossflow engine initially displaced 1.1 L and 1.3 L. Some export markets received a 940cc engine. The 1300GT performance engine was an overhead valve unit with a Weber carburetor.

The Ford Escorts proved popular and successful, both on the road and the track, particularly in club racing, Rallying, rallycross, and hillclimbing. A higher-performance version, known as the Escort Twin-Cam, was built for rallies and racing in Group 2 international rallying. Power was from a Lotus-made eight-valve twin camshaft head unit fitted to the 1.5-liter non-crossflow block and with its larger bore gave it a displacement of 1,558cc. The engine had originally been developed for the Lotus Elan and proved durable and potent.

883 examples of the Ford Escort Twin-Cam were built and were one of the most successful rally cars of all time. Among the Escort's greatest victories was in the 1970 London to Mexico World Cup Rally where it was driven by Hannu Mikkola. This accomplishment led to the Escort Mexico road version.

Above the Escort Mexico was the Escort RS1600 developed using an engine that was basically a detuned version of the Formula 3 unit designated BDA (Belt Drive A Series). Both of these versions were built simultaneously at the Ford Advanced Vehicle Operations (AVO) facility located at the Aveley Plant in South Essex. Along with engine modifications, they had a sports suspension and strengthened bodyshells.

The name Escort was first applied to a Ford vehicle in the 1950s and was used on an estate car version of the Ford Anglia 100E. It became its own model in 1967 and served as a replacement for the Anglia. It was originally a European model that would later become adopted by the North American market in 1981. The first generation of Ford Escorts in the US shared many components with its European counterpart....
Continue Reading >>

Originally a European model, the Escort badge has been applied to various designs in North America over the years. From 1955 until 1959, the Escort name was first used in the United Kingdom for a variant of the sidevalve-engined Ford Squire. Manufactured by the Ford Motor Company, the Ford Escort was a compact vehicle produced from 1967 through 2003. Many enthusiasts believe that the Ford Escort....
Continue Reading >>

This Escort RS1600 MK-1 was built in 1971-1972 in England by ex-Broadspeed mechanic Carl 'Tivy' Shenton while he was managing Spec Fab at Pershors in Worcestershire, England, and includes an Atlas, six-link rear axle, a ZF five-speed, four-wheel disc....[continue reading]