The IndyCar Series is an American open-wheel racing series built upon the traditions and pageantry of the most famous race in the world, the Indianapolis 500 Mile Race. Fans young and old are drawn to the excitement and drama generated by charismatic drivers racing at thrilling speeds. Now in its 13th season, the IndyCar Series holds 16 exciting weekend-long events in some of the biggest markets in the Únited States.

The 2008 season consists of 16 races, including 11 oval-track races, three road course events and two temporary street courses on the streets of St. Petersburg, Fla. and Belle Isle in Detroit, Mich. In only four seasons of competition, Andretti Green Racing owns the Indy Racing League record for wins by a team with 36. AGR's IndyCar Series effort has accounted for 32 of those wins with the other four coming in the Indy Pro Series.

AGR returns three of its drivers for the 2008 season along with team newcomer and IndyCar Series rookie Hideki Mutoh. Team 7-Eleven driver, Tony Kanaan, returns after an IndyCar Series championship in 2004 and finishing runner-up in 2005. Marco Andretti, who captured the Indianapolis 500 and IndyCar Series rookie of the year awards in 2006, returns to drive the #26 NYSE car and Danica Patrick will pilot the #7 Motorola machine after scoring her career-best finish during the 2007 season with a runner-up finish at the inaugural Detroit Belle Isle Grand Prix.

In addition to its Indy Racing League program, Andretti Green expanded into the American Le Mans Series with Acura in 2007 with and made an immediate impact, capturing an historic class win at the Mobil 1 Twelve Hours of Sebring.

Sunday's result was Mutoh's seventh top-10 finish of the 2008 IndyCar Series season. Mutoh maintains a 31-point lead over Will Power in the Bombardier Learjet Rookie of the Year standings with five races to go.

Ryan Briscoe captured his second win of the year on Sunday and was followed by his teammate Helio Castroneves. Championship points leader Scott Dixon was third, Will Power was fourth and Oriol Servia rounded out the top five.

The IndyCar Series continues next weekend with the Rexall Edmonton Indy in Edmonton, Alberta, Canada. ESPN will provide live broadcast coverage of the event beginning at 5 p.m. (EDT) on Saturday. XM Satellite Radio subscribers can also listen to live coverage on XM channel 145.

Hideki Mutoh, #27 Formula Dream Dallara/Honda/Firestone:
'The Formula Dream car was good at the beginning of the race. In fact, I think we had one of the fastest cars in the first stint. But, the last stint we developed too much of an understeer condition and we just couldn't pass anyone. Our strategy for the race did not work out the way we needed. It was a tough day. I hope we can have a better result next week.'
Source - Andretti Green Racing

Ryan Briscoe won his second race of the season. Helio Castroneves, Scott Dixon, Will Power and Oriol Servia rounded out the top five.

The IndyCar Series returns to action on Saturday, July 26, with the Rexall Edmonton Indy in Edmonton, Alberta, Canada. ESPN will provide live broadcast coverage of the event beginning at 5 p.m. (EDT). The race will also be heard on XM Satellite Radio, channel 145, the official home of the IndyCar Series.

Danica Patrick, #7 Motorola Dallara/Honda/Firestone:
'Kyle (Moyer) made a great call this afternoon. We thought the yellow was going to come out after Graham (Rahal) spun so Kyle said to pit. Únfortunately, the yellow did not come out, it stayed green. I had to conserve fuel the last stint of the race, but I was able to gain some positions and get some points.'Source - Andretti Green Racing 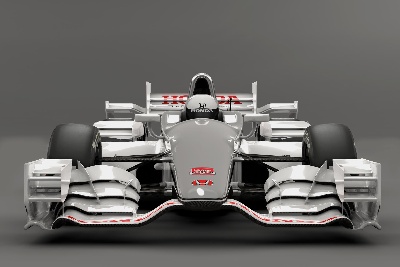 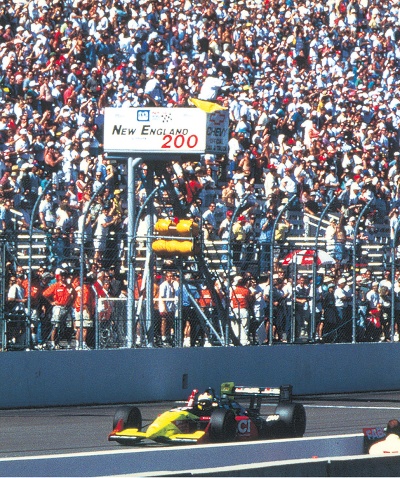 Honda has a long record of success at The Milwaukee Mile, the oldest racing facility in North America. Honda-powered drivers and teams have won nine times in 17 races since the company entered Indy car...