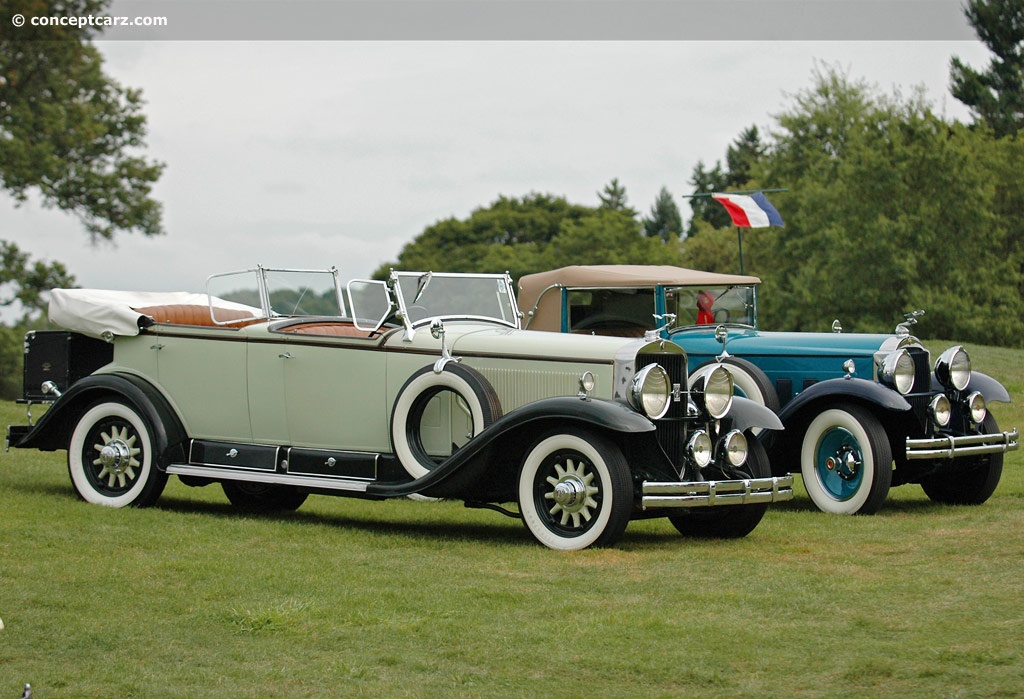 The Cadillac Company was founded in 1902 after Henry Ford left his self-named company after a dispute with his investors. With engineering guidance from Henry M. Leland, Cadillac quickly became a world-class luxury-car manufacturer. By the close of the 1920s, Cadillac had become a subsidiary of General Motors and part of their continued success was due to the 353 cubic-inch, overhead-valve, flathead V8.

In 1915, Cadillac first introduced its V8 engine, designated as the Series 51. The engine performed so well that it remained relatively unchanged in its lineup until 1928. When the motor was finally updated and altered for 1928, the changes were subtle. The displacement capacity was increased and the new Cadillac received styling penned by Harley Earl. The European influenced designs were done with a similar flair that had been performed with the LaSalle brand. Each subsequent year, Earl's subtle design changes refined the styling, keeping them modern and at the forefront of styling trends.

The Cadillac Motor Division of General Motors introduced its sixteen cylinder automobile in 1930, just a few months prior to the start of the Great Depression. The increase in cylinders, performance, and luxury brought the 'cylinder wars' to even greater heights and the Cadillac Company as the engineering leader of the American automobile industry. It was the V-8 Cadillac, however, that continued to be the company's bread-and-butter and earned the division its reputation as 'The Standard of the World.'

The early Cadillac V-8 engines suffered from the same period of vibration in the standard operating range as typical 4-cylinder powerplants. This was tolerable as long as open cars remained the industry standard, but the growing popularity for closed cars necessitated a solution, as the vibration was amplified through the cabin. GM's engineering genius Charles Kettering and his team were tasked with solving the problem. Their solution was a four-plane crankshaft, which placed opposing piston pairs at 90-degree intervals, effectively balancing the engine as four V-twins rather than two inline-4s. This solution made the V8 engine perfectly balanced and whisper quiet.

In 1929, improvements to the 353 cubic-inch V8 engine brought horsepower to 95 bhp. Other improvements included Delco double-acting shock absorbers, improved brakes, and safety glass. The new 'Synchro-Mesh' transmission was arguably the most advanced innovation to grace the V8 Cadillac.

The L-Head V8 engine offered 90 horsepower and was mated to a new 'clashless' 3-speed transmission with a three-quarter floating rear axle, which allowed for seamless shifting. A bewildering number of available coachwork rested on the long, 140-inch chassis. Cadillac 353s could be ordered in more than 50 different body styles, including seven standard closed-coupe variations offered by Fisher Custom. An additional 11 basic body options were offered by Fleetwood Special Custom.
by Daniel Vaughan | Mar 2020

The year 1930 was pivotal for the Cadillac Motor Division of General Motors. Although the company introduced a new 16-cylinder motorcar, its venerable V-8 was still the mainstay.....[continue reading]

For 1930, Cadillac offered the Model 353 in seven closed Fisher Custom bodies, including the Convertible Coupe. The Fleetwood catalog had eleven basic bodies in many different variations, which totaled nearly 40 different choices. This vast lineup ....[continue reading]

The 353 Series Cadillacs were designed by General Motors new design chief Harley Earl, who went on to become a legendary American designer. Thanks to the new designs, Cadillac sales figures for 1929 were nearly double those of 1928. ....[continue reading]

This car was ordered by Uppercu Cadillac Company on July 30th of 1929 and delivered on October 17th, 1929 to the Brooklyn New York dealership. The car was sold new to a dentist in New Jersey. Known ownership in history from new. The car has never bee....[continue reading]

1930 was a pivotal year for the Cadillac Motor Division of General Motors. While the company introduced a new 16-cylinder motorcar, its venerable V-8 was still its mainstay. The Series 353 Cadillacs were designed by General Motors' new design chief H....[continue reading] 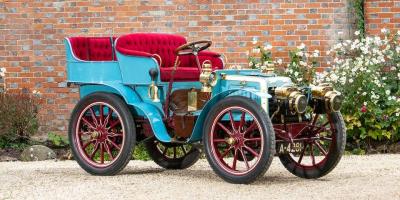 Important Pioneer Motor Car is Feature Lot of London to Brighton Sale One of the most important automotive pioneers, a 1901 Panhard-Levassor Type A2 7hp Rear Entrance Tonneau known as Le Papillon... 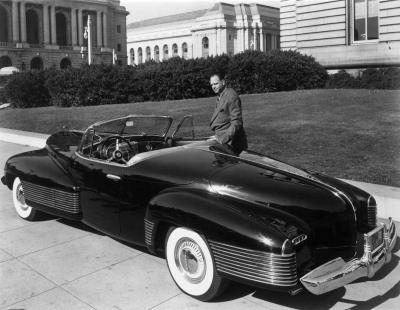 Jacksonville, FL - The Silver Anniversary Amelia Island Concours dElegance will honor the extraordinary contributions to automotive styling and design by GMs -- and the industrys -- first styling...