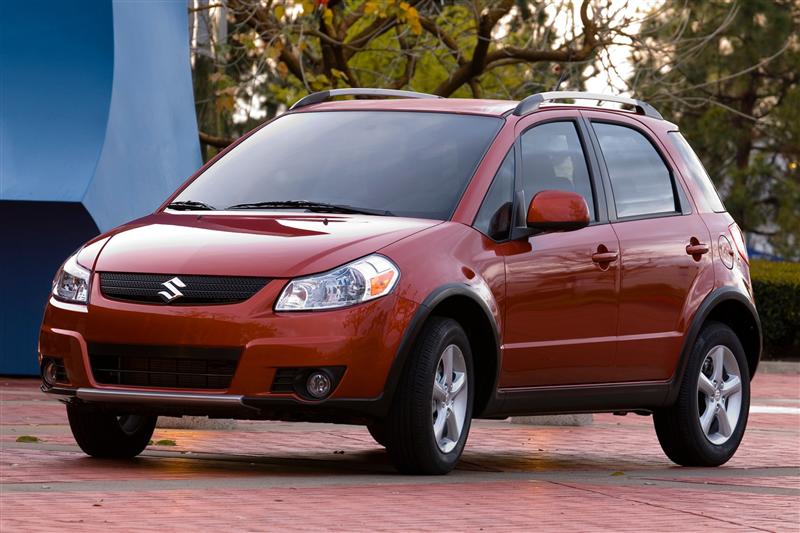 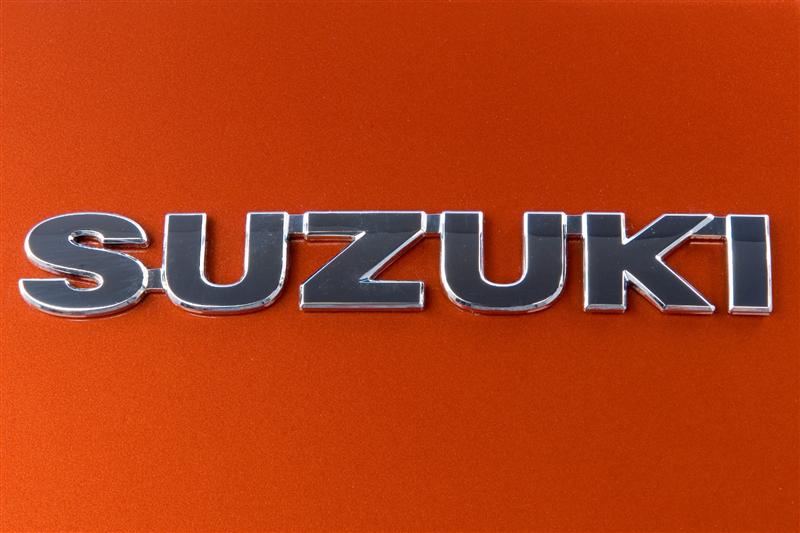 Suzuki Equator: Right Truck, Right Time
For the most adventurous Suzuki customers – those with Suzuki motorcycles, ATVs or marine products – the ideal vehicle is a pickup truck. For 2009, Suzuki meets that demand with a truck sized and priced for the times. The all-new 2009 Equator provides all the capability most pickup drivers will ever need without the fuel-guzzling flab of full-sizers. The Equator returns up to 23 mpg on the highway (2.5-liter 2WD). 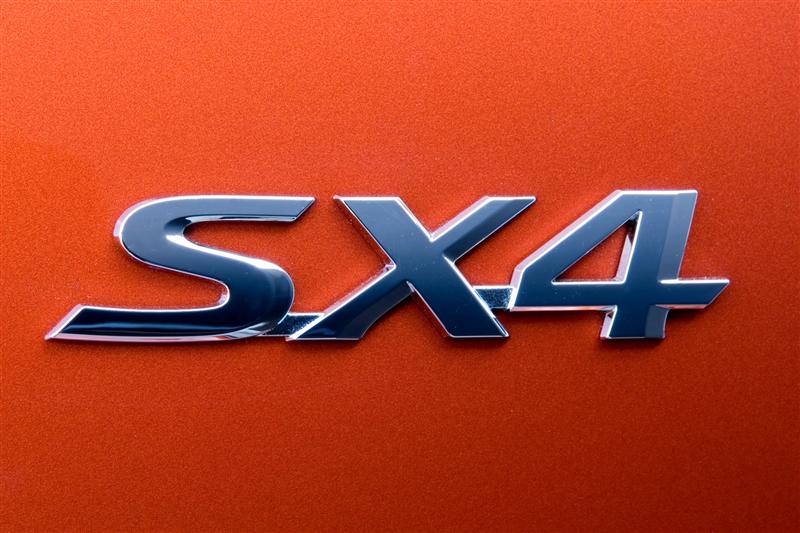 The Suzuki Equator reflects its name, occupying the middle ground with rugged body-on-frame construction, available part-time four-wheel drive with advanced dynamic off-road handling systems and a choice between four-cylinder or V6 powertrains. The Equator is available in both Extended Cab and four-door Crew Cab configurations and offers a choice between standard or long bed lengths. 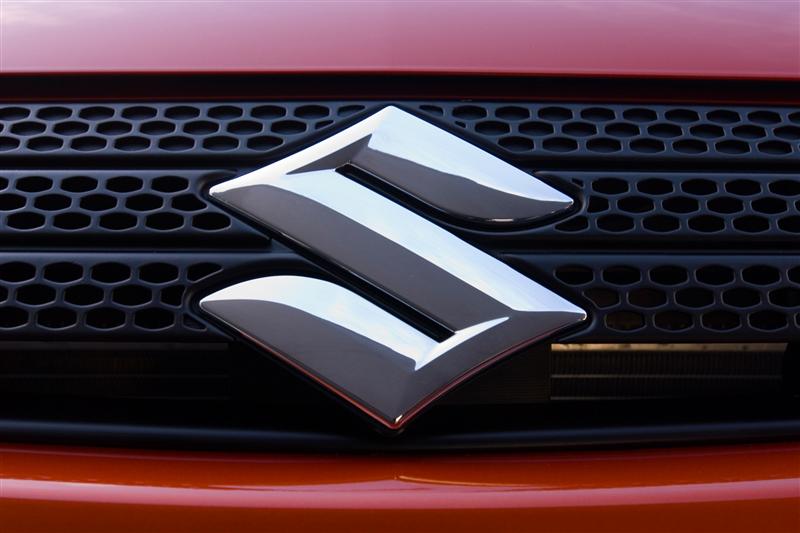 Equator is priced competitively with a value advantage, and comes with the value of America's #1 Warranty: a 100,000-mile/seven-year, fully transferable, zero-deductible powertrain limited warranty, Suzuki SX4: Small in Size, Big in Stature and High in Value

Suzuki is known in world markets as a small-vehicle expert, but it is in vehicle packaging rather than pure size where the company's talents really stand apart. The earlier Suzuki Swift subcompact models, though no longer offered new, have become hot items as used cars of late. The Swift was a marvel of small-car packaging and economy and was appreciated by those owners enjoying its spirited performance, high fuel economy and sophisticated chassis.

That character lives on in the 2009 Suzuki SX4 model, based on the current-generation Swift platform – a top-seller in Europe and Japan. The 98.4-inch wheelbase makes the SX4 Sport and SX4 Crossover models highly maneuverable and fun to drive, without having to sacrifice room and comfort for capability. Plus, the SX4 models offer the most in-demand safety features, including side curtain airbags and Electronic Stability Program (ESP®) – standard on SX4 Crossover and optional on SX4 Sport. The SX4 models are equipped like some competitors' high-line models, including a new standard integrated portable navigation system, but priced like their lesser-equipped entry models.

Fuel economy is a top priority for more vehicle buyers today. The SX4 Sport is EPA-rated at 30 mpg highway; the SX4 Crossover, with its high-utility body design, is rated at 30 mpg in highway driving, and 28 mpg with available Intelligent All-Wheel Drive (i-AWD™) – among the highest economy ratings for any all-wheel-drive crossover vehicle in America. The performance comes from an engine designed for durability, including a timing chain instead of the expensive-to-replace belts used in many competitor models. Also standard is America's #1 Warranty, helping bolster value and reduce cost of ownership in ways an SX4 owner will appreciate years after the initial purchase.
Suzuki Grand Vitara: Capability, Room, Adventure and Value Suzuki is a recognized expert in compact four-wheel-drive vehicles, and the Grand Vitara is its latest SÚV prodigy. With a new, more fuel-efficient four-cylinder engine, the Grand Vitara offers fuel economy comparable to some crossover-type SÚVs (up to 26 mpg highway), while providing true 4X4 SÚV capability more in line with premium-brand models.

The key to Grand Vitara's overall capability is rooted in its body construction. It uniquely combines the strength of a unitized body/chassis with the rugged capability of an integrated ladder frame – all underpinned by a RWD layout. This RWD, unibody construction mirrors that of luxury SÚVs from Mercedes and BMW rather than the car-based 'cute-utes' often found in the category. Similar to Land Rover models, the Grand Vitara features four-wheel independent suspension (which the bodyon-frame Toyota Land Cruiser does not), ESP and a choice between two types of available full-time four-wheel-drive systems. Body packaging, another Suzuki strong suit, combines efficient passenger and luggage room with a sporty, rugged and elegant look.

Suzuki XL7: Adventure for Seven, with Better Economy for 2009

A standout in one of the more popular segments, the seven-passenger XL7 midsize crossover is an ideal vehicle for customers with active families or friends. Únlike other vehicles, the XL7's price point will not dampen adventurous ambitions. 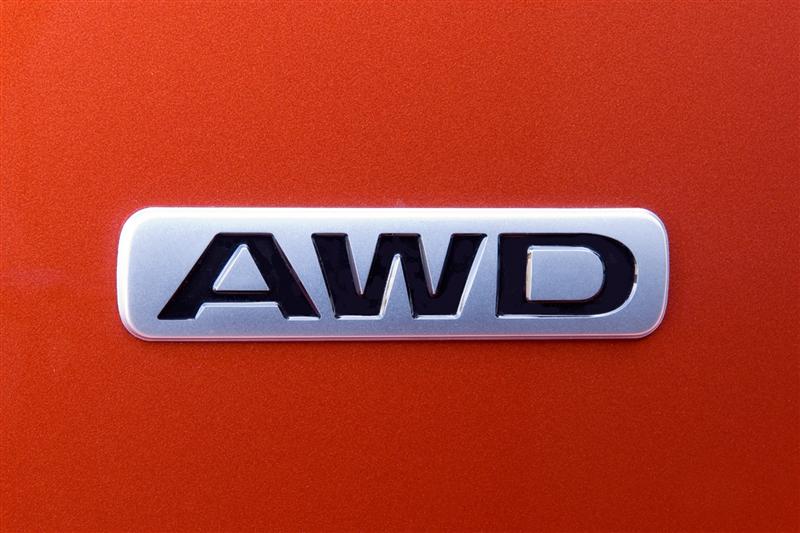 For 2009, the Suzuki XL7's new six-speed automatic transmission returns better fuel economy (now up to 24 mpg highway, an increase of 2 mpg) than last year's model, providing more value than ever before. Suzuki is all about giving more while taking less. The Suzuki XL7 rivals other sevenpassenger crossovers, such as Mazda CX9, Toyota Highlander and Honda Pilot, in terms of room, performance and capability, while matching them in available luxury, amenities and technology. The XL7 offers all this for a considerably lower price than its immediate competition, leaving more left over to buy fuel for life's many destinations and a hotel or campsite once you've arrived.Source - Suzuki 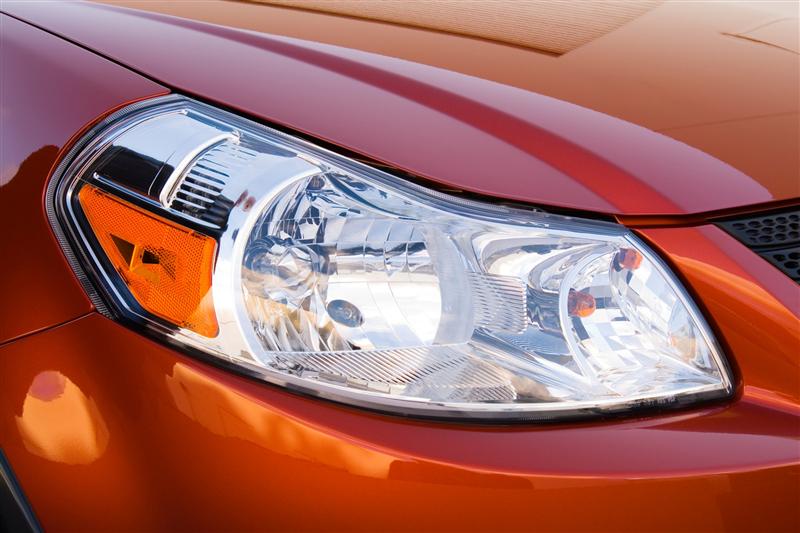 Having appeared on several prestigious automotive industry lists in 2008, including Kelley Blue Book's 'Top 10 Coolest Cars Únder $18,000,' and after receiving several awards, including a Ward's Automotive 'Interior of the Year' prize, the SX4 Sport quickly became a must-have vehicle in the compact segment.

Now in its second model year, the SX4 Sport offers buyers even more value and freedom, adding a fully integrated standard navigation system, marking the first time a vehicle priced below $16,000 will include navigation as standard equipment. Other 2009 enhancements that add purposeful, real-world functionality include a driver and passenger armrest and split-folding rear seats. Automatic climate control, heated door mirrors and fog lamps also are included in the SX4 Sport's Touring package. Suzuki is extending the SX4 family offerings with the new SX4 Sedan, the entry version of the four-door SX4 Sport. As with all retail 2009 Suzuki automobiles and light trucks, the SX4 Sport is backed by America's #1 Warranty: a 100,000-mile/seven-year, fully transferable, zero-deductible powertrain limited warranty.

New Navigation System Únlike Any Other
Enhancing the lives of people who live life like they really mean it, the SX4 Sport adds a fully integrated standard navigation system for the 2009 model year. Referred to as the Suzuki TRIP™ (Travel, Real-time traffic, Information and Play), the SX4's navigation system is the result of a collaboration with Garmin.

It utilizes Navteq® mapping software and comes preloaded with street maps that feature millions of points-of-interest, such as hotels, restaurants, gasoline stations, ATMs and Suzuki dealership locations throughout the country. The navigation unit includes a removable flip-up 4.3-inch touch screen display and is fully integrated into the vehicle's audio system, which results in all navigation commands being channeled through the SX4's speakers.

Powertrain: 'Sport' is Built-In
Built in Japan, the Suzuki SX4 Sport lives up to the 'sport' in its name with a sophisticated 143-horsepower 2.0-liter, four-cylinder engine, a more powerful standard engine than segment volume leaders. Customers can choose between a standard five-speed manual transmission or an available specially-tuned four-speed automatic transmission. (posted on conceptcarz.com) The SX4 Sport returns city/highway EPA fuel economy estimates ranging from 22/29 mpg for the SX4 Sport (MT), to 22/30 mpg for the SX4 Sport (AT) and Sedan (MT), and up to 23/31 for the SX4 Sedan (AT). 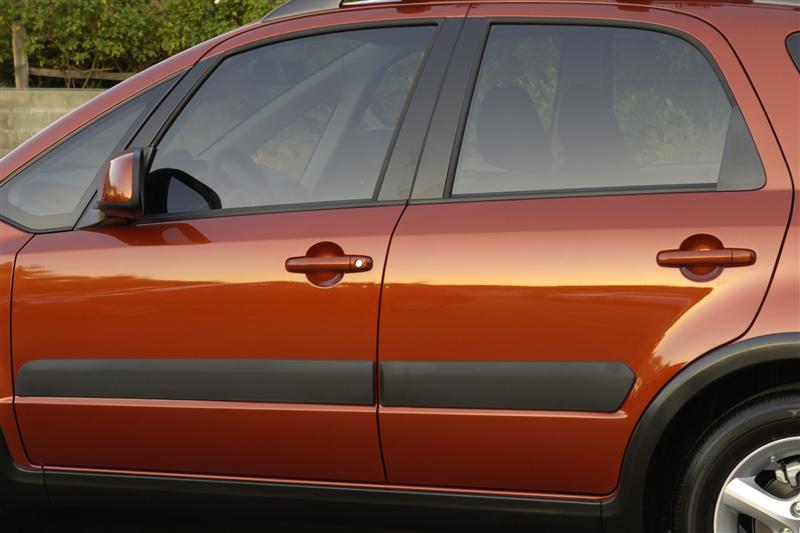 The use of regular-grade fuel might come as a surprise given the engine's high-performance credentials: an aluminum cylinder block and head, double overhead camshafts, a forged steel crankshaft, aluminum pistons on drop-forged connecting rods, a 10.5:1 compression ratio, a resin intake manifold and a variable induction system. Additionally, the camshafts are chain-driven, rather than using a belt, which reduces maintenance costs and enhances durability.

Passive safety starts with a reinforced body with front and rear crumple zones designed to help absorb impact energy and direct it away from the reinforced cabin. Six airbags are standard: driver and front passenger advanced frontal airbags and front seat-mounted side-impact airbags; and side curtain airbags designed to help provide additional protection for front and outboard rear-seat passengers. Front three-point seatbelts with pre-tensioners integrate force limiters. The SX4 Sport also is equipped with ISO FIX-compliant child seat anchors and the LATCH system (Lower Anchor and Tethers for Children) for all three rear seat positions. In combination, these active and passive safety features make the SX4 one of the best-equipped cars in its class when it comes to safety.

Functional Interior
Large cabin proportions reward SX4 Sport drivers and passengers with comfort and roominess that belie the car's compact dimensions. The driver sits higher than in other compacts for a better view of the road, which is further enhanced by the car's low cowl and glass line – giving drivers a real sense of control and stress-free driving. Raised 'theater-style' seating for rear passengers, combined with rear legroom of 35.8 inches and class-leading rear headroom make riding in the back seat a pleasure rather than a punishment. The SX4 Sport also offers substantially more trunk space than segment leaders to facilitate active, independent lifestyles. For adventure-seekers looking to stow their gear, the versatility of the SX4 Sport's 15.5 cu.-ft. trunk is enhanced for 2009 with a standard 60/40-split fold-down rear seat. Storage compartments are located throughout the cabin, including large pockets and bottle holders in all the doors.

Controls in the Suzuki SX4 Sport are refreshingly easy to use in an age when some carmakers are adding needless complexity. Drivers have a clear view of gauges that seem to float while backlit by contemporary, high-tech red lighting. The center panel's large, circular controls are flanked by aluminum-colored trim.

Trim Levels and Packages that Make Sense
The Suzuki SX4 Sedan and SX4 Sport are some of the best-equipped compact cars in America, with more standard features than cars costing significantly more.

Both the standard and upgraded audio systems are XM Satellite Radio®-capable and an accessory iPod® interface is available. A connected iPod works seamlessly through the radio or the steering-wheel-integrated controls, with playlists and track information appearing on the audio display.Source - Suzuki

A joint affair between Japanese automaker Suzuki and Italian automaker Fiat, the SX4 was a compact SUV that was sold in Europe as the Fiat Sedici and Asian markets as the Maruit Suzuki SX4. Replacing the Aerio, the SX4 or Sports X-over 4 all seasons debuted in Japan on December 1, 2005 and internationally at the 2006 Geneva Motor Show. Designed by famed Giorgetto Giugiaros Italdesign Giugiaro studio....
Continue Reading >>
Concepts by Suzuki 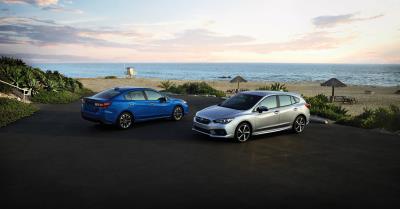