Vis-a-Vis
Designer: Armand Peugeot
Engine #: 68
This diminutive vehicle is one of the oldest roadworthy vehicles in the world. A Peugeot Type 3, it is the 23rd Peugeot ever made. It is totally original and was bought by its current owners directly from the French family that bought it new in 1892. It has a V-twin, two-cylinder engine, hot tube ignition, and runs on very volatile fuel provided through a bucket-like carburetor called a vaporizer. The engine runs best on Hexane, a type of dry cleaning fluid - although most pure alcohols will do! The drive is through a four-speed straight-cut open gearbox with bronze gears. With this Peugeot, the owners have completed the London to Brighton Veteran Car Run twice and also the Tour du Lac Leman in Switzerland.
A very unique French vehicle, the Peugeot Type 3 was Peugeots first model to be sold publicly. Peugeots second internal combustion-engined car, the Type 3 had an engine that was a German design by Daimler. The engine was licensed for production in France by Panhard et Levassor before being sold to Peugeot. The first Peugeot model were steam-powered tricycles in 1889 that were built under collaboration with Léon Serpollet. The following year Armand Peugeot met with Gottlieb Daimler and Emile Levassor and came to the decision that lightweight vehicles needed to be powered by petrol and have four wheels. The result of this collaboration was the Type 2. This engine produced 2 bhp and had a top speed of 11 mph per year.The Type 3 was introduced in 1891 and marked the conclusion of the brief joining between Armand Peugeot and Léon Serpollet for the construction in 1889 of a steam powered tricycle.
Peugeot knew that the only way to produce a light and reliable vehicle was in the utilization of the petrol engine and the best solution for ‘the future of the automobile'. He used Gottlieb Daimler's engine after a meeting with Daimler and Levassor in 1988. An agreement was reached by the company Panhard et Levassor who held the license to manufacture this engine to France, and the decision was made to supply the required engines to Peugeot.
This little Daimler engine was placed in the Type 3 quadricycle, a four-seater vehicle with inward-facing seats. The 565 cc v-twin 2 hp engine was mounted at the rear, and the 2hp engine pushed the car to 18 km/h. The transmission was chain-driven, unlike the Type 2 which had been fitted with a tiller, the Type 3 had a vertical control for the steering.The Type 3 was sent to follow the famous Paris-Brest cycle race in 1891. Covering 2,045 km at an average of 14,710 km, the Type 3 held its own with pride. A huge distance for the time, the press considered the Type 3 to be quite a success. A total of 64 different examples of the Peugeot Type 3 were created, and were fitted with modern mechanics for the time period, and were produced at the factory in Valentigney until 1894.By Jessica Donaldson 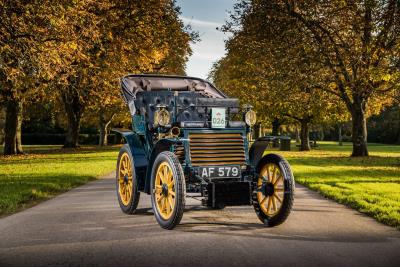 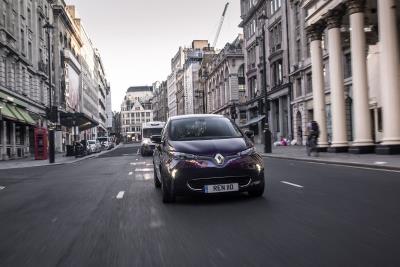 Renault will electrify the Regent Street Motor Show on Saturday 3 November All-electric ZOE and Twizy models will be on display Historic pre-1905 Renaults will tackle the London to Brighton Veteran... 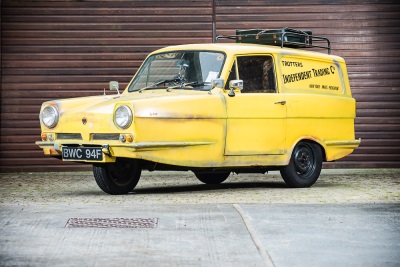 1968 Reliant Regal which starred in television series Only Fools and Horses for auction. The star of the popular BBC comedy series will be offered at No Reserve. The iconic van is one of just 1... 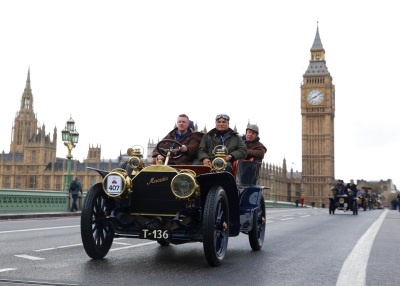 GERMANY, THE BIRTHPLACE OF THE AUTOMOBILE, TO BE HONOURED ON THE LONDON TO BRIGHTON RUN

This years Veteran Car Run will be a tribute to the country that put the world on wheels In 1886, exactly 130 years ago, Karl Benz presented his Patent-Motorwagen to the world. A three-wheeled... 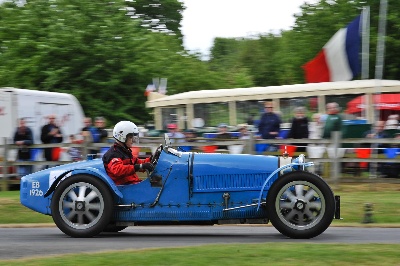