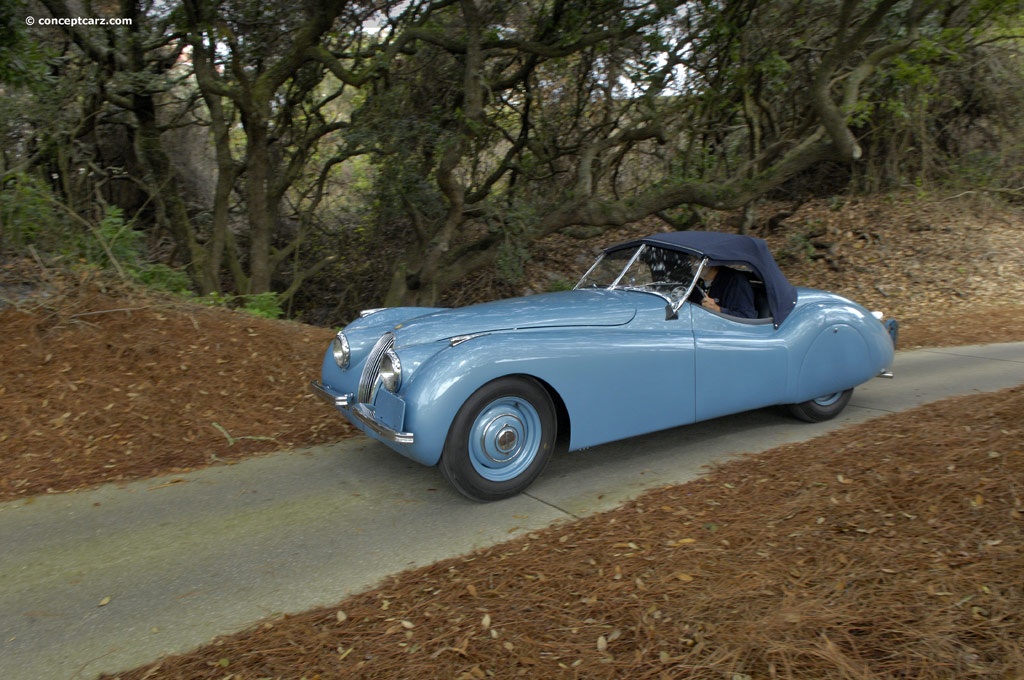 Jaguar built just 242 alloy-bodied XK120 roadsters, many of which have been converted to competition use. This particular example is a left-hand drive example with rear fender spats and disc wheels - just 184 were built in this configuration. ....[continue reading]

There were 240 hand-built, alloy-bodied roadsters constructed, and this example (chassis number 670005), was the first XK120 imported into the United States. It left the Jaguar factory in the non-standard color of Blue Sheen, and was the only example....[continue reading]

This example, #146, is one of 242 hand-built aluminum body XK-120s of which only approximately 50 survive. The alloy XK-120 was the fastest production car of its time - capable of 120 miles per hour. This car has the original body, engine and gearb....[continue reading]

This XK120 is only the 25th left-hand-drive example built by Jaguar; early cars like this one were hand-built with aluminum bodies on ash wood frames. And many of them were raced out of the box, as may have been the case for this example. In 1950 Jag....[continue reading]

This Jaguar XK120 roadster, with chassis number 670003, is the first left-hand drive XK120 built by Jaguar. It was dispatched September 5, 1959, to Los Angeles distributor Charles Hornburg and went immediately to the Hollywood dealership of Roger Bar....[continue reading]

This Jaguar XK120 roadster is an early example of the 184 left-hand drive alloy cars built, chassis number 59. This open two-seater left-hand drive car was completed on December 16th of 1949 and shipped to the Canadian distributor, James L. Cooke Mot....[continue reading]

The Jaguar XK120 was a sensational and popular vehicle even though it was originally intended as a limited-edition stopgap model. War had just ended and the world was ready to pick-up where it left off. Cars were in short supply and William Lyons ass....[continue reading]

This Jaguar is one of only one hundred eight-four examples built with left-hand drive and the alloy body. The car was completed on December 19th of 1949 and dispatched on January 11, 1950 to Charles Hornburg, the Los Angeles importer. The car was the....[continue reading]

The first Jaguar XK120 built for the 1948 Earls Court Motor Show in London, was built in six weeks. The early cars were built with aluminum panels over a wood frame since aluminum was light and easy to work. Originally, William Lyons planned on selli....[continue reading]

This was the 26th alloy bodied XK120 and one of 240 produced. It was exported to Buenos Aries in 1949 and purchased by race car driver Carlos Lostalo.....[continue reading] 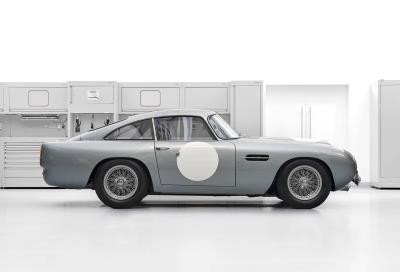 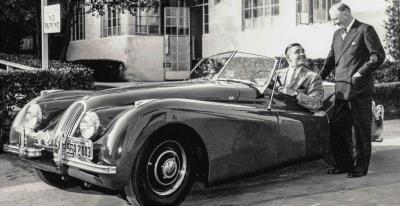 Honoring Seven Decades of Speed, Style %26 Grace It was done in haste. It was to be an alluring delivery system to introduce Jaguars brilliant new XK engine intended to power the substantial Jaguar... 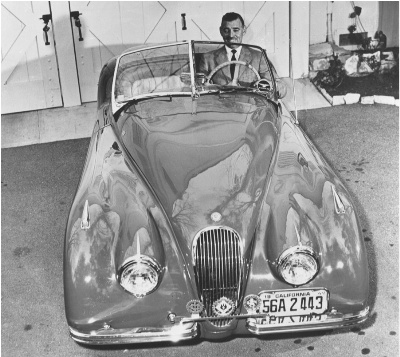 Clark Gables Best in Class 1949 XK120 This weekend, a very special XK120 graced the judging field at the 62nd Pebble Beach Concours d Elegance. This particular XK120 is significant, not only...
© 1998-2020. All rights reserved. The material may not be published, broadcast, rewritten, or redistributed.