Wagon
Mercury offered several versions of its Country Cruiser station wagon in 1959. This white, two-door wagon is a Commuter and one of only 1,051 two-door wagons mercury produced that year (compared to more than 20,000 four-door models). The Commuter was powered by a 383 cubic-inch V8 engine that pumped out 280 horsepower.This Commuter is on its second owner who purchased it in 1999 after being stored for years. It is un-restored. It features a power rear window, remote side mirror and factory air-conditioning, a $385 option in 1959.

Wagon
Chrysler introduced their revolutionary El Camino in 1959, a vehicle which the company hailed as 'more than a car - more than a truck.' The El Camino had the general styling of the 1959 Chevrolet passenger cars, but added a bed in the back that had a cargo capacity of 1,150 pounds. The box had a volume of nearly 34 cubic feet, was of double-wall design and had built-in steel skid strips. Chevrolet offered the El Camino in thirteen solid and ten two-tone color combinations. During the calendar year, Chevrolet sold 306,237 trucks. Also in 1959, Chevrolet sold its seventh millionth truck.This El Camino is powered by a 283 cubic-inch V8 offering 185 horsepower. It had a base price of $2,350.
By Daniel Vaughan | Jan 2011

Wagon
The El Camino made its 1debut in 1959, as a direct response to the 1957 Ford Ranchero. Featuring sleek 'Jet Age' styling combined with pickup functionality, the El Camino quickly became something of a cult car, finding a strong following among custom -car fans, hot rodders and drag racers. Like the Ranchero, the El Camino was a car/truck hybrid. It shared much of its basic architecture with the entry-level Brookwood two -door station wagon. The El Camino also utilized the Brookwood interior trim, but exterior decor was shared I with the midlevel Bel Air. The El Camino utilized the same X -member frame as the standard '59 Chevrolet passenger car.This El Camino is finished in Crown Sapphire. It features the standard 135 horsepower Hi-Thrift six -cylinder engine and optional two -speed Powerglide automatic transmission. Factory options include AM radio, heater/defroster, right-hand sun visor, and right-hand armrest. The current owner has had this El Camino for over 40 years. In 2001, a frame -off restoration was undertaken, carefully supervised and researched by the owner with a strict emphasis on authenticity.
The Chevrolet El Camino was produced from 1959 through 1960 and again from 1964 through 1987. The vehicle could be classified as a small car but with a pick-up truck bed. The name, El Camino, means 'The Road' in Spanish.
Two years after Ford introduced their Ranchero, Chevrolet introduced the El Camino. The styling, both interior and exterior, and its platform were courtesy of the Impala. During its introductory year, 22,246 examples were produced. A year later sales slumped to 14,163 and Chevrolet made the decision to cancel production. The first generation did not achieve the success that the Ford Ranchero had accomplished. This had been unfortunate, especially since the El Camino had undergone extensive styling updates during its second year. The Ranchero continued to sell well during the early 1960's so Chevrolet decided to reintroduce the El Camino in 1964. This time is shared the Chevelle platform and styling. Two engines were offered, a 283 and a 327 cubic-inch V8. Horsepower ranged from just under 200 to 250. Performance was given a high priority in 1965 with the introduction of the L79 327 cubic-inch V8 to the El Camino. The small block engine was capable of producing an astonishing 350 horsepower. The performance trend continued into 1966 when Chevrolet offered a 396 big-block cubic-inch engine on the El Camino. The horsepower rating skyrocketed to around 350 and gave the vehicle a mid 14 second quarter-mile time. To keep the vehicle stable at speeds, Chevrolet offered high performance shocks and springs as standard equipment. Also standard was the Synchro-Mesh three-speed gearbox with the four-speed or two-speed Powerglide automatic available as optional equipment. Just over 35,000 examples were produced during the 1966 model year.1967 was the final year for the second generation El Camino. Little was done, or needed, to improve upon the aesthetics of the vehicle. The updates mimicked the changes that occurred on the Chevelle. A new grille and bumper adorned the front of the vehicle. A vinyl roof could be ordered as optional equipment. A performance suspension was standard equipment for all El Camino's equipped with the powerful 396 cubic-inch engine. All other El Camino's were given air-adjustable shock absorbers. This allowed the adjustment of the suspension depending on the cargo load.
The third generation of the El Camino, lasting from 1968 through 1972, brought about many mechanical and styling changes. The El Camino now rode upon a 4-door station-wagon Chevelle wheelbase. The hood was stretched and could accommodate larger engines, such as the newly introduced Super Sport SS396. Horsepower ranged from 325 through 375. The SS versions were given six-inch wheels. Of the nearly 42000 El Camino's sold during 1968, 5190 were equipped with the SS396 option.
1969 was similar to the prior model year; little was changed. A new grille and front bumper were placed on the front. Sales continued to be strong with over 48,300 examples being produced. For 1970, the Chevelle was updated and the El Camino mimicked the changes. The 396 cubic-inch engine was enlarged to 402, although the emblems continued to read 396. New engine options became available. The LS5 454 cubic-inch V8 produced 360 horsepower while the LS6 454 cubic-inch V8 produced 450 horsepower. When equipped with the LS6, the quarter-mile took only 13.4 seconds. A close-ratio four speed manual or a Turbo-Hydromatic were the only available engines offered with the powerful 454. Due to increase government safety and emissions regulations, the muscle-car era was coming to an end. This meant that the engines were detuned and horsepower began to decline. Horsepower ranged from 245 from the 350 cubic-inch engine to 365 from the LS5 454 cubic-inch. Visual changes included the grille coming to a point while single headlight replaced the double design. GMC rebadged the El Camino and sold the vehicle as a GMC Sprint.1972 continued the decline of engine performance. Horsepower ranged from 165 through 270. There were very few aesthetic changes, the most visible being the removal of the Chevrolet bowtie from the grill and new turn signals. This was also the final year for the third generation El Camino with 1973 began the fourth generation. The El Camino was restyled, again following the changes done to the Chevelle. The styling updates continued mostly unchanged until 1978.The fifth generation of the El Camino began in 1978 and continued through 1987. The El Camino shrunk in size and given a modern, updated styling. The Chevelle had since been discontinued, so the El Camino now shared its platform and design with the Monte Carlo and Malibu. With the smaller body and engine bay, the 4.3 liter V-6 engine did not look out of place. If more horsepower was required, a 5.7 liter small-block eight-cylinder engine was available. In 1984 production of the El Camino was moved to Mexico where it continued until 1987.
By Daniel Vaughan | Jul 2006 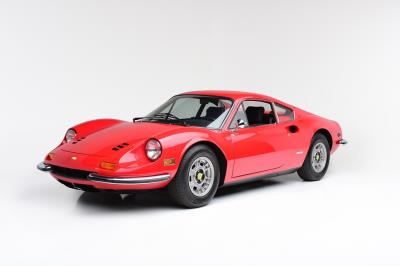 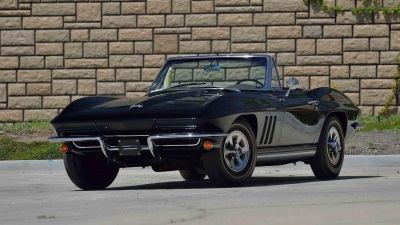 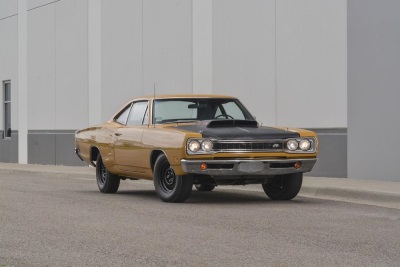 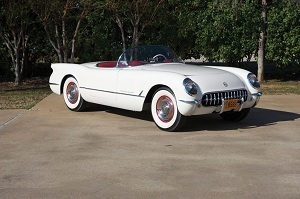 CELEBRATED CORVETTE COLLECTION FROM TONY PARELLA TO HEADLINE AUCTIONS AMERICAS COLLECTOR CARS OF FORT LAUDERDALE AUCTION Tony Parella Collection is one of six private collections to be sold...
© 1998-2020. All rights reserved. The material may not be published, broadcast, rewritten, or redistributed.