Suggested vehicles
Related news
Long known for delivering performance of many kinds, Pontiac rolls into the 2008 SEMA Show with a trio of tuner-inspired concepts for enthusiasts of all stripes. Leading the pack is G8 GXP Street concept with a new LSX454 crate engine shoehorned under its hood, followed by an accessorized G8 ST and a performance-enhanced Solstice GXP coupe.

'Pontiacs have always strived to provide unexpected levels of performance, regardless of the model,' said Susan Docherty, vice president of Buick-Pontiac-GMC. 'But these concepts raise the bar even higher, taking style and sportiness to the highest levels.'

None of the four Pontiac concepts is intended for production, but they use many components from GM Accessories and GM Performance Parts, as well as other aftermarket components, that are already on the market. Some new GM components are being evaluated for possible production as accessories. 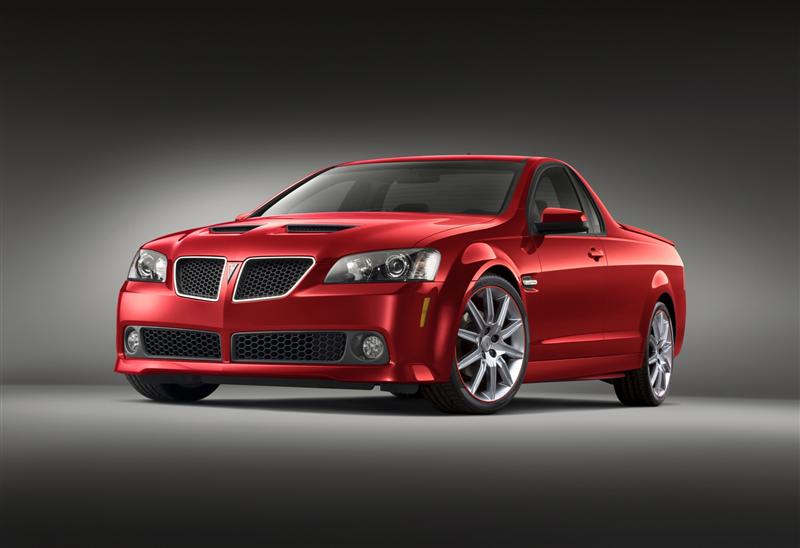 All of the concepts share the spirit of late-model tuner vehicles, with enhancements and modifications that contribute as much to styling and presence as they do performance. It is a spirit carried forward from the hit of the 2007 SEMA Show, hip-hop star 50 Cent's customized G8.

The 2010 Pontiac G8 ST is a dramatically different vehicle that blends the performance of the G8 sports sedan with the cargo capabilities of a light truck. It significantly stretches Pontiac's commitment to style and performance and is expected to arrive in dealers' showrooms in late 2009.

Pontiac ramps up the excitement for the production model with a concept vehicle upgraded with accessories that inspire enthusiasts about the possibilities of this distinctive vehicle. In fact, this concept incorporates many parts that will likely be offered by GM Accessories when the G8 ST hits dealerships.

Highlights of the concept vehicle include:

New 2015 Ford Expedition reaches the next level of comfort and capability with three customized versions set to be on display at the annual SEMA show in Las Vegas From a 405-horsepower beast to a sophisticated ride with custom amenities and a winte...

DETROIT – Chevrolet today previewed several performance-oriented concepts of some of the brands most popular passenger cars, including the Sonic and all-new Impala. The cars will debut at the SEMA Show, Nov. 5-8, in Las Vegas. Its the worlds...