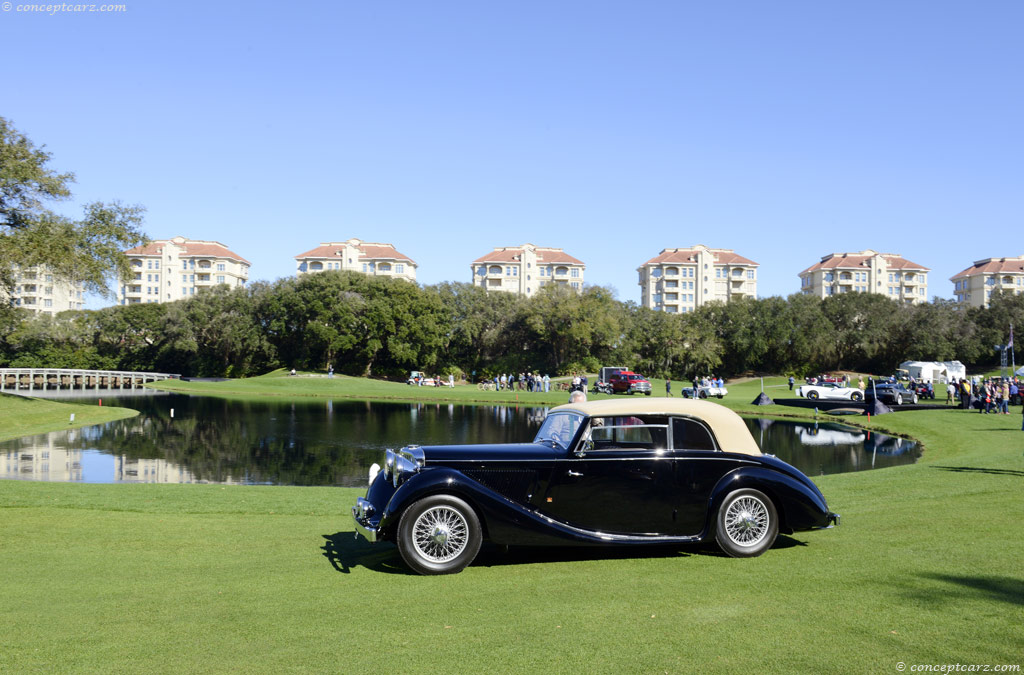 This Jaguar Mark IV Saloon is finished in grey with an olive green leather interior and black wire wheels. It has been given a show-quality restoration which reportedly cost in excess of $150,000. Power is from a 1776cc overhead valve four-cylinder e....[continue reading]

Jaguar production was revived in the post-World War II era - in late 1945 - by company founder William Lyons. The cars that immediately followed carried styling from the pre-War vehicles (1937-39 styling). They had swoopy close-coupled bodywork, with....[continue reading]

In 1947, Jaguar did not produce cabriolets. So the Swiss importer, Emil Frey, ordered chassis number 510455. It was delivered to Carrosserie Worblaufen (Fritz Ramseier & Cie) near Berne, Switzerland for fitment of a special Cabriolet body. The car's ....[continue reading]