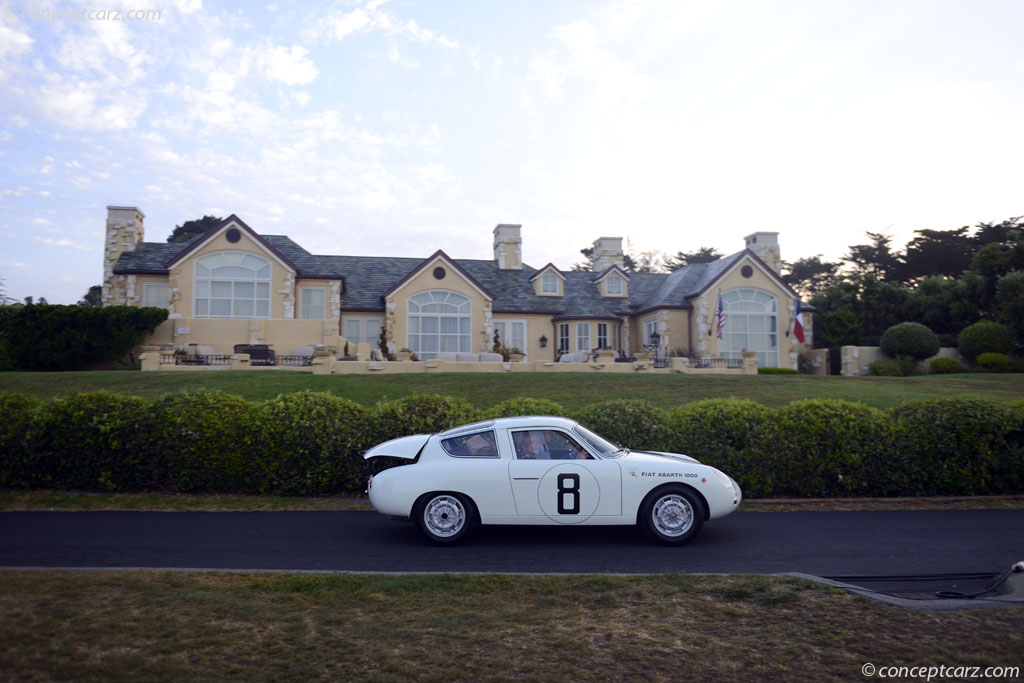 During the 1957, 1958, and 1959 Mille Miglia, the 750 Monza Coupe emerged victorious in their class. Class wins at the 1961 LeMans, Sebring and Daytona Beach races were also among their accomplishments. They racked up many impressive victories in many types of racing, including hill climbs.

The engine from Abarth 1000 Bialbero was from a Fiat 600. The same basic engine design from the Abarth 700 Bialbero was used. It shared many similarities with the Abarth 700 including the chassis. The main difference between the 700 and the 1000 were engine size. The 1000 also had disc brakes whereas the 700 did not.

The engine in the 1000 Bialbero was fitted with DOHC cylinder heads with hemispherical combustion chambers, and enlarged intake and exhaust valves. The twin cam engine produced just over 90 horsepower and offered an impressive power-to-weight ratio.

Abarth introduced the 1000 Bialbero at the 1961 Turin Motor Show. It competed during the 1961 season and had much success in the 1000cc class. As the season progressed, minor improvements were made to increase its performance and reliability. Near the close of the season, a radiator was installed in the front.

Abarth won win the 1962 Manufacturers Championship title for the 'up to 1000cc' Division I class. For 1963, updates and modifications to the car continued, including the overall shape. The engine hood was lengthened which added greater stability at speed. A new five speed gearbox was fitted which helped improve the top speed. Abarth would end the 1963 season with a repeat victory in Division 1 racing.

For the 1964 season, the Division 1 category allowed cars up to 1300cc's. Abarth shifted their attention to their Simca-powered 1300 GT model which had been introduced in 1962.
by Daniel Vaughan | Oct 2010

Fiat's rear-engine 600 chassis provided the platform for the vehicle that would become Abarth's 1000 Bialbero GT model. The name 'Bialbero' was used in reference to the dual-cam Bialbero cylinder head. The design originated with the 1957 Abarth 750 B....[continue reading]

This was an Abarth Factory Team Car at the 1963 Targa Florio. It was raced in both England and Scotland. ....[continue reading]

This Fiat-Abarth Bialbero 'Twin Camshaft' was driven by the legendary New Zealand racing driver, Bruce McLaren, to a victory at the 1961 Sebring 3-Hours race for up-to-1-liter Grand Touring cars. The car had been prepared and entered for the race by ....[continue reading]