1984 was the last year for the limited edition Hurst/Olds. The package included special paint, decals, and every option available including Lightning Rod shifters and dual exhaust. This example is a documented 2-owner car that still has its original window stickers, invoice, literature, and manuals. It is powered by a 307ci V-8 engine that produces 180 horsepower. There is an automatic gearbox and is one of 3500 produced.
Introduced in 1961 as a unibody compact vehicle, the Oldsmobile Cutlass was made by the Oldsmobile division of General Motors. The major competition facing the cutlass was the Dodge Lancer and the Mercury Comet.

Eventually becoming one of the most popular nameplates in the industry during the 1970's, the Cutlass name was used by Oldsmobile as almost a sub-marque. A number of different vehicles have all born the name Cutlass simultaneously, to the confusion of the automobile market during the 1980's.

Beginning as an experimental sports coupe in 1954, the original Cutlass had a 110 in wheelbase with a dramatic fastback roofline. It came with a stock Oldsmobile V8 engine and shared a platform quite similar to the Olds F-85 which was later compact and not introduced for the next seven years.

Oldsmobile designer Irving Rybicki began working on an Olds model in 1957 in General Motors' effort to develop compact cars. Dubbed F-85, it finally went on sale in 1960 as a 1961 model.

Sharing a new A-body platform, it used a 112-inch wheelbase and unibody construction. Oldsmobile's smallest and cheapest model, the F-85 was nearly two feet shorter than the next smalled Olds model and was $451 cheaper.

With a double-wishbone front suspension and a four-link live axle in the rear, the F-85 has suspended with coil springs all around. Its standard engine was the new small V8, with a two-barrel carburetor that was rated 155 manual or the newly introduced three-speed Roto Hydramatic.

The introduction of the Cutlass sports coupe with its unique trim, bucket seats in the interior, center console, a four-barrel version of the V8 engine helped to boost Cutlass sales soon after.

With a record of 0.60 in 14.5 seconds, and a top speed of just over 100 mph, the F-85 was praised by Car Life magazine for its construction but found its steering too slow and suspension too soft for enthusiastic driving.

Available in both standard and Cutlass versions, in 1962, a convertible was added to the F-85 lineup in September. Sales rose that year, and reached 97,382 units and beat the four-door Deluxe sedan as the top-selling model.

The Jetfire model arrived soon after, a Cutlass hardtop with a turbocharged version on the 215 V8 rated at 215 hp that was much faster than a standard F-85. Also much more expensive, at nearly $300 more than a Coupe, the price and reliability problems with its turbocharged engine limited sales to 3,765.

The only update to the F-85 in 1963 was the addition of four inches to the vehicle's overall length, which increased it to 192.2 inches. This was also the final year for the Jetfire and its turbocharged V8. Three-seat station wagons were dropped.

The introduction of the Ford Fairlane, along with the disappointing sales drop encouraged GM to build a larger compact for the 1964 model year. The wheelbase grew to 115 inches and now had an overall length of 203 inches and weighed more than 300 lbs.

It was also outfitted with a new cast-iron small block V8 of 330 cu. in. displacement and the option of a two-speed Jetway automatic transmission with a variable-pitch stator. In 1964 sales increased to 167,002 units sold.

In 1967, the option of disc brakes became available on the F-85. The three-speed Turbo-Hydramatic now supplemented the two-speed Jetway.

The following year the F-85, including all GM A-body cars underwent a major body restyle. Both two-door and four-door models now had different wheelbases, 116 inches for four-door vehicles, and 112 inches for two-door models. The length of the vehicle shrunk slightly, about 2.6 inches and the V8 option was expanded to 350 cu. in. (5.7 L).

In 1970 the F-85 Cutlass was available in two body styles, the fastback Cutlass S and the notchback Cutlass Supreme.

The 442 reverted back to being a trim line on the Cutlass instead of an individual model in 1972. Other changes for this year included updates to the front grilles as well as the taillights.

In 1973 the F-85/Cutlass was completely redesigned using the new 'Colonnade' A platform. The Cutlass Salon was added as an upscale model in 1973. The lineup of the new models consisted of the Cutlass 'S', Cutlass Salon, Vista Cruiser station wagon and the Cutlass Supreme.

Two years later, the 1975 model used the Oldsmobile 260 V8. It was available with either a 5-speed manual transmission or an optional automatic transmission.

A new version of the A-body with a shorter wheelbase was updated in 1978. The Cutlass was now lighter than earlier versions, and some A-body Cutlasses were powered with a Chevrolet 305 (5.0 L).

The lineup included the Cutlass Saloon as the base Cutlass and now replaced the 'S', the Calais coupes, the Cutlass Cruiser station wagon (formerly the Vista Cruiser), and the formal Cutlass Supreme.

In 1979 the same lineup continued with only a revision of both the front grille and taillight lenses. Around 3,000 Cutlass Calais coupes came equipped with the Hurst/Olds W-30 package.

Introduced on GM's new front-wheel-drive A platform, the much smaller Cutlass Ciera was showcased in 1982. For the next six years, the now renamed Cutlass Supreme remained on the rear-wheel-drive G platform.

Only one last Cutlass was produced for 1988, the Cutlass Supreme Classic. The Cutlass Salon featured a more luxurious interior and the new N-body Cutlass Calais was introduced in 1985. The number of Cutlass models was now at three.

In 1997 the original Oldsmobile Cutlass name was revived for a version of the new Chevrolet Malibu. Now exclusively sold in the U.S., it replaced the Cutlass Ciera.

The model was only constructed at the Oklahoma City Assembly plant and used the 107 in wheelbase GM N platform.

In 1999 production of the N-body ended making it the final car to bear the Cutlass name, and was replaced by the Alero.By Jessica Donaldson 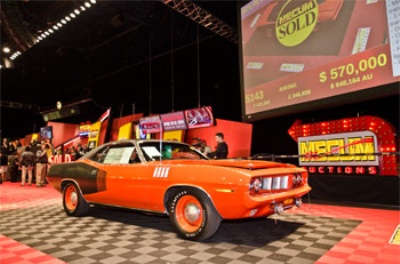 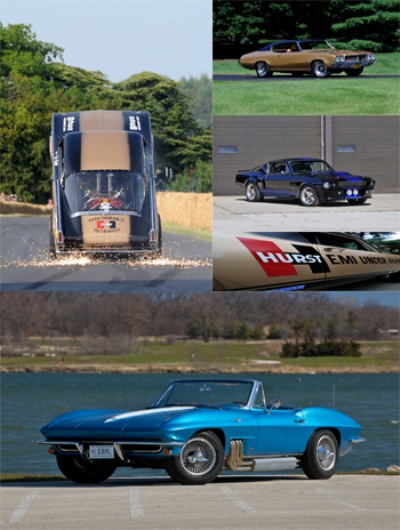 Hemi Under Glass Collection and Harley J. Earl Corvette Part of 1,000-Car Lineup Walworth, WI - September 16, 2013 -- Mecum Auctions is taking the gavel to Chicagoland this Oct. 10-12 with 1,000 vehicles expected to cross the block at... 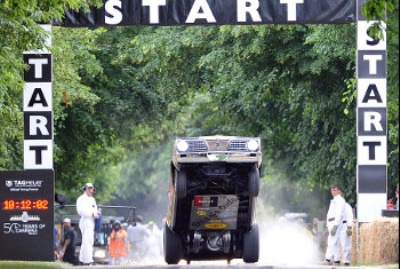 1,000 Collector Cars to Be Offered at Auction October 10-12, 2013 Walworth, WI - August 6, 2013 -- Mecum Auctions has taken its record-setting auctions all across the country and continues to drop the hammer in new locations each year.... 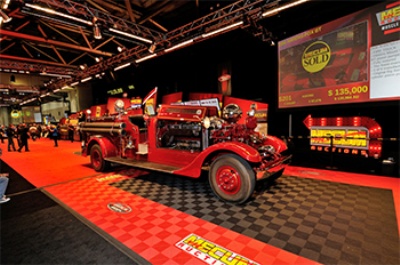