Distinctive 2009 Racing Livery Inspired by Chevrolet's Dynamic Spirit
Chevrolet will reveal today at the 33rd Bologna Motor Show the new Chevrolet Cruze WTCC that will compete in the 2009 World Touring Car Championship (WTCC). For this first public appearance, the Cruze WTCC, which is the heir of the successful Lacetti that has brought home 14 WTCC wins in 2005-2008, will sport its new and distinctive 2009 racing livery.

The race livery of the Cruze WTCC aims at stressing the new design language for Chevrolet in Europe introduced with the Cruze street version and its striking ‘four-door coupe' styling. It results from a team effort of different departments within GM Europe, coordinated by Phillip Zak, Director Exterior Design GM Europe, who adds: 'As a racing fan myself, I was thrilled to be involved with this project. My main direction to the team was that we wanted a bold unique dynamic graphic that stands out on the race track as the bold dynamic Cruze will also stand out from competitors in the street. The team colors have been incorporated on as a continuation of our successful past. The super graphics are asymmetrical and unexpected, with a geometric execution, while we have accentuated the Chevrolet grille, which is the global face of Chevrolet. I am sure the Cruze WTCC will certainly help transmitting the dynamic spirit of Chevrolet!'

The WTCC racing program is an essential element of the marketing plan for the Chevrolet Cruze, the new compact sedan revealed last October at the Paris Motor Show, which characterizes itself by upscale design and quality within a high value package.

The Bologna Motor Show, which spans over 11 days (3-14 December) is one of the main motor events in Europe, showcasing both street and racing cars and featuring an incredible number of motor activities that attract every year hundreds of thousands of car lovers and racing fans. Eric Nève, Manager Motorsport at Chevrolet Europe, explains: 'Bologna Motor Show is one of the most festive car events in Europe. We could not think of a better place to say goodbye to the Lacetti, which will be racing here (at the show race on 8 December) for the last time and give a warm welcome to new Cruze WTCC. The new race livery really encapsulates everything which Chevrolet is about: it is fresh, colorful, exciting, and out-of-the box.'

The Cruze WTCC is currently undergoing an intensive program of testing and development, in the hands of the three Chevrolet WTCC drivers (Rob Huff, Nicola Larini and Alain Menu), in view of its racing debut, scheduled for 7-8 March 2009 in Curitiba, Brazil.Source - Chevrolet
With a new global car on the way for 2009, the World Touring Car Championship is the perfect platform for Chevrolet to put its latest model in the public eye.

This is the new Cruze WTCC car, which replaces the successful Lacetti as Chevrolet's contender in the 2009 series. Powered by a 2.0-litre petrol engine, the WTCC Cruze has a hard act to follow, as the Lacetti won its final two outings for Chevrolet in Macau.

But Chevrolet's drivers are confident that the new car will be a top performer in the series, which has gained global recognition as one of the most exciting tin-top series since its inception in 2005.

British driver Rob Huff (28) from Newmarket, Suffolk, who has been with Chevrolet since it debuted in World Touring Cars said: 'The Cruze is a great car and feels fast straight out of the box. We are obviously still at the very early stages of development but already I can feel how much better it handles and what an advantage the car's wider track will be in a race environment.'

Rob will once again be joined in 2009 by Swiss racer Alain Menu and Italian Nicola Larini. All three drivers also drove for Chevrolet in 2008.

The cars will be prepared for Chevrolet by RML Motorsport. The Wellingborough, Northants-based company has a history of motorsport involvement with Chevrolet's parent company, General Motors, and has looked after Chevrolet's WTCC involvement since 2005.

The Chevrolet Cruze, on which the 2009 WTCC car is based, will go on sale in the ÚK during the first half of next year, and will be sold in over 130 countries worldwide. It is one of Chevrolet's most important new models ever, as it clearly illustrates a new level of styling and quality for the brand, both in Europe and in the ÚSA. The car made its public debut to much acclaim at the Paris Motor Show in October.Source - Chevrolet

Louis Chevrolet, a race car designer and driver, co-founded Chevrolet with Billy Durant, establishing a racing heritage at the company's inception. That legacy continues today in many forms of motorsports, including the Chevrolet Cruze competing in the popular World Touring Car Championship (WTCC).

This year is the first full racing season for the Cruze, which was introduced in the WTCC in 2009, around the same time the all-new compact car was launched in the European market. This season also marks the sixth for Chevrolet participating in the WTCC; it includes three Cruze race cars and support teams.

The ambitions of the European Chevrolet WTCC team members this year are high, as they are aiming for the world title. It would be an achievement that would cap the steady progression since the Chevrolet WTCC racing debut in 2005.

The Cruze WTCC effort underwent significant development and testing to prepare for the 2010 season. It is directed by British stalwart racing organization Ray Mallock Limited (RML), which has been in charge of the technical and sports aspects of the racing program since 2005.

In 2005, when the Chevrolet brand was re-launched in Europe, it enrolled in the World Touring Car Championship (WTCC), one of only three FIA world Championships, next to Formula One and the World Rally Championship (WRC). The intent was – and remains – to demonstrate capability, durability and confidence in the products to the public, dealers and employees.

The WTCC features cars close to production models. 'Real cars, real racing' is the championship's tagline and it very appropriately encapsulates both the spirit of the WTCC and Chevrolet. With races taking place in different continents (Europe, the Americas, Asia and Africa) and offering a truly global audience, the WTCC is an ideal platform to showcase the Chevrolet spirit so well expressed by Louis Chevrolet's motto: 'Never give up!'
Source - Chevrolet 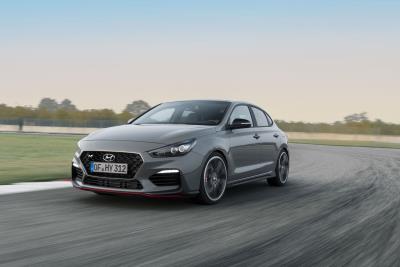 From Rome To Paris In 8:18 Minutes: Hyundai Unveils The All-New i30 Fastback N

In a world record-breaking race the All-New i30 Fastback N demonstrated its successful combination of sophisticated and elegant design with the proven fun-to-drive factor of N Thierry Neuville and G... 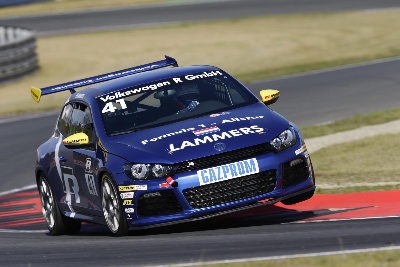 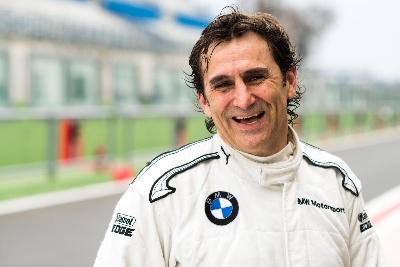 Munich (DE), 12th May 2014. Alessandro Zanardi (IT) has been appointed as a new BMW Brand Ambassador. In this role the BMW works driver will not only represent the brand by competing in the Blancpain... 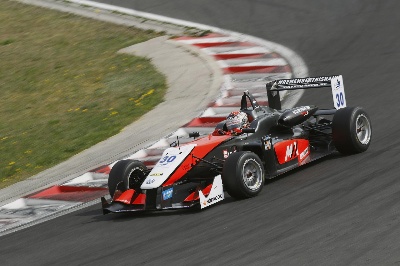 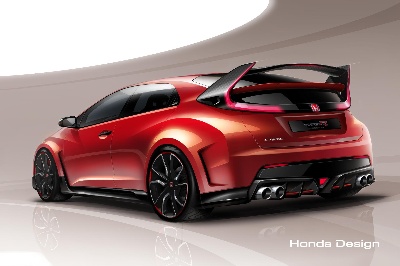 Honda today reveals its 2014 Geneva Motor Show line-up, including the worldwide debut of the Civic Type R Concept model, the European debut of the Fuel Cell Electric Vehicle (FCEV) Concept, the powertrain...
© 1998-2020. All rights reserved. The material may not be published, broadcast, rewritten, or redistributed.