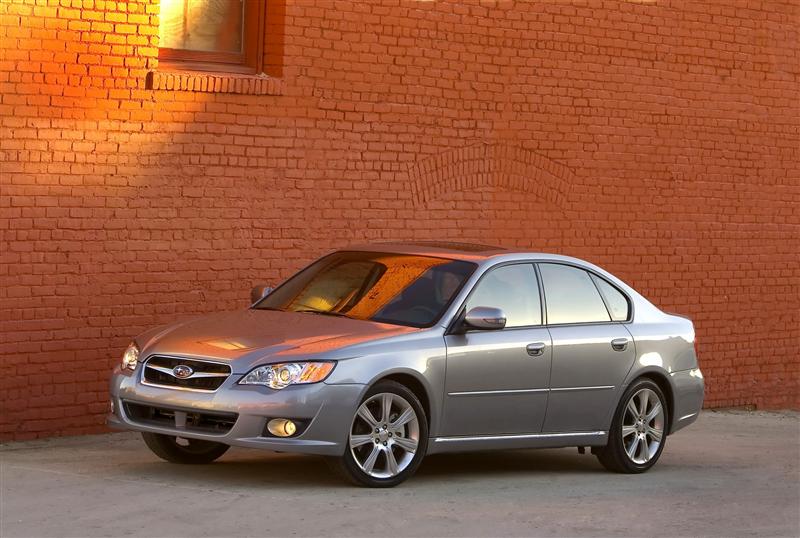 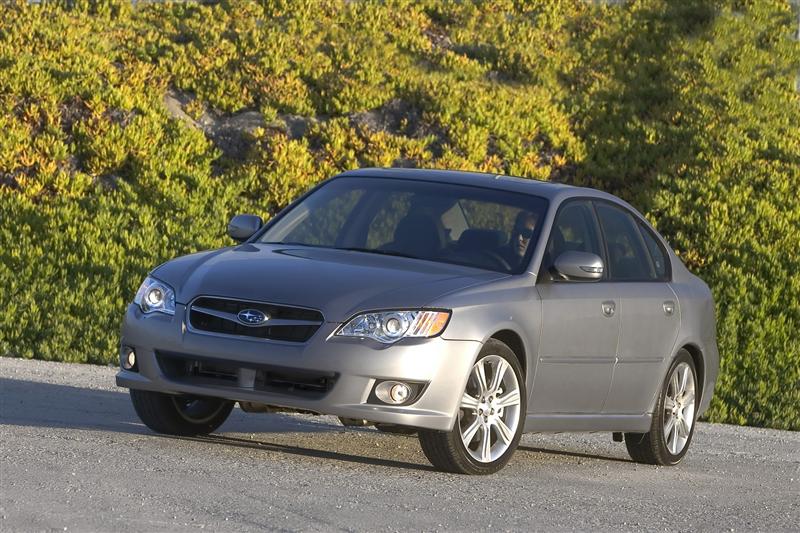 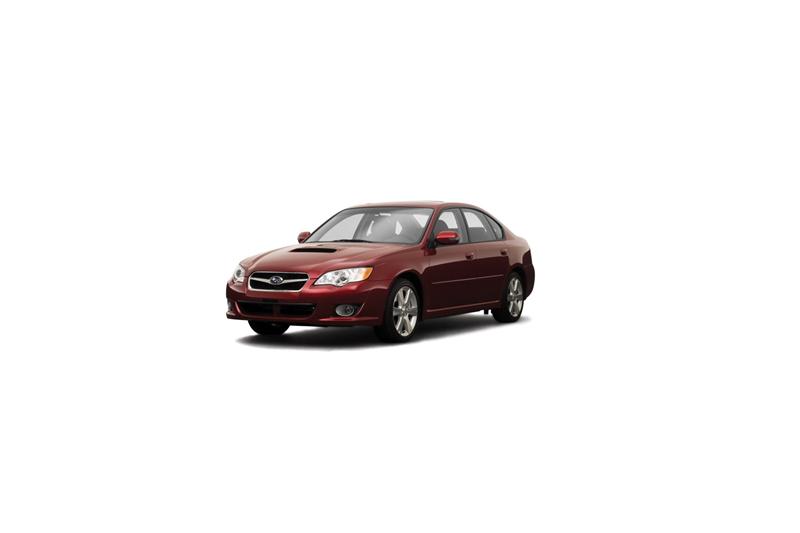 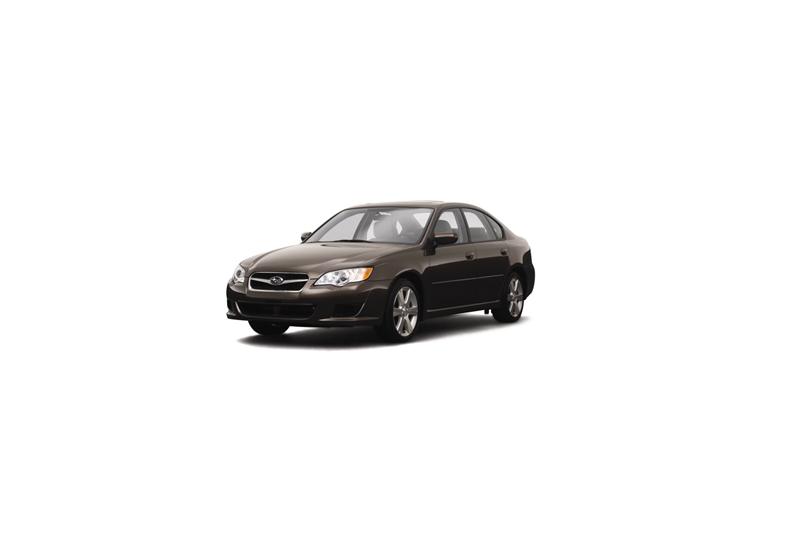 Subaru of America, Inc. has added a second 6-cylinder model to its All-Wheel Drive Legacy sport sedan line for 2009, and has also added a new harman-kardon® audio system to all but the base Legacy 2.5i model. In addition, the Vehicle Dynamics Control (VDC) stability and traction control system is standard on the 2.5i models for 2009 (it was already standard on the 6-cylinder models and most turbo models).

Legacy models in 2008 received a restyling plus significant performance, comfort and safety enhancements. For 2009, the new Legacy 3.0R model brings the powerful, refined driving performance of the 3.0R Limited (which was introduced for 2008) to a more accessible price point. The new model is a build on the 4-cylinder Legacy 2.5i Special Edition, which for 2009 is equipped with the new harman-kardon Premium Audio System, steering wheel audio controls, an 8-way power driver's seat and a power glass moonroof.

Other Legacy models for 2009 include the base 2.5i, the 2.5i Special Edition with enhanced content, the 2.5i Limited with extensive luxury amenities; the 2.5GT Limited with a high-performance turbo/intercooled Boxer engine and the high-performance 2.5GT spec.B with its exclusive 6-speed manual transmission, specially tuned Bilstein Sport Suspension, 18-inch wheels and tires plus exclusive amenities and trim.

An All-Wheel Drive pioneer, Subaru is the only brand to equip all its models with Symmetrical All-Wheel Drive as standard. The Outback line employs three different versions of the system, depending on the engine and transmission. (posted on conceptcarz.com) (See page 5 for details.) Vehicle Dynamics Control (VDC), standard in most Legacy models for 2009, is designed to help keep the vehicle going in the direction the driver is steering, especially in slippery road conditions. 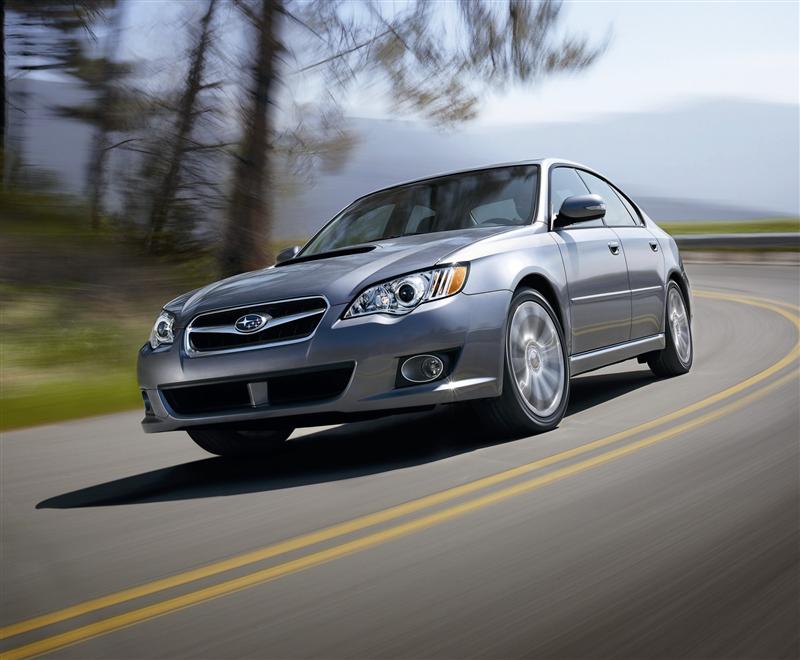 SI-DRIVE: Three Levels of Performance at the Driver's Command
Legacy 6-cylinder and turbo models are equipped with the SI-DRIVE performance-control system that allows the driver to maximize engine performance, control and efficiency by choosing from among three selectable modes – 'Intelligent,' 'Sport' and 'Sport Sharp.' The driver selects the performance modes using a rotary dial on the center console or a button on the steering wheel. SI-DRIVE enables three distinctively different modes of vehicle performance characteristics by regulating the engine control unit (ECÚ) – as well as the transmission control unit in the automatic transmission models – and by fine-tuning the electronically controlled throttle.

With Intelligent mode selected, the system reduces engine torque and maximum power and switches to a more relaxed throttle response curve. Intelligent mode is an excellent choice for smoother response while commuting in traffic congestion, for example, where it can also help boost fuel efficiency by up to 10 percent. In addition, Intelligent mode's more relaxed responses and lower torque output make it an ideal complement to the low-traction-surface driving capability provided by the Subaru Symmetrical All-Wheel Drive System.

Delivering maximum driving enjoyment, Sport Sharp mode is ideal for twisty roads and for confidently merging or overtaking other vehicles on the highway. With the 5-speed automatic transmission, Sport Sharp holds each gear longer, through the rpm range, and downshifts quicker under hard acceleration, making it an ideal performance partner for the new paddle-shift automatic transmission. (posted on conceptcarz.com)

The SI-DRIVE system includes instrument panel displays that allow the driver to monitor performance. The multi-information display located in the tachometer face – in addition to providing trip computer functions – denotes the selected SI-DRIVE mode and provides an active torque curve display. When 'Intelligent' mode is selected, an 'ECO' gauge encourages efficient driving habits, and in vehicles with a manual transmission, a shift-up indicator blinks to signal the optimal shift point for maximum fuel efficiency.

Elegance and Luxury in 3.0R Limited
The Legacy 3.0R Limited exterior is distinguished by subtle aerodynamic side ground-effects moldings with chrome trim. This model also features an exclusive 7-spoke, 18-inch alloy wheel design. Its appearance is even stealthier than the 2.5GT spec.B, deleting the telltale functional hood scoop that is featured on all turbocharged Subaru models. The Subaru Navigation System is available on the 3.0R Limited and 2.5GT Limited (with automatic transmission) and is standard on the 2.5GT spec.B.

The Legacy 2.5GT models and the 3.0R models feature distinctive electroluminescent gauges. On the premium models, a 3-spoke steering wheel provides buttons for the audio system, cruise control, the multi-information display and, on models so equipped, SI-DRIVE.

2.5i Models: 27 MPG and PZEV-Certified
The naturally aspirated 2.5-liter 4-cylinder Boxer engine that powers Legacy 2.5i models produces 170 horsepower at 6,000 rpm and 170 lb.-ft. of peak torque at 4,400 rpm. Models with this engine achieve up to an EPA-estimated 27 miles per gallon in highway driving (5-speed manual transmission). The i-Active Valve Lift system helps to ensure responsive performance at all engine speeds. This engine offers Partial Zero Emissions Vehicle (PZEV) certification in the 11 states that require it, with the same power output as federal emissions vehicles.

The 3.0R models and the 2.5GT Limited equipped with the 5-speed automatic transmission use a version called Variable Torque Distribution (VTD). A planetary gear-type center differential works with an electronically controlled continuously variable hydraulic transfer clutch to manage power distribution. The VTD system normally directs more power to the rear wheels (45:55) to enhance handling agility, and it continuously adjusts the power distribution in response to driving and road conditions.

The advanced Vehicle Dynamics Control (VDC) stability and traction system is standard on all Legacy models except the low-volume 2.5GT Limited with 5-speed manual transmission. (posted on conceptcarz.com) VDC is designed to help keep the vehicle going in the direction the driver is steering, especially in slippery road conditions. Traction control functions as a second line of defense against wheel slip, after All-Wheel Drive. The VDC system can be deactivated for conditions that require some wheel slippage, such as extricating the car from deep snow.

In all Legacy models with a manual transmission, a viscous-coupling locking center differential distributes the power 50:50 front to rear. Slippage at either set of wheels will send more power to the opposite set of wheels. On 4-cylinder Legacy models equipped with the 4-speed automatic transmission (standard on 2.5i Limited), an electronically managed continuously variable transfer clutch actively manages power distribution based on acceleration, deceleration and available traction, also transferring more power to the wheels with the best grip should slippage occur.Source - Subaru

In February of 1989 an all-new mid-sized sedan rocked the world with its introduction. The Subaru Legacy was introduced as the replacement for the Subaru LeoneLoyale and featured a 2.0L engine that had been originally available only with all wheel drive, but later became standard worldwide. In Australia, the Legacy was marketed as the Subaru Liberty in part because of Legacy Clubs rejecting the use....
Continue Reading >>

Looking for a compact sports sedan thats easy on the wallet Want an affordably-priced 4-door offering high-performance, a turbocharged engine and all-wheel drive Mitsubishi Motors has the answer with a choice of four unique 2014 Lancer models to choose...
© 1998-2020. All rights reserved. The material may not be published, broadcast, rewritten, or redistributed.