It keeps getting better

The attractive SEAT León range has been extended with the arrival of the highly exclusive Línea R version. With its powerful, seductive image, this new trim level boosts the León's sporty looks and the result is a unique, spectacular car whose appeal stems from its imposing design, specific detailing and efficient engine range.

There are two petrol and one diesel engine versions responsible for powering the new León version. The first is the efficient 170 hp 2.0 TDI diesel which, mated to a six-speed manual gearbox, delivers exceptional performance and provides reduced fuel consumption figures, making it an extremely interesting choice.

The SEAT León Línea R petrol engine range includes none other than the 160 hp 1.8 TSI and the 200 hp 2.0 TSI units, the latter with either a manual or DSG twin clutch automatic gearbox for outstanding safety and driving comfort.

The exterior looks of the Línea R are immediately visible, including the spectacular new bumpers, the oversized honeycomb design air intake and stylised side vents, which contribute to enhancing the car's sportiness.

Still at the front, the exclusive central grille features a honeycomb arrangement and chrome surround.

The side view reveals exclusive, five double-spoke 18 inch 'Supercopa' wheels with their visible enormous disc brakes. The large discs and four-pot callipers provide immediate response to match the most demanding sports driving habits, while the special metal brake lines guarantee a faster, safer response to the system. The wheels are shod with 225 /40 R18 tyres.

The side view would not be complete without the chrome encased door mirrors, which personalise and identify the car from a distance, as well as the door sills and the 'Línea R' logo on the B pillars.

Finally, the rear end also distinctly sets the SEAT León Línea R apart. An innovative spoiler at the top of the rear hatch strengthens its sporty looks and at the same time enhances its already excellent dynamical performance.

The rear bumper plays an important part by increasing the car's beefy looks. It is wider than on the rest of the versions thanks to the addition of distinct side ventilation slats and a twin tailpipe at either end which has been personalised by SEAT Sport. The polished steel twin tailpipe not only provides a whole new look to the car, but it produces an unmistakeable sound that will send chills down the driver's spine as if he were competing at the World Touring Car Championship.

Every detail on the inside has been carefully chosen to reflect the car's sporty identity, featuring a new leather steering wheel, a round leather gearknob embossed with the 'SEAT Sport' logo, a chrome surround joining it to the console and a cross-stitched gaiter in SEAT red.

No car such as the León Línea R could lack sporty pedals and footrest. Made of aluminium, they adapt comfortably to the driver's feet, as on competition cars. Driving is also made more comfortable by the snug front seats that provide firm support.

The new SEAT León Línea R is also available with the 200 hp 2.0 TSI, mated to either a six-speed manual or DSG automatic gearbox, which is one of the most effective on the market, featuring steering wheel shift paddles for greater shifting ease.

Mated to the DSG gearbox, the León delivers performance levels worthy of a competition vehicle. It reaches a top speed of 229 km/h, accelerates from 0 to 100 in only 7.2 seconds, and covers a standing kilometre in only 27.5 seconds, (both figures a tenth of a second faster than the manual). The León delivers in-gear acceleration from 80 to 120 km/h in fifth gear in 7.8 seconds and 9.7 seconds in sixth, with a moderate fuel consumption rate for such sporty performance – an average of only 7.9 litres per 100 kilometres.

The SEAT León Línea R chassis is no different on all trim levels, with the same independent suspension arrangement - MacPherson with lower wishbone on the front shaft and multilink at the rear. The front stabiliser bar measures 23.6 mm and the rear bar 21.7 mm.

The brake system on the León Línea R is equipped with ABS and electronic braking distribution, as well as ESP electronic stability, which can be disconnected, and TCS traction control.

The outstanding equipment level on the new SEAT León Línea R is built on essential aspects such as safety and passenger compartment comfort.

Passengers receive protection from up to eight airbags – two in the front, two at the side in the front and a front and rear headbag, all standard, while two further side rear airbags are optionally available. The rear window seats are also equipped with the Isofix anchoring points for child seats.

Other active safety features include ABS, TCS and ESP while anti-theft protection is provided by a movement sensing volumetric alarm. Besides, the León Línea R is also equipped with further electronic devices such as cruise control and a driver-defined excess speed warning.

This car can also be equipped with AFS sweeping bixenon headlights, which resort to several turning and speed sensors located on the vehicle to adapt the headlight beam direction for the best visibility at the front of the car. These headlights also modify their beam height automatically depending on the car's load weight, which is more convenient and more precise than adjusting it manually.

The León Línea R offers several on-board plug and play solutions, such as an iPodâ connection or a specific slot for other ÚSB type memory devices and MP3 music players. These connections can be found on the León range beneath the passenger seat. 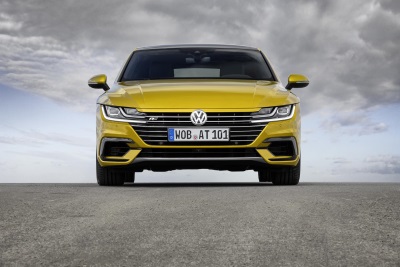