New Renault Clio opens a new chapter in the Clio saga which began in 1990 and which has since seen the model go from strength to strength.
• New Renault Clio stands out as a versatile, balanced package which carries over the same qualities that saw Clio III take the 'Car of the Year ' award in 2006, namely benchmark cabin space, safety, comfort and roadholding, as well as the same rigorous build quality that has made it one of its segment's most reliable models.
• Renault's new compact hatchback features:
o renewed styling which incorporates the same dynamic cues as those which have become the hallmarks of New Renault Mégane's front end,
o a new GT version, enabling Renault Clio customers to sample the world of sporty motoring. New Renault Clio GT boasts racy looks and 'fun to drive' handling.
o Carminat TomTom, the first fully integrated and affordable GPS navigation solution. Renault's latest navigation solution has been co-developed with TomTom and will be dual branded. The navigation solution, easily updateable on the internet, has a large colour screen, and will include traffic and speed limit information, as well as safety
camera locations, at a price of less than €500.
• The motoring public will get a chance to take a closer look at New Renault Clio at the forthcoming Geneva Motor Show.
A compact hatchback which reinforces Clio's family ties with New Renault Mégane
New Renault Clio sits squarely on the road and boasts more streamlined styling, with the lines of the headlamp modules now extending down to the lateral upturns of the front air intake. Indeed, the broad air intake in the lower part of the front bumper sets off the dynamic frontal styling which are also suggested by the presence of gloss black protective mouldings. The revised design of the rear lights prolongs the waist line across the hatch, while the uncluttered approach to the design of the
central part of the rear bumper further emphasizes New Renault Clio's dynamic stance. The reversing lights and foglamps are positioned low down and to the extreme right and left of the bumper.

The choice of the new interior trims and equipment was guided by a desire to produce a sense of well-being and perceived quality, and the screen of the Carminat TomTom GPS navigation system is perfectly integrated into the upper part of the centre console.

New Renault Clio GT: an unprecedented version with genuine character
As with other Renault models, a GT version forms part of the New Renault Clio range. The compact and racy New Renault Clio GT hatchback features an exclusive body colour, Malta Blue. Its frontal styling is more aggressive and includes a gloss black grille, while the side sills hint at the performance of the GT version's specific suspension. New Renault Clio GT is easily recognizable from the rear thanks to its twin exhaust tailpipes and lip spoiler.

There are eye-catching sporty details inside the car, too, including drilled aluminium pedal covers and extra side support for the seats, plus GT-badging for the front seats.

• an easy-to-read 5.8 inch (14.7cm) colour screen (larger than that of removable systems) for the display of detailed birds-eye view maps,

• a range of equipment from the next segment up, including a hands-free card and cruise control with speed limiter,

• the same rigorous build quality that has made it one of the most reliable cars of its segment. The motoring public will be given the opportunity to take a more detailed look at New Renault Clio at the forthcoming Geneva Motor Show.
Source - Renault 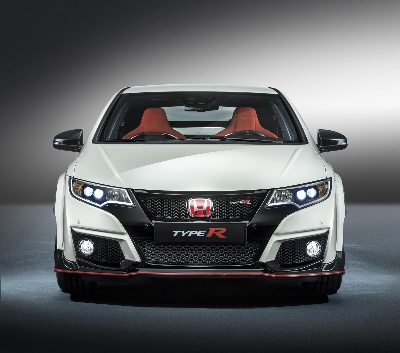 Driving electric easier and more convenient than ever. Woodcliff Lake, NJ – November 14, 2013… In the final week before this years Los Angeles International Auto Show, where the BMW...
© 1998-2020. All rights reserved. The material may not be published, broadcast, rewritten, or redistributed.