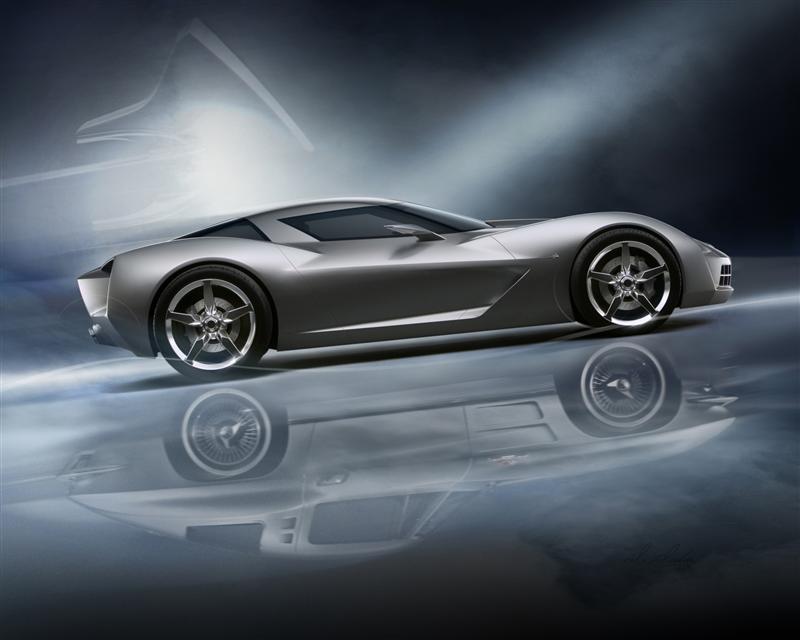 Design and technology come together to celebrate Corvette's past, present and future
Chevrolet delivers a futuristic vision of technology and design with the 50th Anniversary Corvette Stingray Concept. A version of the model was first shown at the 2009 Chicago Auto Show and stars as 'Sideswipe' in Transformers: Revenge of the Fallen. The Corvette Stingray Concept represents both the iconic legacy and an exciting future for Corvette. 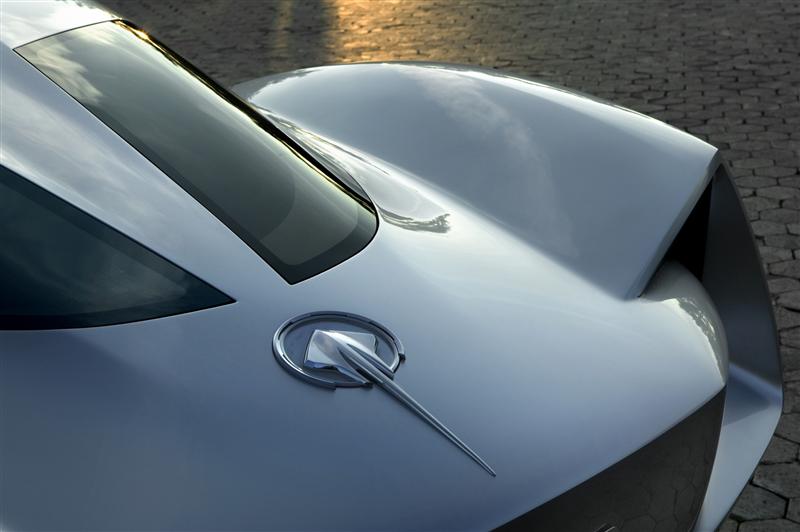 The Corvette Stingray Concept was developed as an internal design challenge to combine classic Corvette cues with surprisingly high-tech features, modern materials, and a striking new appearance. The car is well-appointed with a clamshell hood, scissor-style doors, ergonomic seats, rear-view camera with night vision enhancement, and a high performance hybrid drive. Interactive touch controls allow the driver to customize the power and efficiency of his or her ride and share it with friends via the in-car camera system and advanced telemetrics.Source - Chevrolet

AUTOBOTS® WITH BOW TIES: CHEVROLET-BASED CHARACTERS STARRING IN ‘TRANSFORMERS: REVENGE OF THE FALLEN' AT THE CHICAGO AUTO SHOW

Visitors to the Chevrolet display at this year's Chicago Auto Show (Friday through Feb. 22) will be treated to an out-of-this-world vehicle display – the automotive stars from the upcoming DreamWorks Pictures and Paramount Pictures release, 'Transformers: Revenge of the Fallen.'

Five Chevrolet-based characters – including four all-new characters – are featured in the new film set to open in the Únited States on June 26. All of them are at the Chevrolet display. The four new movie characters include:

BÚMBLEBEE™, the heroic AÚTOBOT based on Chevrolet's Camaro concept from the first 'Transformers' movie, returns with a high-performance attitude. Joining the vehicles on stage will be BÚMBLEBEE in his AÚTOBOT form, standing almost 17 feet (5.2 meters) tall and 13 feet (4 meters) wide.

'Chevrolet is thrilled to again be part of one of the most anticipated movies in years,' said Ed Peper, GM North America vice president, Chevrolet. '‘Transformers' gives us a great opportunity to connect with young people on their terms, with a dynamic, environmentally friendly image. The new characters represent the change going on in Chevy showrooms. From the exciting Camaro, the 21st century sports car, to the game-changing Volt, there's more than meets the eye at Chevrolet today.'

Directed by Michael Bay, 'Transformers: Revenge of the Fallen' sees the AÚTOBOTS confront a new threat from DECEPTICONS® bent on avenging their earlier defeat on Earth. The new AÚTOBOT characters in their current Chevy-based form square off against new, tougher foes determined to rule the universe.

'‘Transformers: Revenge of the Fallen' goes way beyond the first film in terms of robot action and excitement,' said LeeAnne Stables, executive vice president of worldwide marketing partnerships at Paramount Pictures, the distributor of the film. 'The new AÚTOBOTS add to the storytelling, and these Chevy vehicles went with our filmmakers to locations all around the world. GM has again provided incredible support to the production team working on the movie.'

Along with the Camaro that's reprising its role in the new film, the other Chevy models to be seen on the big screen are new to movie-goers.

SIDESWIPE takes the form of a sleek, vision concept dreamed up by the Corvette designers at GM. The design is influenced by the original Stingray race car, introduced in 1959, but also draws on Corvette heritage cues from other generations. It brings them together in a futuristic shape that seems to be equal parts racecar and space ship.

'SIDESWIPE represents an exercise in exploration for the Corvette,' said Ed Welburn, vice president of GM Global Design. 'By giving my creative team the freedom to design no-holds-barred vision concepts, it helps them push boundaries and look at projects from different perspectives.'

The Beat and Trax-based characters, SKIDS and MÚDFLAP, remain faithful to their concept designs introduced at the 2007 New York Auto Show – although each wears new paint and other exterior accessories. And while they may be small cars, when they turn into fighting AÚTOBOTS®, they pack a big punch.

The other new AÚTOBOT, JOLT, appears in the production form of Chevy's 2011 Volt extended-range electric vehicle. With the capability of up to 40 miles (64 km) of pure electric propulsion, plus hundreds of more miles with the assistance from its Voltec powertrain system, the real-life Volt will change driving in America. 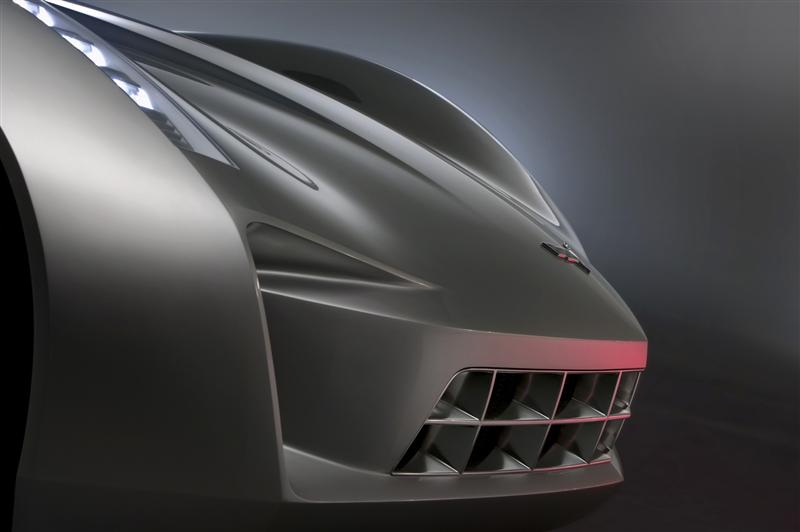 Of course, the AÚTOBOT team isn't complete without BÚMBLEBEE, the yellow Camaro based on the new, 2010 production model. Sporting new wheels and SS-model performance cues, BÚMBLEBEE is more stylish and powerful than ever – and enthusiasts will be able to drive their own new Camaro when it goes on sale this spring. For more exclusive AÚTOBOT movie information relating to Chevrolet, please visit www.autobotsrollout.com.

Chevrolet is one of America's best-known and best-selling automotive brands. With the largest dealer network in the Únited States, Chevy is the leader in full-size trucks and the leader in sales of vehicles priced $35,000 and above. Chevrolet delivers more-than-expected value in every vehicle category, offering cars and trucks priced from $12,120 to $103,300. Chevy delivers expressive design, spirited performance and great value with standard features usually found only on more expensive vehicles. More information on Chevrolet can be found at www.chevrolet.com.

TRANSFORMERS is a brand of Hasbro, Inc. (NYSE:HAS). Hasbro is a worldwide leader in children's and family leisure time products and services with a rich portfolio of brands and entertainment properties that provides some of the highest quality and most recognizable play and recreational experiences in the world. As a brand-driven, consumer-focused global company, Hasbro brings to market a range of toys, games and licensed products, from traditional to high-tech and digital, under such powerful brand names as TRANSFORMERS, PLAYSKOOL, TONKA, MILTON BRADLEY, PARKER BROTHERS, TIGER, CRANIÚM and WIZARDS OF THE COAST. Come see how we inspire play through our brands at http://www.hasbro.com.
Source - GM 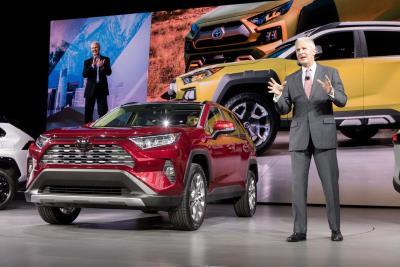 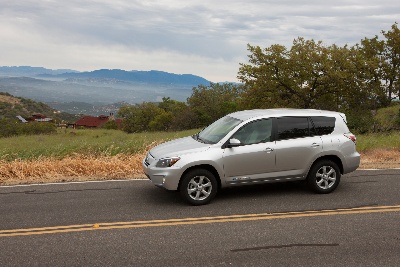 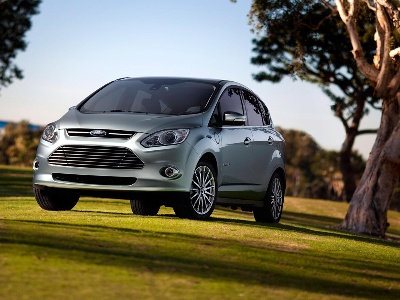