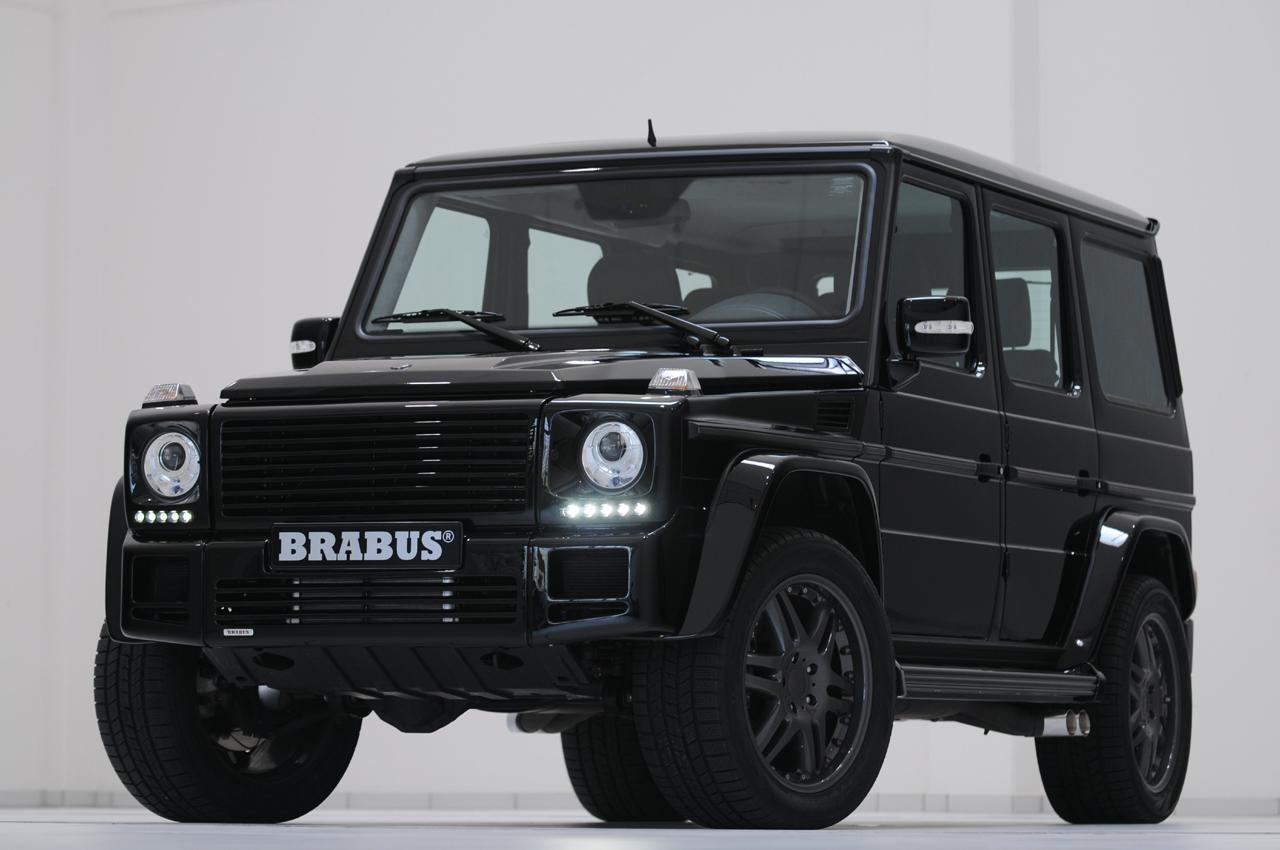 World Debut at the Geneva Motor Show 2009 : The World's Most Powerful Off-Roader

The BRABÚS SV12 S engine is based on the V12 Biturbo engine from the latest Mercedes S 600. Before being implanted in the engine bay of the G-Class, displacement of the three-valve engine is increased from 5.5 to 6.3 liters (336 to 384 cubic inches) using a special crankshaft with longer stroke, larger cylinders and larger bore. In addition, the cylinder heads are re-machined and fitted with special camshafts.

The engine peripherals were upgraded with larger turbochargers, an optimized intercooling system and a stainless-steel high-performance exhaust system with free-flow metal catalysts. The exahust was custom-developed for the G-Class and features dual chrome-plated tailpipes that exit in front of the rear wheels on the left and right side. New precision mapping for the engine electronics coordinate the perfect interaction of all new components. The results are an exemplary smooth-running engine and maximum power yield while meeting the strict limits set by the EÚRO IV emission norm.

This superior performance necessitates the use of custom-tailored BRABÚS Monoblock wheels. Below the subtle fender flares is room for Monoblock light-alloy wheels with diameters between 20 and 22 inches, mounted with high-performance tires from Pirelli or YOKOHAMA. The forged BRABÚS Monoblock VI 10.5Jx21 light-alloys are shod with size 295/40 R 21 tires front and back. BRABÚS offers a wide selection of ten-inch wide wheels in the five different Monoblock VI, E, G, Q and S designs with a diameter of 22 inches.

Vital Stats
Engine : 12-cylinder
Power: 700 hp
Torque: 973 ft-lbs
The body of the BRABÚS G V12 S Biturbo is distinguished by sporty yet elegant aerodynamic-enhancement components. The BRABÚS front apron with its LED daytime running lights below the main headlights lends the 4x4 an even more striking face. The rear is customized with the BRABÚS rear bumper.

The BRABÚS designers have developed special caps for the standard running boards of the Mercedes G-Class. They add some visual pizzazz to the G-Class and for added practicality feature integrated LED lights activated by the key fob or by opening a door. They illuminate the running boards in the dark.

Úpon customer request BRABÚS transforms the SÚV into fully functional all-terrain office on wheels or can integrate a custom-tailored high-tech multimedia system with state-of-the-art communication technology, DVD changer, DVBT TV tuner, game console and eight-inch LCD screens in the back of the front headrests. The sound in the rear compartment is reproduced by infrared headphones.Source - Brabus