High bid of $400,000 at 2009 Automobiles of Arizona. (did not sell)
Sold for $350,000 at 2009 Sports & Classics of Monterey.
The George N. Pierce Company was the winner of the first Glidden Reliability Touring, held in 1905. The event had ended in a dead heat that had to be decided by the vote of the participants. The teams were tasked with selecting the marque that demonstrated the greatest strength and quality. They chose the Pierce Arrow, driven by George Pierce's son Percy.The next four Glidden Tours were won by the Pierce Arrow Company with perfect scores. They easily cemented a reputation for reliability, performance and comfort. Their success brought them commercial success. They catered to the financial capable and the social aristocracy. In 1909, two Pierce Arrows were acquired by the U.S. government for President William Howard Taft, the first automobiles used by an incumbent U.S. President.The 1909 Series PP rode on a 124-inch wheelbase and was powered by a powerful 432 cubic-inch T-head four-cylinder engine. These large and luxurious automobiles had seating for seven. They were given shaft drive, a four-speed sliding gear transmission, and dual trembler coil and magneto ignition. The engine had individually cast cylinders bolted to an aluminum crankcase. Braking was by dual contracting band and expanding shoe drum brakes.
This vehicle is a Great Arrow 40hp Series PP Seven-Passenger Touring Car that wears a body by Pierce with 1/8-inch thick cast aluminum body panels. It was discovered in the sixties by Dick Teague, former GM, Packard, Chrysler and American Motors designer. It was found in Long Island's Hamptons resort area. The car was later acquired by Bert Upjohn.
The car was given a restoration and has been in major collections for the last half-century. It still wears its original cast aluminum Pierce coachwork. It has its original factory supplied copper-plated engine hood and the interior features a center-facing bucket jump seat.The car is painted in Deep Blue with black fenders and black buttoned leather upholstery. It is a right-hand drive car that has a T-head four-cylinder engine that is rated at 40 ALAM horsepower. In 2009, this Series PP 40HP car was offered for sale at the Automobiles of Arizona auction presented by RM Auctions. The lot was estimated to sell for $600,000 - $800,000. As bidding came to a close, the lot failed to sell after bidding had reached $400,000.Later in the year, this Great Arrow 7-Passenger Touring Car was offered for sale at the Sports & Classics of Monterey auction in Monterey, California presented by RM Auctions. The car was estimated to sell for $450,000-$550,000. The lot was sold for the sum of $350,000, including buyer's premium.
By Daniel Vaughan | Dec 2009 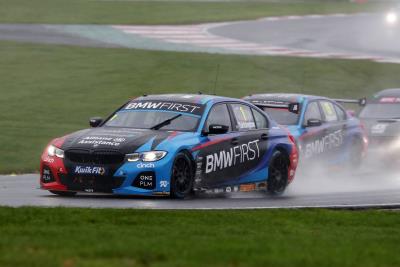