Suggested vehicles
Related news
The 1962 Ford Mustang 1 Concept is the first car to ever feature the Mustang name and the galloping pony badge. It also pioneered key design cues that have become part of the iconic Mustang look. The concept was conceived by a team of Ford designers and engineers looking to develop a revolutionary new sports car that would appeal to younger buyers and give the company a forward-looking image. The result is this one-of-a-kind aluminum body mounted on a tubular-steel space frame with a midship-mounted 1500cc V4 engine and four-speed transaxle.The first public appearance of this unique two-seat sports car was at the 1962 United States Grand Prix at Watkins Glen. It was driven by racing legend Dan Gurney with lap times only slightly off the pace of the F1 race cars. The Ford Mustang 1 Concept instantly generated unrestrained excitement among racing enthusiasts. Subsequent showings across the country resulted in public excitement as well. Ford was convinced they would have a hit with a more practical four-passenger version that kept the spirit of the original Mustang. The final production design, which resulted from an internal Ford competition, carried the Mustang name and an updated version of the pony badge. It also kept the long sweeping hood, the short rear deck, and the sharply sculpted flanks on this striking concept car.This vehicle is part of The Henry Ford and is on permanent exhibit in Henry Rod Museum's Driving America exhibition, America's premiere auto exhibition. 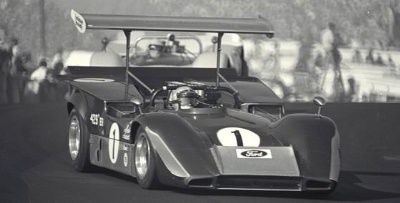 Special limited-edition Ford Racing history artwork is unveiled at the annual SEMA show as part of the Ford press conference Famed automotive artist Sam Bass created the artwork at the request of Edsel B. Ford II, with proceeds from sales of limit... 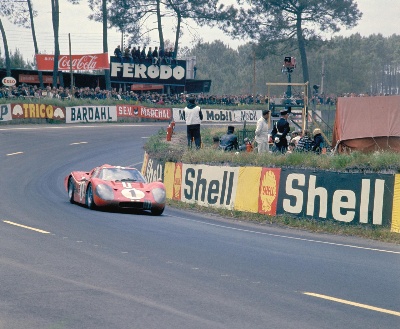 Forty-five years ago this past week, American racing history was made, and thus far has neve rbeen matched again. With the 24 Hours of Le Mans this weekend, Racing in America reflects on the 45th anniversary of the Ford Mark IV claiming the second...