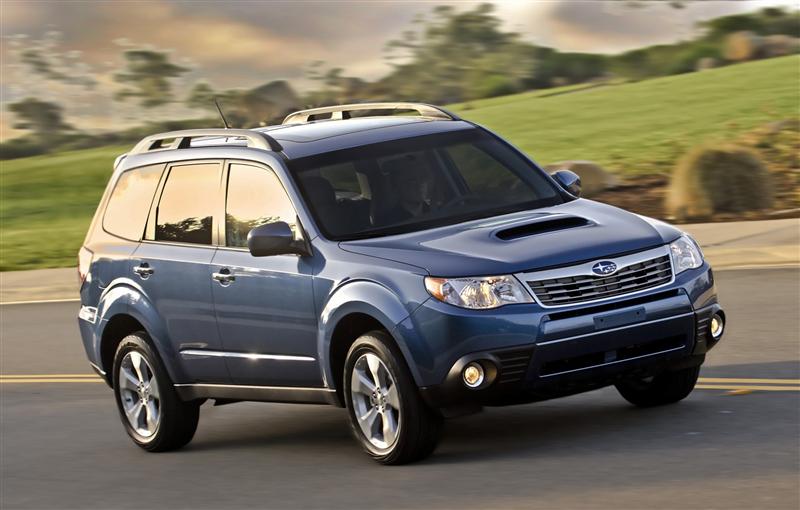 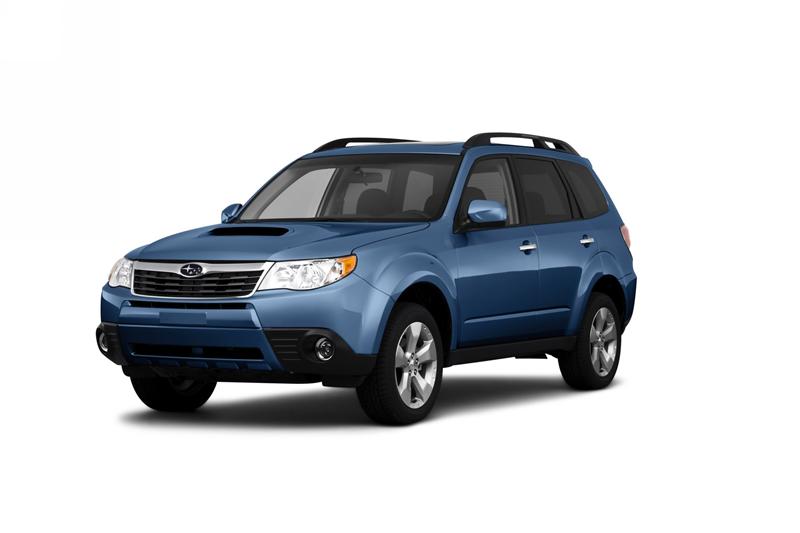 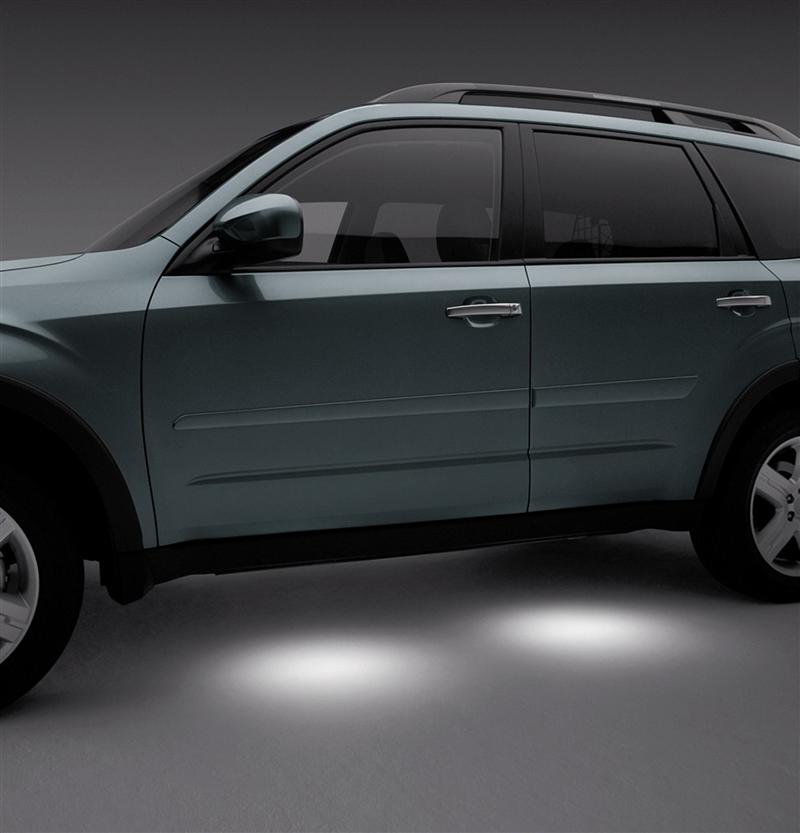 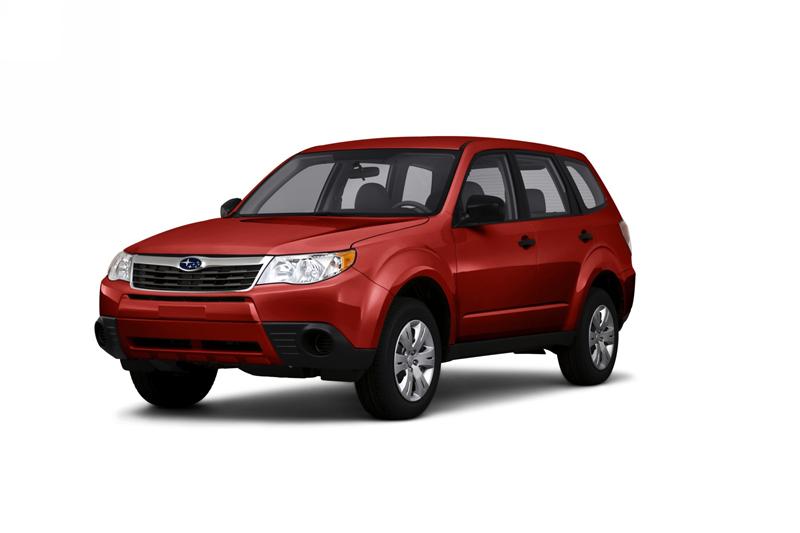 Subaru's continuous improvement results in numerous enhancements for the 2010 Forester, which was an all-new, third-generation model for 2009. The new-generation Forester became the best-selling Forester ever, as well as the brand's best-selling model, and achieved the highest safety ratings.

The new-generation Forester is a total re-design of the award-winning crossover SÚV that has built a strong reputation as an icon of safety, dependability and versatility. The new Forester brought a bolder, more SÚV-like design and made a major leap in safety technology, comfort, refinement and driving dynamics – a noteworthy accomplishment considering the high standards set by the previous model. As with all Subaru models, the 2010 Forester comes equipped as standard with Symmetrical All-Wheel Drive.

The new-generation Forester again blends positive SÚV attributes, including a high seating point and interior versatility, with passenger car comfort, handling and fuel efficiency. Even with its bolder exterior and roomier interior, the new-generation Forester is only about three inches longer than its predecessor, thus retaining the trim exterior packaging cited by Forester owners as one of this model's most essential attributes.

All Forester models for 2010 feature standard side-curtain airbags with a rollover sensor, and the Vehicle Dynamics Control (VDC) stability and traction control system and Brake Assist safety system are standard on all models. Manual-transmission models also feature Incline Start Assist, which can momentarily prevent the vehicle from rolling backward when being driven away from a stop on an incline.

Forester is offered in five trim lines for 2010. The Forester 2.5X is one of the best values in the crossover SÚV segment. The 2.5X Premium adds a 10-way power driver's seat, large panoramic power moonroof and interior enhancements and offers an available All-Weather Package (heated front seats, heated side mirrors and windshield wiper de-icer). The Forester 2.5X Limited includes the All-Weather Package and offers more luxury without compromising the vehicle's responsive nature and offers an available navigation system. For powerful, sporty performance, the 2.5XT Premium and 2.5XT Limited are powered by a 224-hp turbocharged/intercooled Boxer engine. 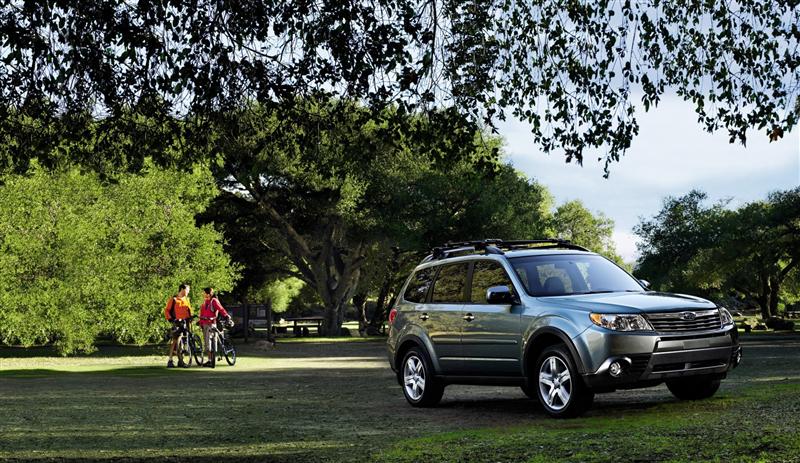 Packaged for an Active Life: Improved Handling and Ride Quality
The new-generation Forester was designed to create a new crossover utility vehicle for active lifestyles, improving ground clearance and drivability while maintaining Forester's rugged off-road capability. The 2010 Forester offers naturally aspirated and turbocharged/intercooled 2.5-liter Boxer engines, both revised in the 2009 redesign to provide better performance. In particular, low-end and mid-range torque in both engines was improved for more responsive everyday performance.

The robust body structure, heavy-duty raised 4-wheel independent suspension and up to 8.9 inches of ground clearance help to make Forester equally adept at negotiating twisty roads and absorbing ruts and bumps. The ride quality, acclaimed in the previous model as one of the best in the segment, is now even smoother and quieter.

The new-generation Forester platform is based on the same foundation that underpins the brand's sporty Impreza models. The new chassis and body are designed for improved rigidity and ride comfort with the addition of high-tensile-strength steel at key structural points. In addition, the new platform improves crash-worthiness.

Subaru optimized all elements of the Forester's chassis to deliver a better balance of ride, handling response, quietness and overall traction performance than offered by competitive vehicles. The all-new platform and chassis systems enhance the outstanding on-road handling and maneuverability that have been Forester hallmarks since the model's inception.

A new double-wishbone rear suspension, mounted to a sub frame, replaces the previous generation Forester's strut-type configuration to provide improved ride and handling and increased cargo room. The enhancement of body rigidity and the new suspension helps to reduce levels of Noise, Vibration, and Harshness (NVH).

The 2009 redesign placed the engine slightly lower in the chassis, which lowers the center of gravity, and Forester also gained a quicker steering ratio and a more rigid steering mounting. The Forester 2.5X model features 16-inch steel wheels use 215/65R16 tires; all others ride on 17-inch aluminum-alloy wheels with 225/55R17 tires.

Rich Interior Design
The Forester interior emphasizes comfort and spaciousness. Materials, including double-stitched fabrics and high-grade plastics, impart a feeling of higher quality. All models except the base 2.5X and 2.5X Premium feature a leather-wrapped steering wheel with audio and cruise control buttons and a leather-wrapped shifter handle. Front seatback comfort is enhanced by the use of specially developed seat cushions and seatback springs.

The sweeping twin cockpit design embraces occupants, and brushed aluminum-look insets flow into the center stack. The center console shape adds to the airiness of the interior, aided by the sculpted door panels and improved headroom. Each door panel houses a molded recess that can accommodate a 24-oz. soft drink bottle, as well as loose items.

Rear passenger comfort is enhanced by a central armrest in all models. All but the 2.5X base model features a new reclining rear seatback function and a retractable rear center tray that can securely hold food and drinks. The standard 60/40-split rear seatbacks fold to provide a flat cargo floor, made 5.2 inches wider between the wheelhouses by the double-wishbone suspension. The cargo area is large enough to accommodate four Tour-sized golf bags or four large overnight suitcases with the rear seatbacks raised.

The navigation screen is placed at the top of the dashboard for improved visibility and ease of use. The 2010 Forester comes pre-wired for XM® or SIRIÚS® Satellite Radio. The standard and optional audio systems feature the Radio Broadcast Data System, which can display a song's title and artist, plus other data.

Forester models equipped with the optional navigation system include Audyssey MultEQ® audio enhancement, which is also featured in Subaru Impreza models. Úsed in high-end home theater systems, Audyssey MultEQ creates the optimal sound experience for passengers in each seat position by tuning equalization that corrects for time and frequency response.

Renowned Subaru Attention to Detail
The headlights-off with ignition switch is a traditional Subaru convenience that can preserve battery life, and the 2010 Forester offers several important new conveniences, as well. On models with the 5-speed manual transmission, the Incline Start Assist feature can help prevent the vehicle from rolling backward when being driven away from a stop on an incline. With the automatic transmission, Forester is pre-wired for a remote-starting system. The dual gas-strut hood supports make opening the hood easier and safer than a prop rod.

The Forester 2.5XT models are powered by a revised 2.5-liter turbocharged/intercooled Boxer engine delivering 224 horsepower @ 5,200 rpm and 226 lb.-ft. of peak torque @ 2,800 rpm. The turbo engine gained a new intake system, redesigned turbocharger and intercooler in the 2009 redesign to produce more torque at lower rpm for a smooth stream of power.

Forester 2.5X and 2.5X premium models offer a choice between a standard 5-speed manual transmission and an electronically controlled 4-speed automatic. The automatic, which features SPORTSHIFT® control for manual gear shifting when desired, is standard for the 2.5X Limited and both of the 2.5XT models.

A rollover sensor is designed to activate the seat belt pre-tensioners and deploy the curtain airbags. The new-generation Forester, like the previous model, achieved a 4-star rating for rollover from the NHTSA, which indicated a 17-percent chance of rollover in its tests, which is among the best performances in the segment.

Rivaling the Kia Sportage, the Chevrolet Tracker and the Suzuki Grand Vitara, the Subara Forester was introduced in 1998 as a ‘hybrid vehicle that blended the attributes of a passenger vehicle and a sport-utility vehicle. A lightweight, small crossover SUV, or arguably a station wagon, the Forester was based on the Subaru Impreza platform and drivetrain. Subaru took the subcompact Impreza station....
Continue Reading >>