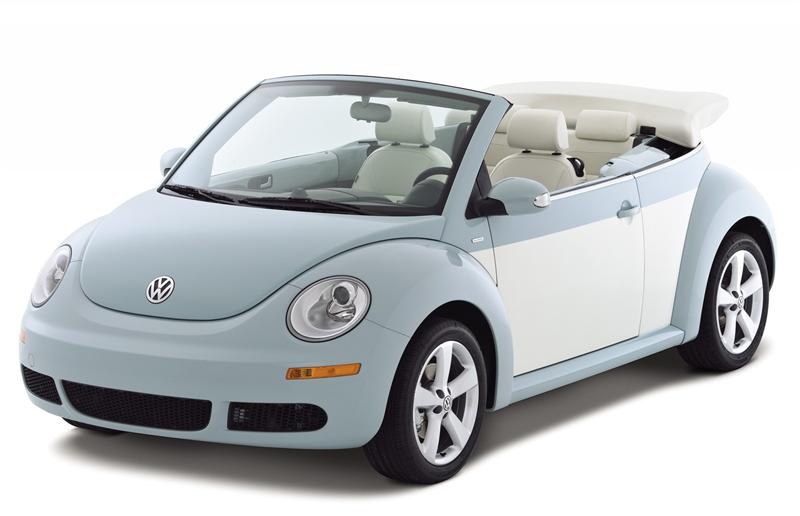 Only 1,500 of Each Model Will Be Available At Ú.S. Dealerships 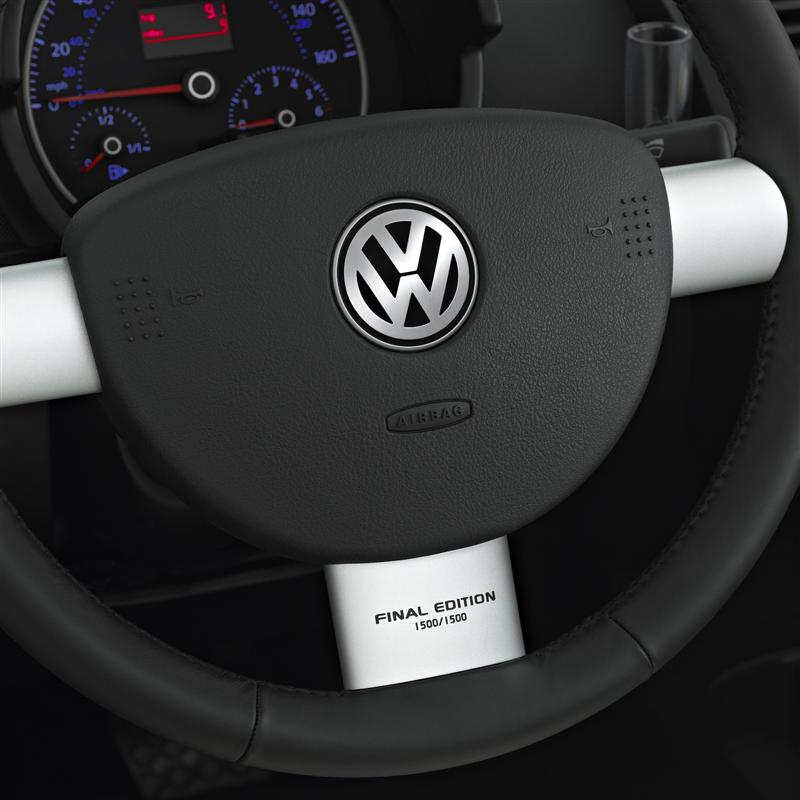 Volkswagen of America, Inc. today announced the 2010 New Beetle and New Beetle convertible Final Editions, which will mark the last of Volkswagen's current generation of the iconic models. Available in Ú.S. dealer showrooms beginning in the Spring of 2010, the Final Editions will be limited to only 1,500 units each. The Final Editions will receive a host of unique upgrades and touches that will truly set them apart from others cruising across the country.

'Since its launch in 1998, the New Beetle – and the New Beetle convertible that later followed – have connected generations of fans that love the cars' totally unique styling and characteristics that are simply unmatched,' said Mark Barnes, Chief Operating Officer, Volkswagen of America, Inc. 'The Final Editions combine all of the elements that best represent what people love the most about the New Beetle, and that have created the car's legacy, which will live on in generations to come.'

On the outside, the Final Editions come dressed in special Aquarius Blue paint with a painted black roof on the coupe, and a two-tone Aquarius Blue and Campanella White paint scheme with a white top on the convertible. Final Edition exterior badges help these models stand out from the crowd wherever they go. The coupe also adds individually numbered badges outside, and fog lights that are integrated into the front bumper. Both the coupe and the convertible have a full sport suspension and special 17-inch alloy wheels that provide a more fun-to-drive stance, and make getting from point A to point B even more exciting.

Inside, drivers are welcomed with an individually numbered, Final Edition steering wheel. The convertible entices with a sumptuous white interior that matches the top, and the special exterior paint scheme. Únder the hood of both models is Volkswagen's 2.5-liter inline five-cylinder gasoline engine, with its ready-to-go 150 horsepower, and 170 lbs.-ft. of torque. A six-speed automatic transmission with Tiptronic® puts the power to the pavement, and can change gears on its own, or let the driver select each gear by tapping the selector up or down. With the automatic transmission, the New Beetle can achieve an EPA-estimated 20 mpg in the city, and 29 mpg on the highway.

Like all 2010 Volkswagen models, the New Beetle and New Beetle convertible Final Editions come standard-equipped with the Electronic Stabilization Program (ESP), for safe driving in most any conditions, as well as Volkswagen's Carefree Maintenance Program. With this program, there are no charges for the scheduled maintenance described in the vehicle's maintenance booklet over the length of the New Vehicle Limited Warranty – three years or 36,000 miles, whichever occurs first. 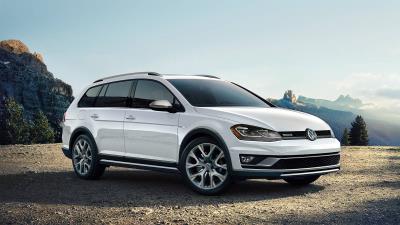 Volkswagen Golf Alltrack And Sportwagen To End Production In 2019

Golf Alltrack to remain in production through December in Puebla Upcoming SUVs and ID. family models to provide style and spaciousness in new ways Herndon, VA — Volkswagen of America announced today that the critically-acclaimed Volkswagen...