The EVOlution of race-inspired technology

The new 165 HP Multiair 1.4 turbo petrol engine is the result of a winning partnership between Fiat Powertrain Technology and Abarth race-derived know-how.Since the Fiat Powertrain engine was first presented at last year's Geneva motor show, Abarth engineers have been working hard to squeeze every last drop of power out of it and to improve its sporting performance in typical Abarth style.Multiair engine technology has revolutionised the world of petrol engines. Compared to a conventional petrol engine of equivalent size, a MultiAir engine develops more power (up to 10%) and more torque (up to 15%), while consuming significantly less (up to 10%) and emitting less CO2 (up to 10%), fewer particulates (up to 40%) and less NOx (up to 60%).The genius of the Multiair engine is embodied in its electro-hydraulic valve control system. Both fuel consumption and pollutant emissions have been slashed by using the engine's intake valves to control the air flow directly, without a butterfly valve in the intake. Úsing this already advanced technology as a starting point, Abarth's development department has made a series of modifications to arrive at the innovative new 165 HP Multiair 1.4 16 V. Power output, for example, has been optimised by the intelligent application of a new, larger turbocharger from Garrett. The result is superb performance with peak torque of 250 Nm (25.5 kgm) at 2250 rpm, and acceleration from 0 to 100 km/h in only 7.9 seconds.The sporty new Abarth Punto Evo also features a new performance mode selection system that modulates engine, braking and steering action to offer a choice of two different driving styles - Sport and Normal – to suit road conditions and driver preference.The mode selector is conveniently located on the central tunnel in front of the gear lever and lets you switch between the two modes quickly and easily, simply by moving a lever. The currently selected mode is displayed on the dashboard. If you are looking for a safe, relaxing drive, all you have to do is select Normal mode, while if you feel the need to enjoy the full performance of your Abarth Punto Evo, flip the switch to Sport position and thrill to the power! Sport mode makes the car more responsive, using electrical servo systems to modify handling and deliver the ultimate sporting feel. Due attention has also been paid to safety of course, so Sport mode also engages the TTC system automatically.As in rally cars, the driver is assisted by GSI (Gear Shift Indicator). On the Abarth Punto Evo, GSI acts like an intelligent 'co-driver' and provides a signal on the instrument panel to tell you when the right moment has arrived to shift up reducing fuel consumption.The Abarth Punto Evo's 1.4 Multiair petrol engine also features Fiat's innovative Start&Stop system. This switches the engine off automatically when the vehicle comes to a halt and the engine is left to idle, and restarts it again as soon as you are ready to move off. The system finds its ideal application in situations like city traffic and sequences of traffic lights. Whenever the control logic permits, Start&Stop automatically switches off the engine, saving up to 10% of fuel consumption and emissions in the urban cycle and up to 3.5% in the NEDC test cycle.As soon as you take your foot off the brake or engage first gear, the system immediately restarts the engine to give you instant power and responsiveness. On top of this, if you accidentally stall the engine while moving off, all you have to do is press down on the clutch to re-start it automatically.Start&Stop offers additional benefits in terms of comfort since it eliminates noise and vibrations from the passenger compartment while the car is stationary.The system is full interactive, and tells you whether the function is engaged or not via clear indications on the instrument panel. Start&Stop can be disengaged quickly and easily by a switch on the dashboard near the steering column.The innovative Multiair engine guarantees sports performance plus low emissions and reduced fuel consumption. Tests carried out by Abarth engineers have demonstrated that fuel consumption has been reduced despite the fact that power output has been increased. In particular, consumption is only 8.1 l/100 km in the urban cycle; only 6.0 l/100 km in the combined cycle, and 4.8 l/100 km in the extra-urban cycle. The Multiair engine is also impressively clean and already conforms to Euro 5 standards thanks to emissions of only 142g/km.The EVOlution of active and passive safety

The Abarth philosophy combines both performance and safety. The Abarth Punto Evo is therefore equipped with a series of highly effective systems to guarantee safe handling on all surfaces.
TTC (Torque Transfer Control) is the key to the car's active safety. TTC improves the transfer of torque from the engine to the wheels and guarantees excellent handling on bends, making fast driving safer and more fun than ever. TTC is a differential locking system that uses the mechanical differential as a reactive element in the transmission to control torque via the braking system and ESP sensors (wheel speed, steering angle, yaw, etc.).TTC is activated automatically in Sport mode. When engaged, the system automatically adjusts the degree of diff locking applied in accordance with dynamic factors like speed.In the area of safety, the Abarth Punto Evo sets new standards thanks to 7 airbags, including a driver knee airbag. The Punto Evo is one of very few cars in its segment with a driver knee airbag fitted as standard on all versions.The Abarth Punto Evo also boasts a powerful and effective braking system. Disc brakes are fitted to all wheels, with ventilated discs and Brembo double piston, fixed calipers at the front. The suspension system is derived from a tried and tested Abarth configuration. Front suspension is provided by independent McPherson struts, while rear suspension is semi-independent with a torsion bar. Abarth has also fitted a larger anti-roll bar together with front springs that are 20% harder than those of a standard suspension system. The result is impeccable road holding plus a high level of passenger comfort.The EVOlution of race-inspired aerodynamics

Also on a style level, the changes that Abarth have made to the Punto Evo concentrate on improving the car's performance and aerodynamics.Compared to the Fiat version of the car, the front bumper has been extended in width to incorporate the side flaps. The black intake cowl on the front has also been made deeper to match the lateral air outlets. This corrects and controls air flow and significantly improves aerodynamic efficiency around the sides of the car, just as on the full rally version.The rear of the Abarth features a completely redesigned bumper incorporating side air outlets. The diffuser, designed to optimise air flow, is a major feature of the bumper. The diffuser is the same as on the previous version, but has been given a new surround to enhance its looks and align its styling with the front splitter.The exhaust features larger diameter twin tail pipes, an obvious tribute to Abarth's glorious history. The new pipes, however have been given a different satin finish.The reversing lights and rear fog lights have been moved to the centre of the diffuser, forming a focal point as on formula racing cars, while new side reflectors outline and accentuate the profile of the aerodynamic deflector, simulating the effect created by the LED light cowl on the rear window.The spoiler has been completely redesigned, not only in terms of colour (it is now the same colour as the rest of the body, giving the car a longer, more dynamic look), but in terms of size too. Its longer, tapered shape has improved the car's CX and CZ values and made the new Abarth Punto EVO more stable than its predecessor.The logo trim has also been redesigned and combined with a new grille with a more sporty appearance. In the same way the badge is no longer round as on the previous version but has returned to the original shape, as used on the 500.The side flaps and skirts are finished in the same colour as the body, emphasising the car's aggressive nature and its 'stuck to the road' handling. The side graphics have also been restyled to match the front bumper and given new dimensions. The result is more in proportion with the side of the car and gives the body colour areas a sleeker appearance. Another new feature is the completely redesigned 17'' spoked wheels, with the Abarth scorpion logo in the centre.The car's interior has been completely updated too. The new materials have an appearance and finish inspired by the surface of motor racing circuits, bringing all the excitement of the track into the car.The new central control console is divided into two sections. The audio section is characterised by a black surface and a central LCD display. Únderneath, a separate section houses the air conditioning controls. The top of the console houses the air vents and a storage compartment.The purpose-designed Jaeger instrumentation features larger dials for the speedometer and rev counter, new race-inspired graphics, and a new anti-glare cowling covered in leather with open red and yellow stitching.The visual link with the new textured seats is obvious. The seats and seat backs are upholstered in soft black leather while the seat sides are finished in high-tech fabric to give the ideal balance between comfort, breathability and wear resistance.Customers can still choose the optional 'Abarth Corse' seats by Sabelt. These seats offer a perfect blend of racing characteristics including light weight and the ability hold the body steady against lateral and longitudinal forces.The EVOlution of power – the 'SS' kit

As was to be expected from Abarth, a high performance kit will be made available to coincide with the launch of the Abarth Punto Evo to boost engine power even further. In keeping with Abarth tradition, the tuning kit will give the new car more power than the basic model, enabling the Multiair 1.4 16v Turbo engine to develop a maximum power of 180 HP.
Following Abarth's performance tuning philosophy, the 'SS' kit also includes modifications to chassis components, including perforated, ventilated discs, high performance brake pads, lower springs, and 18' Abarth 'SS' alloy wheels painted in white or titanium, and fitted with performance tyres.
The performance delivered by the Abarth Punto Evo 'SS' kit is further enhanced by a special 'powered by BMC' air filter.As for the Grande Punto and the 500, the Abarth Punto Evo's 'SS' kit comes in a classic wooden performance case. To guarantee the highest standards of quality and safety, the kit can only be installed by Abarth's official performance tuning network.Source - Abarth

Specially designated Project 178, the Fiat Punto debuted in September of 1993. A supermini vehicle, the Fiat Punto was the replacement for the Fiat Uno. For 1995 the Punto was awarded European Car of the Year. The first generation lasted from 1993 throgh 1999 and was styled exclusively by Giorgetto Giugiaro.The Fiat Punto was an almost instant success, in part due to the legendary styling....
Continue Reading >> 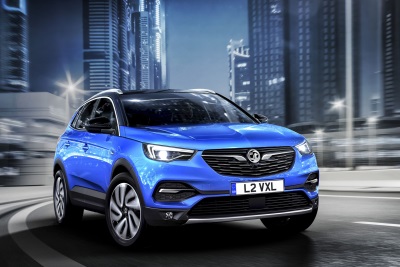