Genii Capital and Group Lotus plc today announced the creation of Lotus Renault GP, the successor to the Renault F1 Team that will contest the 2011 FIA Formula One™ World Championship. This exciting announcement is made in the context of a strategic alliance between the two companies that will provide Group Lotus with significant technological and commercial opportunities for its range of road cars.

Following the return of the Lotus name to Formula 1™ in 2010, under licence from Group Lotus, this historic announcement marks the complete return of the Lotus manufacturer to the sport, with the full backing of its parent company Proton. Group Lotus plc will become a major equity partner of Genii Capital in Lotus Renault GP, and the two parties have concluded a title sponsorship agreement that will run until the end of the 2017 season. With the continued support of Renault as a supplier of engines and technological and engineering expertise, Lotus Renault GP enjoys a strong, stable platform for future success.

Gerard Lopez, Chairman of Renault F1 Team, commented: 'We are delighted that we can now go public with the news that we will be racing as Lotus Renault GP in 2011. It is extremely exciting to begin a new era for the team in partnership with Group Lotus, and we will continue to enjoy a strong relationship with Renault over the coming seasons. It is a tribute to the excellent work this year by the team in Enstone that we have been able to attract both major sponsorship and new investment for a very bright future.'

Group Lotus CEO Dany Bahar said: 'I can think of no better platform for automotive brand communications than motorsport and F1 is the very pinnacle of open-wheel racing. We're well aware that there has been a lot of controversy around the usage of our brand in F1 and I'm delighted to be able to formally clarify our position once and for all: we are Lotus and we are back.'

The new partnership has been enabled by Renault selling its remaining shares in the team to Genii Capital. Group Lotus plc will subsequently become a major equity partner in Lotus Renault GP, which it will co-own with Genii Capital.

Renault will continue its strong support of the team with which it won the 2005 and 2006 world championships, as a supplier of engines and technological and engineering expertise. Reflecting this technological support, Lotus Renault GP will continue to compete with the Renault chassis name and Renault will enjoy pre-eminent brand exposure on the livery.

For 2011, the Lotus Renault GP cars will race in a new interpretation of the iconic black and gold colours that were last used when Lotus and Renault joined forces in the 1980s. This livery, which has been on the drawing board for over two months in order to reinterpret its iconic graphic signature to suit modern media requirements, is sure to strike a powerful chord with the sport's enthusiasts around the world.

The team scored a strong fifth-place finish in the 2010 constructors' championship, which included three podium finishes for Robert Kubica. Next season, Lotus Renault GP is aiming to take another step forward which will see it competing regularly with the most prestigious names in Formula 1™.Source - Lotus
Group Lotus plc and Genii Capital are pleased to announce a partnership which will see the Renault F1 Team renamed as ‘Lotus Renault GP' from the start of the 2011 racing season onwards. The association heralds the return of a highly successful Formula 1™ association between Lotus and Renault from the 1980s. Lotus' racing pedigree and heritage coupled with Renault's technology in Formula 1™ will set the united team on a path to future success.

Group Lotus plc will acquire a major equity stake in the team from Genii Capital. The transaction represents a partnership between Group Lotus and Genii Capital and signifies the beginning of a more comprehensive strategic alliance between the two organisations.

The partnership between Lotus and Genii brings the ability to quickly incorporate new technologies from F1™ cars into Lotus road cars including hybrid technology, Kinetic Energy Recovery Systems (KERS), aero advancements and lightweight materials. Genii, an investment holding company with a portfolio of automotive technologies, bring non-F1™ technologies such as lightweight braking systems, variable compression engine technology and on board software systems to the
partnership.

Group Lotus CEO Dany Bahar said: 'I can think of no better platform for automotive brand communications than motorsport and F1™. We're well aware that there has been a lot of controversy around the usage of our brand in F1™ and I'm delighted to be able to formally clarify our position: We are Lotus, and we are back.'

Dato' Sri Mohd Nadzmi Mohd Salleh, Chairman of Proton, Lotus majority shareholder, said: 'We know that Group Lotus has much to offer Formula 1™ and vice versa. After careful consideration, we believe this arrangement will be fruitful, both from a commercial and marketing point of view. '

Tun Dr Mahathir Mohamad, Proton advisor and former Prime Minister of Malaysia, said: 'This is an exciting development which delivers strategic benefits to both Group Lotus and Proton. I fully support the partnership.'

Carlos Ghosn, Chairman and CEO of Renault, commented: 'This multi-partner alliance will bring a new dynamic to the team and enable it to compete with the sport's best from next season.'

In addition to this, Genii is also offering Proton the ability to leverage on its existing business relationships in Russia and other parts of the world, as a means to expand Proton's global reach. Through Genii, Proton can also potentially access advanced automotive technologies by virtue of Genii's association with Mangrove, a venture capital group.

Vital Stats
Gerard Lopez, founding partner of Genii Capital, said: 'For Group Lotus, access to Formula 1™ opens up new marketing opportunities and a major platform for business exchanges and development. In this regard, Genii Capital possesses shareholdings in, and direct access to, cutting edge companies in the automotive industry. Our tie-up with Group Lotus and Proton, which will enable its future road car ranges to take advantage of significant new technologies, is a natural step.'
Source - Lotus 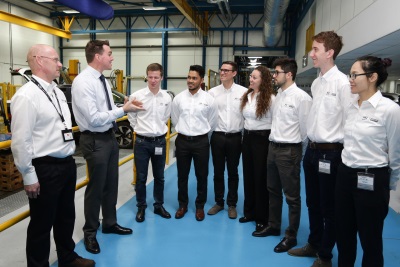 Hong Kong – Exciting new chapters began this month in the careers of the seven winners of the 2016 INFINITI Engineering Academy, as they started their dream engineering placements with INFINITI... 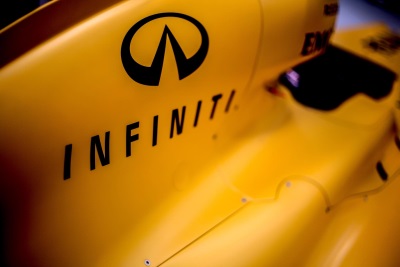 Mercedes-Benz is proud to announce that Mercedes-AMG High Performance Powertrains (HPP), Brixworth, has been awarded the coveted Dewar Trophy – renowned as the most prestigious award in British engineering...
© 1998-2020. All rights reserved. The material may not be published, broadcast, rewritten, or redistributed.