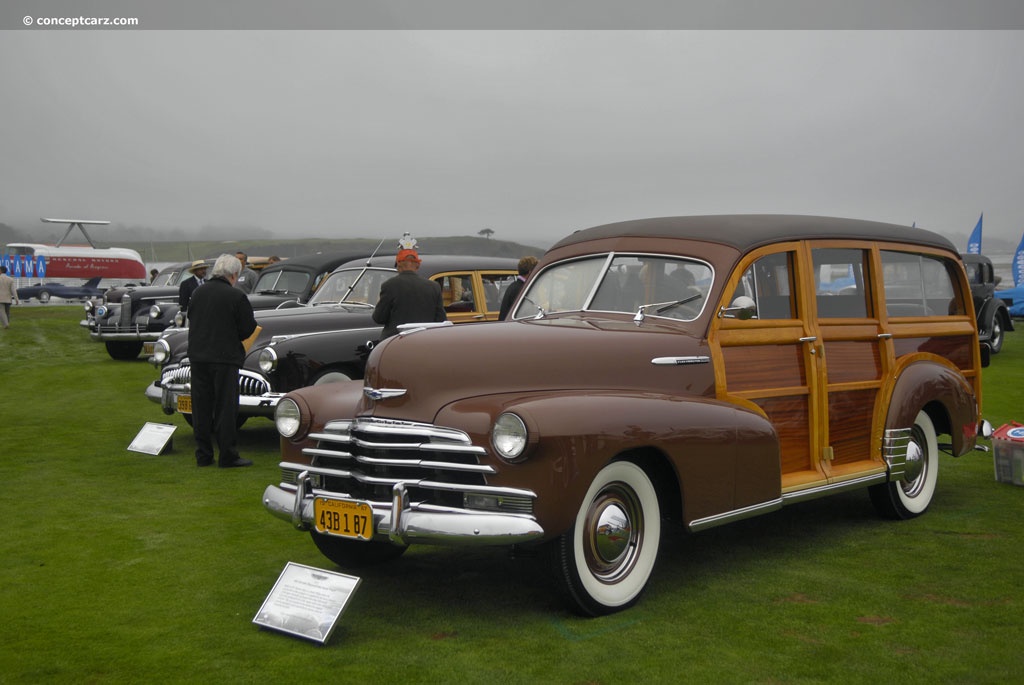 The division built 4,912 in 1947 and 10,171 in 1948, but for the Chevrolets redesigned 1949 lineup, station wagons were all steel.
by Daniel Vaughan | Apr 2005Considered to be a very handsome vehicle, the Chevy Fleetmaster was introduced in the middle of 1941. One of the lowest quantities manufactured of any Chevy vehicles of all time, the Fleetmaster was a beautiful and very rare streetrod. Basically prewar designs, the Chevy Fleetline was in great demand and was a very popular seller.

On October 3, 1945 the Fleetmaster first rolled off the assembly line in very small numbers. At the time there was a shortage of critical materals, mostly sheet steel. Unfortunately a United Auto Works strike was called on November 21rst and production was unable to resume at a normal pace. The assembly lines halted completely and weren't resumed until March 13, 1946 when the strike was settled. Chevrolet became the first GM division to resume production on March 29th.

The 1946, '47 and '48 Chevy models were basically ‘warmed over' versions of the 1942 models. This was following four years with no civilian passenger vehicles being produced. Chevrolet chose to serve up existing models, much like its competitors. The demand for new vehicles was extreme, and the paid-for factory tooling was already in place. The Master DeLuxe became the Stylemaster while the Special DeLuxe was rebadged as the Fleetmaster. The Fleetline morphed into the Fleetmaster subseries. There was no business coupe in the Fleetmaster lineup, but other than that, the body type remained the same.

Featuring low, wide grillwork and headlights the 1942 Chevy Fleetmaster was basically the same as the final prewar series with only a few significant mechanical distinctions. In 1947 the grille and beltline molding were further advanced, and at this time the Fleetline Aerosedan was once again Chevy's volume leader, surpassing the 1946 Stylemaster Sport Sedan. The headlights smoothly blended into front that meshed into the doors much like Buick's style.

For the 1948 model year only a few minor modifications in the trim were made. Unfortunately the demand for the Fleetmaster was ebbing, and additional changes were no longer necessary. In January of 1949 there finally appeared a ‘true' postwar Chevrolet.
A total of 162,632 1946 Fleetmaster models were produced, 264,584 units in 1947 and 248,778 in 1948.By Jessica Donaldson
Vehicle Profiles

Priced at $1,628, the convertible was the second most expensive Chevrolet for 1947, exceeded only by the wood-bodies station wagon in factory price. Standard equipment included a power top, 90-horsepower 'Stovebolt' six-cylinder engine, and DeLuxe t....[continue reading]

Built on a 116-inch chassis and powered by a six-cylinder, 90 bhp motor, the coachwork on this example was supplied by the Ionia Company of Michigan. Basically unchanged from their 1946 model, Chevrolet produced 4,912 of the wagons with a base selli....[continue reading] 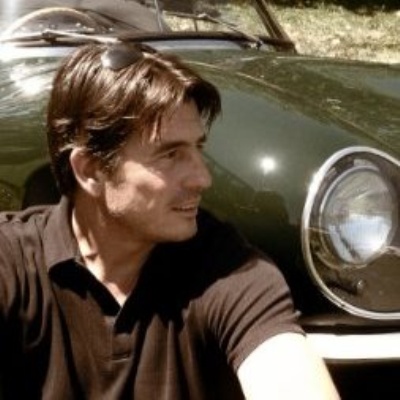 Adam Langsbard, a veteran marketing pro with more than 20 years experience, has already helped launch the New Petersens awareness and fundraising campaign and has locked in significant partnerships...

Top Collectors and Celebrities to Display More Than 60 Unique Vehicles on November 20 More than 60 historic and unique vehicles to be displayed at Gilbert Lindsay Plaza Influential icons, influence... 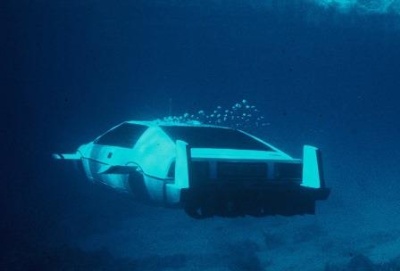 RM Auctions lifts the gavel on the one and only functional submarine car, used in the James Bond film The Spy Who Loved Me, at its eagerly awaited central London sale, 8–9 September Fully functio...

Los Angeles Shelby American Automobile Club (LASAAC) will celebrate the incredible life of the automotive legend with the first annual Carroll Shelby Tribute and Car Show on May 11, 2013, one year after...

671,546 total vehicles produced by Chevrolet in 1947
Total 1947 Chevrolet Fleetmaster production: 0
© 1998-2020. All rights reserved. The material may not be published, broadcast, rewritten, or redistributed.