Infiniti Red Bull Racing set the defense of its Formula One Drivers' and Constructors' Championship titles in motion today with the launch of its 2013 car, the RB9, in Milton Keynes ÚK.

In front of an audience of team members, partners, guests and international media, drivers Sebastian Vettel and Mark Webber drew back the sheet to reveal the RB9, the final installment in a generation of designs that have bought Infiniti Red Bull Racing 34 grand prix victories and six World Championships.

Despite the largely unchanged nature of the technical regulations for 2013, Adrian Newey explained that the off-season was far from relaxed.'It's a tribute to all the hard work of the guys over the winter because we had a very tight championship battle last year,' he §äid. 'It was difficult trying to continue development of last year's car while also doing research into the RB9. Obviously it worked for us, but it gave us a very tight timeframe to design and manufacture this car. 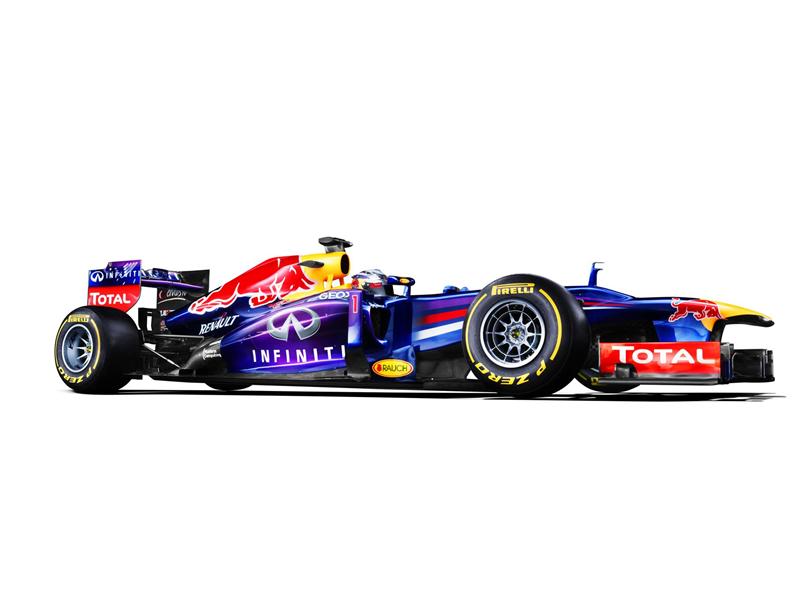 'RB9 is an evolutionary car,' he added. 'Probably the most significant change is not the regulations, but the new Pirelli tires. We had a quick test with those in practice ahead of the Brazilian Grand Prix but in truth we didn't learn a lot because of the conditions. Pirelli have supplied us data about how the new tires behave but past experience tells us that it's only when we go testing that we really find out.'

'The fact that this is my seventh season with the team is a massive advantage,' said Mark. 'I couldn't have envisaged it when I joined and it's hard to believe that you could be with the same Formula One team for seven years, as continuity is not always easy to achieve in this sport.

'I think the way we keep people excited and motivated here is important,' he added. 'It's quite a small operation, but obviously we're big on ambition and desire and that makes us perform very well. I've really enjoyed the years I've had here so far and I can't wait to get going this season.'

After a thrilling climax to the 2012 season which saw Sebastian claim his third title in as many years, the sport's youngest ever triple world champion has had the opportunity to recharge his batteries over the last two months and professed himself more than ready to begin the task of trying to win a fourth straight title, something done only twice before in the history of the sport.

Vital Stats
Engine : 2.4 L., 8-cylinder
Power: 750 hp
7-speed Semi-Automatic
'We had a very strong finish last season, but it was hard as the season was so long – it was important for me to enjoy being home,' he §äid. 'Pretty soon though I started training again, preparing for the new season and I'm very excited because this is the first time I've seen the car in one piece. I've seen little bits, but it looks very nice, so now we'll get to see if it works as expected. I'm excited to get going again, to get back in the car, start testing and then go racing. Then, we'll finally find out where we are.'

As Infiniti Red Bull Racing begins the defense of its world titles, Christian Horner emphasized the value of stability in the team. 'The 2012 season was tough and long, but our success was testimony to all the hard work and dedication in the factory,' he §äid. 'We're fortunate that we've been able to maintain continuity within our group. This is the fifth year that this driver pairing has been together. We've got continuity throughout all of the technical teams and all the key areas. I think that's proof that there is a fierce determination to keep both of those trophies in the cabinet for another year.' 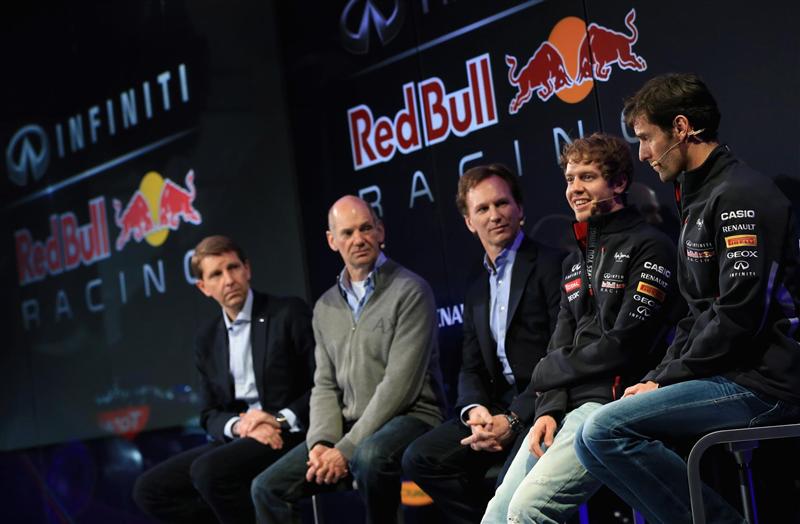 The team departs for southern Spain this evening, with testing of the RB9 due to commence at the Jerez de la Frontera circuit on Tuesday. Mark will give the car its track debut, driving on February 5 and 6, with Sebastian taking over for the final two days, on February 7 and 8.Source - Red Bull

The launch today of Infiniti Red Bull Racing's 2013 car, the RB9, not only marked the unveiling of the car with which the team will defend its Formula One Drivers' and Constructors' titles, but it also ushered in a new era for the team. The car features a striking new livery that reflects the strengthened relationship between Red Bull Racing and premium automotive brand Infiniti.

Triple World Formula One Champion Sebastian Vettel and nine-time grand prix-winner Mark Webber were on hand at the team's ÚK base at Milton Keynes to give the world's media its first glimpse of the new car and livery, which integrates Infiniti's purple-hued branding with the team's existing racing colors.

The unveiling was an opportunity for Infiniti to reveal that not only has it agreed a four-year deal to become the team's title partner, as announced in November 2012, but also that it will become the exclusive Vehicle Performance Partner of the team. 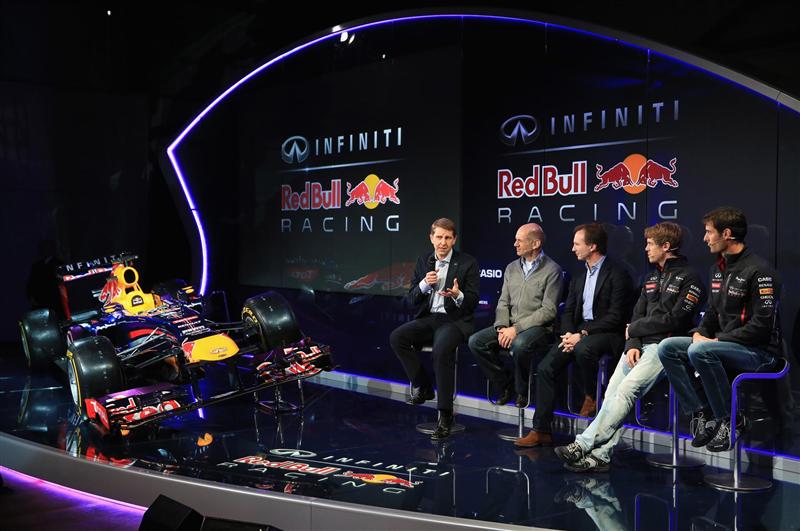 Commenting on the enhanced relationship, Johan de Nysschen, President of Infiniti Motor Company said: 'Our new, increased partnership as Infiniti Red Bull Racing is a key milestone for Infiniti and a clear indication of our commitment to building the brand globally,' he §äid. 'While the first 24 months delivered outstanding results for both parties, our deeper involvement, which now sees us truly integrated as one team, will bring significant benefits to our people, processes and technology. We go into the 2013 season and beyond with a shared objective to deliver world-leading performance on the track and the road.'

Infiniti already has engineering personnel working at the team's Milton Keynes HQ, highlighting the deepening technical synergy between the team and the car manufacturer. The marque aims to integrate further team members into the Vehicle Performance department in Milton Keynes.

Infiniti believes that rotating technical staff through the F1 environment will bring benefits in development processes and performance expertise. An early indicator of the value of the technical collaboration between the organizations was last year's development of the Infiniti FX Vettel Edition from concept to production in just six months. More recently, Infiniti Red Bull Racing drivers Sebastian Vettel and Sebastien Buemi had a hands-on role test driving and developing the new Infiniti Q50.

Commenting on the strengthened relationship, Infiniti Red Bull Racing Team Principal Christian Horner said: 'Our stronger link with Infiniti from 2013 is part of the natural evolution of our team and demonstrates its growth. We are still a young racing outfit and this title partnership is a very welcome aspect of our development. I firmly believe it will prove to be of enormous benefit on both sides over the coming years.'Source - Red Bull 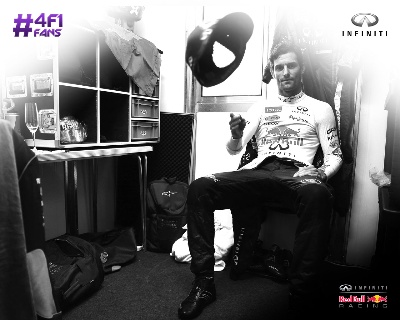 MILTON KEYNES, UK - While Mark Webbers rivals relaxed at the end of a grueling 18-race Formula One season, the intrepid Aussie embarked on the cycling leg of his charity challenge in Tasmania.... 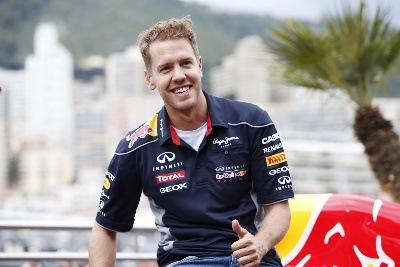 NASHVILLE, Tenn. – Sebastian Vettel was voted Overseas Sports Personality of the Year at the BBCs annual gala. Hes the second racing driver to win the award, following in the footsteps of Niki... 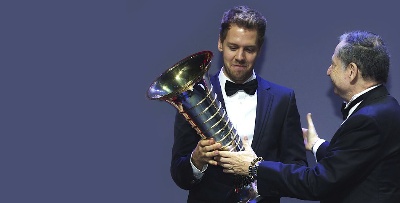 Seb and the Team Crowned Champions 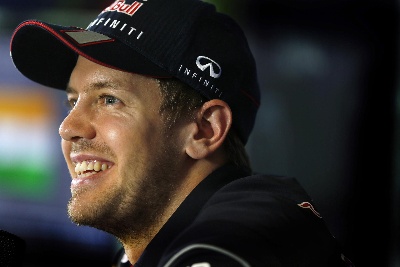 SEB AND THE RB9: AN AWARD-WINNING COMBINATION

LONDON – Sebastian Vettel has been named International Racing Driver of the Year and the RB9 handed the prize for Racing Car of the Year at this years Autosport Awards in the UK, the fourth year... 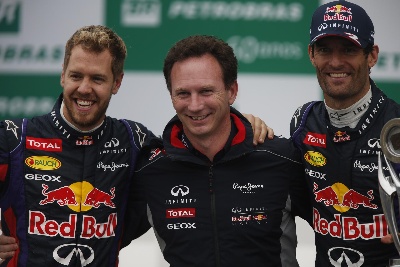 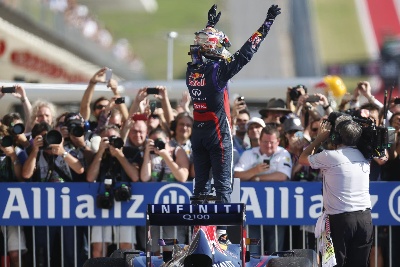 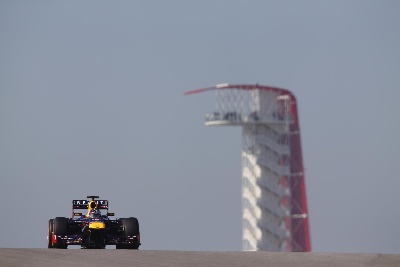 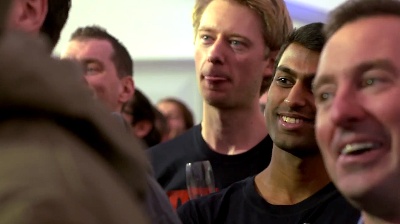 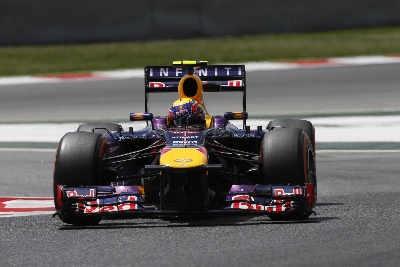 Sebastian Vettel retained his lead in the fight for the Formula One Drivers Championship with fourth place at the Spanish Grand Prix, while Mark Webber improved from seventh at the start to a well-deserved...
2013 Formula One Season2013 Season Review